Here at Men Suck we’ve talked about the sexist “rules” from the past and I’ve found another gem one for you.  These are some dating rules from 1938. Just goes to show that Men Sucked even way back then. LOL

The author called the article “13 Hilarious and Marginally Sexist Dating Rules in 1938” but she doesn’t really say where she got these from. I wished she would have documented her source. It would have been interested to see. Either way, I thought they were kind of funny too so I wanted to share them with you. Enjoy!

DON’T BE SENTIMENTAL or try to get him to say something he doesn’t want to by working on his emotions. Men don’t like tears, especially in public places. 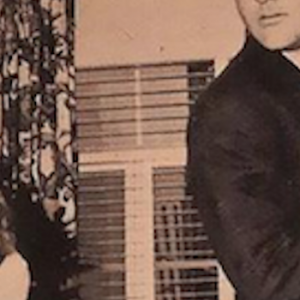 DON’T USE THE CAR MIRROR to fix your make-up. Man needs it in driving, and it annoys him very much to have to turn around to see what’s behind him.

DON’T SIT IN AWKWARD POSITIONS and never look bored, even if you are. Be alert, and if you must chew gum (not advise), do it silently, mouth closed. DO YOUR DRESSING in your boudoir to keep your allure. Be ready to go when date arrives; don’t keep him waiting. Greet him with a smile! MEN DON’T LIKE girls who borrow their handkerchief and smudge them with lipstick. Makeup in privacy, not where he sees you. CARELESS WOMEN never appeal to gentlemen. Don’t talk while dancing, for when a man dances he wants to dance. IF YOU NEED a brassiere, wear one. Don’t tug at your girdle, and be careful your stockings are not wrinkled. DON’T BE FAMILIAR with your escort by caressing him in public. Any open shower of affection is in bad taste, usually embarrasses or humiliates him. DON’T BE FAMILIAR with the headwaiter talking about the fun you had with someone else another time. Men deserve, desire your entire attention. DON’T TALK ABOUT CLOTHES or try to describe your new gown to a man. Please and flatter your date by talking about the things he wants to talk about. DON’T DRINK TOO MUCH, as a man expects you to keep your dignity all evening. Drinking may make some girls seem clever, but most get silly. DON’T BE CONSPICUOUS talking to other men. The last straw is to pass out from too much liquor. Chances are your date will never call you again!

If you want to trigger strong feelings of attraction and adoration in your man, you have to know how to get on the same frequency with him.

Imagine never having to deal with his silent treatment again. (Which is just really code for “I’m angry but don’t want to talk about it”.)

When you know how to read him and know what he’s thinking and feeling, unpleasant situations like the silent treatment will be a thing of the past. Right now, there are currently 538 others online, just like you!
Menu