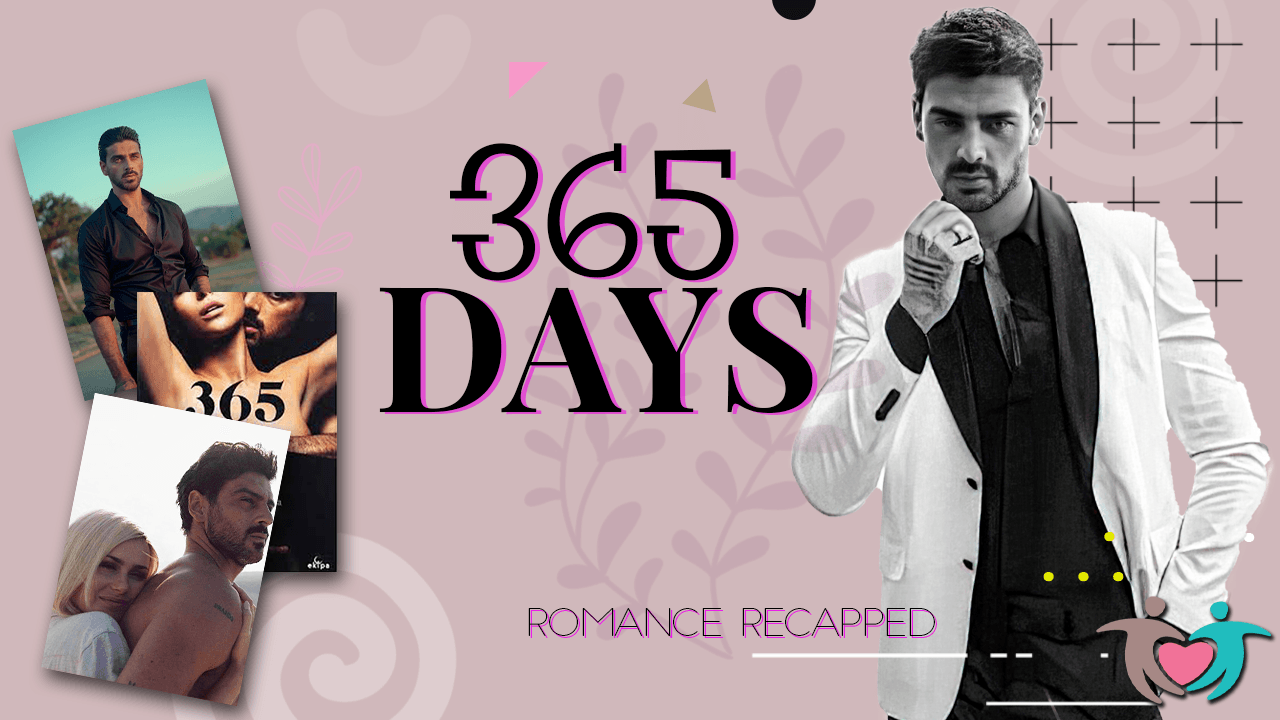 Have you ever wished you could have a quick recap of a movie, so you know what it was about without actually having to watch it? Well then, I’ve got you covered.

Today, I will explain a dark romance called 365 Days, which was initially released on Netflix in 2020.

The movie begins with the head of the Sicilian Mafia crime family talking to some black-market dealers. They are trying to smuggle children into the country, but the mafia boss isn’t interested.

Off in the distance, the mafia boss’s son – Massimo, is using a telescope to look at a beautiful woman down at the beach. He doesn’t know who she is but is fascinated by her.

His father warns his son to be careful of beautiful women as they are a paradise for the eyes but hell for the soul and purgatory for the wallet.

His father warns Massimo that it’s time for him to step up and take his responsibility seriously. He’s not a kid anymore, and one day he’ll be in charge of the family business and needs to start acting like it.

As if on cue, the mafia boss is shot right in front of Massimo with the bullet going clean through him, also hitting Massimo in the process.

Fast forward five years, where we see that Massimo has indeed taken charge of the family business.

He is in a meeting with some investors where he strong-arms them to refund some of his family’s money that they lost. They try and tell him that they can’t do that, as all investments come with some risk, but Massimo won’t hear of it. Instead, he says that the only risk is to them when he exposes all of their dirty little secrets. They either give his money back, or Massimo will ruin their lives, leaving them no choice but to do as he wants.

Next, we get our first glimpse of Laura, who is at work, being blamed for a problem with a client. She shows her boss and her sleazy co-worker that she is a force to be reckoned with – not to discount her just because she’s a woman.

When she gets home, her boyfriend is busy watching a movie. She wants to have some alone time with him to celebrate her win at work, but he rebuffs her attempts to be intimate, leaving her frustrated.

Now Massimo is on his private jet on his way back to Italy, where the beautiful hostess helps him blow off some steam.

It’s Laura’s birthday, and she goes on holiday with her boyfriend Martin, his friend, and her best friend, Olga. It’s supposed to be a special trip, but her boyfriend only serves to annoy her by proving he cares more about himself than he does her. The more time they spend together, the more Laura realizes that he really isn’t the one for her.

Annoyed with Martin, she walks off one night to escape her selfish boyfriend and runs into Massimo for the first time. She has no idea who he is, but he very much recognizes her. It’s the face from that tragic day all those years ago that has stuck with him, burned into his memory as if she was an angel from the heavens.

Massimo decides to kidnap her. I mean, who cares about a little thing like freedom will when it comes to love, right?

He tells Laura that he won’t hurt her and not to freak out. But she has to stay with him for one year. And at the end of those 365 days, if she doesn’t love him, he’ll let her go. No harm, no foul.

She’s not remotely interested in staying with him and wants to go back home to Poland, but Massimo won’t let her go. He tries to explain that he’s been searching for her for the past five years, and now that he’s found her, he’s not letting her go.

She refuses to even consider such a thing. She wants to go back home to her friends, her job, and yes, even her stupid boyfriend, Martin.

Massimo informs her that she doesn’t have a boyfriend anymore and shows Laura pictures of Martin cheating on her.

Laura doesn’t care. Even if she doesn’t go back to Martin, she still wants her freedom. But Massimo won’t let her go, not now.

He wants a chance to prove they were meant to be together.

But life as a mafia boss isn’t easy. He still has business to take care of, and that means he has to leave Laura while he goes to attend to matters. He leaves Laura in the care of one of his trusted guards because he doesn’t want her to escape.

However, Laura outwits her guard and while trying to escape walks in on Massimo executing a man involved in trafficking, which his family is adamantly against. Massimo may not be perfect, he is a gangster after all, but he’s not about hurting children.

Still, Laura doesn’t know this, so when she sees the execution, she faints. It’s all just too much for her to take. She hates Massimo even more now.

The next day he takes her shopping, trying to win her over. It doesn’t work. She still tries to escape, but with no luck. Even the police know better than to cross Massimo.

Over dinner, he tells Laura to teach him how to be more gentle. She still doesn’t know if she can trust him, but it is the first time we see there might be hope for them.

The following day Laura wakes up next to Massimo. He hasn’t touched her yet. He promised her in the beginning he wouldn’t force her to do anything she didn’t want to do. So that means if they are going to be intimate, she has to ask for her.

Although she doesn’t want to be intimate with him, that doesn’t mean she won’t tease him. To show him what he can’t have. It doesn’t work, though. Massimo ends up being the one to show her what she’s missing out on.

He leaves her alone but not before warning her not to provoke him. He’s a man with only so much restraint, after all.

Massimo takes Laura with him to Rome, where he has to meet with his cousin. Annoyed with him, she tries to embarrass him by making a scene with some ice cream, but it doesn’t work, so she jumps in the fountain. Still, Massimo won’t be deterred.

He drags her soaking wet body back to his room to clean up.

When she tries again to tease him, he decides it’s time to teach Laura a lesson, so he chains her to the bed and makes her watch as another woman pleases him.

This infuriates Laura, and she thinks she’ll get him back that night when she wears a revealing dress to the club where Massimo is meeting with some unsavory business characters.

These men don’t know who Laura is. All they see is a pretty girl in a revealing dress, and that leads to one of the men laying hands on her. Massimo can’t have that. He won’t allow anyone to disrespect his woman, and well, that means Massimo has to take them out.

Laura feels bad that she provoked him and caused the problem at the club the night before, especially knowing that it meant because of her people had to die.

The next day on a yacht, Massimo and Mario, his father’s trusted aide, argue about Laura, warning him that last night was probably the start of a mafia war – all because of Laura.

Massimo knows that Mario is right, but it doesn’t matter. He loves Laura, and he can’t let her go. He’s been dreaming about her for the last five years. He can’t walk away now that he’s found her.

Laura overhears part of what Mario was saying and apologizes to Massimo for her behavior the night before. They argue, and she falls into the water. Massimo rescues her. Even if he is angry with her, he still loves her, and he can’t let her die.

When she comes to, she realizes what happened and that he saved her. This shows her that he does truly care for her. She pulls him in for a kiss, and he warns her not to tease him, but she isn’t playing around. She really wants to be with him.

This is the real start of their passionate love affair.

Massimo takes Laura to a masquerade ball where she meets Anna, which is who Massimo was dating before he kidnapped her.

Anna is the head of a rival mafia family, and she wanted her and Massimo to be together and unite their two families.

Massimo always told Anna that one day he would find the mystery girl, which turned out to be Laura. Of course, Anna never believed she was real so she isn’t happy about their breakup.

She threatens to kill Laura, but Massimo assures Laura he would never let anyone hurt her. He loves her, and he will always protect her.

Massimo sends Laura back to Poland to visit her friends and family. There she reconnects with her best friend, Olga. They visit the hair salon, and Laura dyes her hair blonde.

They visit a club that night, and Laura runs into her ex, who tries to convince her that she’s sorry and wants her back, but she won’t consider it.

He is adamant, and he follows her to her apartment, where she tells him to leave.

He finally does after he finds out Massimo is there waiting for Laura.

With Martin out of the way, Massimo and Laura are finally reunited, where she tells him that she doesn’t need 365 days, she already loves him.

The next morning she wakes up with a ring on her finger, and Massimo asks her to marry him.

Laura takes Massimo to meet her parents. She begs him not to tell them what he does, but he doesn’t listen. He is who he is, and either they accept him for that, or they don’t. Either way he isn’t going to lie about who he is.

Luckily they do seem to like him but only because all they care about is that their daughter is happy.

Laura and Massimo head back to Italy. He flies her best friend Olga in from Poland to help her with the wedding details.

Massimo isn’t a big fan of Olga, but hey, it’s Laura’s best friend, so he tolerates her to make Laura happy.

Laura confesses to Olga that she’s pregnant. Olga is worried, asking her if she is sure she knows what she’s doing. Laura tells her that she has never been more sure about anything in her life. She loves him. She wants to spend the rest of her life with Massimo. So Olga does what best friends do and tells her that she’ll support her no matter what.

As Laura and Olga are enjoying time together, Massimo finds out that someone has put a hit out on Laura. He tries desperately to reach her, but it’s too late.

As Laura and Olga’s car enters a tunnel, the movie ends.

If you liked the recap of this movie, be sure and subscribe to our new YouTube channel, Romance Recapped. 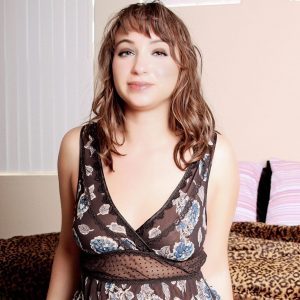 If you like my movie recaps, be sure and subscribe to our new YouTube channel, Romance Recapped. It would really mean a lot to me to have your support!