Alpha is a romance novel by Jasinda Wilder.

The first time it happened, it seemed like an impossible miracle. Bills were piling up, adding up to more money than I could ever make. Mom’s hospital bills. My baby brother’s tuition. My tuition. Rent. Electricity. All of it on my shoulders. And I had just lost my job. There was no hope, no money in my account, no work to be found. And then, just when I thought all hope was lost, I found an envelope in the mail. No return address. My name on the front, my address. Inside was a check, made out to me, in the amount of ten thousand dollars. Enough to pay the bills and leave me some left over to live on until I found a job. Enough to let me focus on classes. There was no name on the check, just “VRI Inc.,” and a post office box address for somewhere in the city. No hint of identity or reason for the check or anything. No mention of repayment, interest, nothing…except a single word, on the notes line: “You.” Just those three letters.

If you receive a mysterious check, for enough money to erase all your worries, would you cash it?  I did. The next month, I received another check, again from VRI Incorporated. It too contained a single word: “belong.” A third check, the next month. This time, two words. Four letters. “To me.” 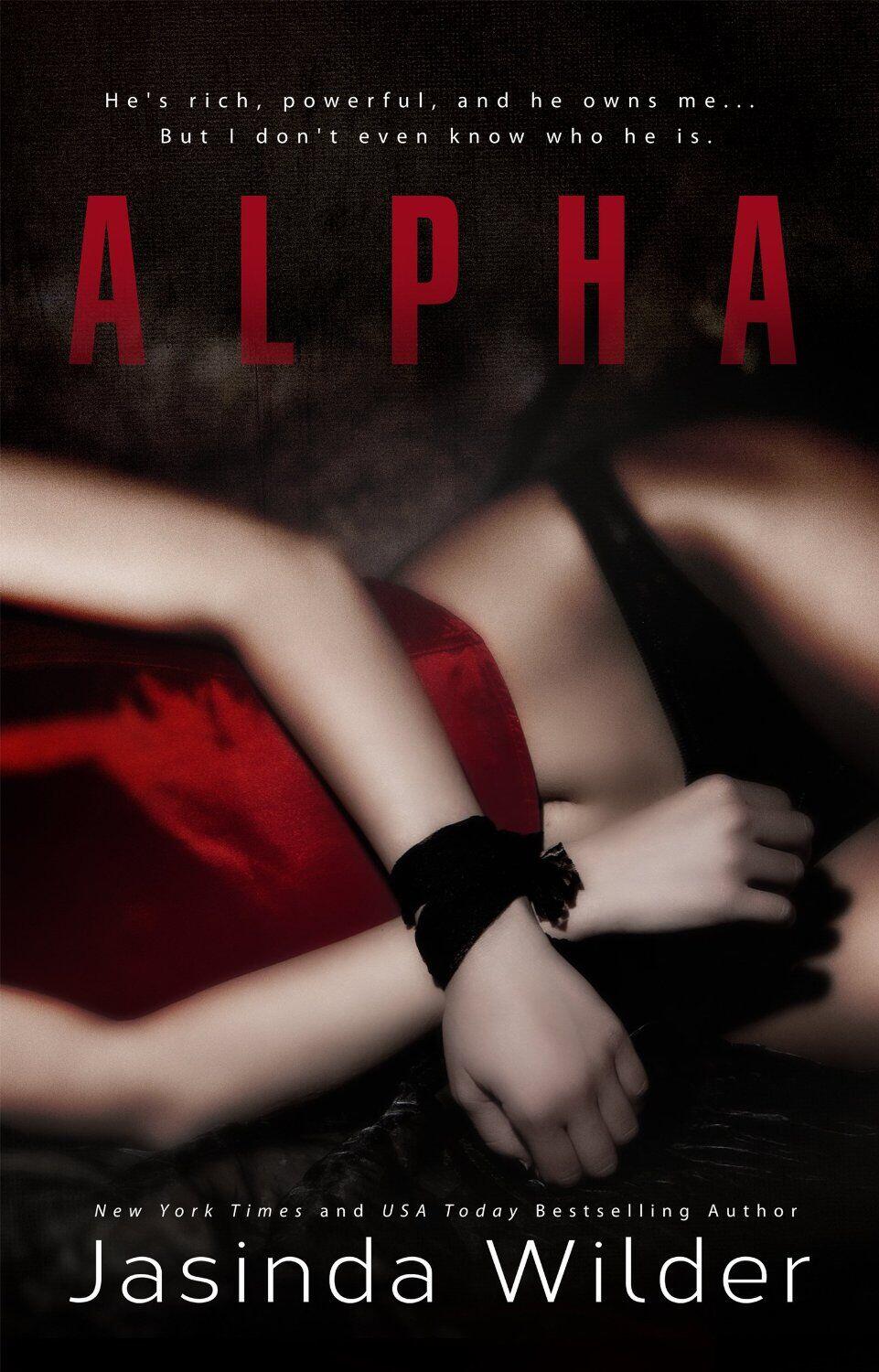 The checks kept coming. The notes stopped. Ten thousand dollars, every month. A girl gets used to that, real quick. It let me pay the bills without going into debt. Let me keep my baby brother in school and Mom’s hospice care paid for. How do you turn down what seems like free money, when you’re desperate? You don’t. I didn’t.

And then, after a year, there was a knock on my door. A sleek black limousine sat on the curb in front of my house. A driver stood in front of me, and he spoke six words: “It’s time to pay your debt.”

Alpha by Jasinda Wilder is now available at Amazon

Jasinda Wilder is back and better than ever. I was absolutely in love with her book Falling Into You but not so much of her next book or two, especially Stripped. This one however was incredible.

Like Falling Into You, this book took you on a  suspenseful roller coaster ride of emotions. And the passion … oh hell the passion. This book is downright HOT.

The story is about a girl who lost her father and was left alone to pick up the pieces of her life. Her mother fell apart and her brother was underage. She was alone, left to be the adult of the family. Life wasn’t easy for her and seven years later, she wasn’t doing any better. Her mother had to be placed in a home full time and her brother was now in college, of which she was trying to help pay for, while working a series of dead end jobs.

Then comes a lifeline … a check for $10,000 and the story really picks up from there.

Overall it was a great story. Seriously highly recommend you go pickup this book right now.

But that was not to say the book was perfect. First is the overuse of erotica.  Not that i’m a prude but let’s just say you can tell her husband had a heavy part in writing those aspects of the book, making the book teeter on the edge of romance to down right pornographic.

Next is the issue of weight. It seems to creep into her books that make part of her story a little unrealistic. For example, in this book the girl in question is 130 to 140 pounds. While I’m not trying to fat shame anyone, I’m just saying that several aspects of the story don’t jive with a girl who is so obviously heavy.

All of the aspects of the book fit perfectly within the normal romance genre, but in that one part she had to put in there the weight and that really chances everything. My mind couldn’t help but flash back to Jasinda Wilder telling us how heavy the girl was whenever something in the story would happen that makes you question that. Like the part where the guy picked her up with ease and threw her over his shoulder like a caveman.

There were about 5 different times you get taken out of the story remembering the weight issue.  It removes you from the world the author builds up in the story and jerks you back to reality to start thinking about the reality of those things.

I don’t know. It just really annoyed me. The entire story could have been vastly improved by simply just never stating her weight in the first place. Then you wouldn’t have those odd moments in the book where the reader stops to wonder how certain things are possible if the main character was so heavy.

Overall though, it really was a great book with just a few little quirks. I highly suggest you go pickup a copy of it now and when you do expect not to be able to put it down. It will leave you on the edge of your seat the entire time!

I give Alpha a BUY IT. This was a great book and one you’ll no doubt want to read again and then share it with a friend or two and then perhaps read it even one more time.

Right now, there are currently 485 others online, just like you!
Menu