Ruthless Creatures is a Mafia romance or what people are now calling a dark romance, but more on that later. It’s the first book in the Queens & Monsters series by J.T. Geissinger.

There is a reason this book is a best seller. It is well written and has a story that doesn’t just grab your attention, it keeps it. Ruthless Creatures is a book I highly recommend. But first, let’s talk about why.

Is Ruthless Creatures a good book?

I’m the kind of person that likes to go from one genre to the next. Today I might read a mafia romance, then tomorrow, I want a sci-fi alien romance. Then the next day, I’m off to reading a paranormal romance series. 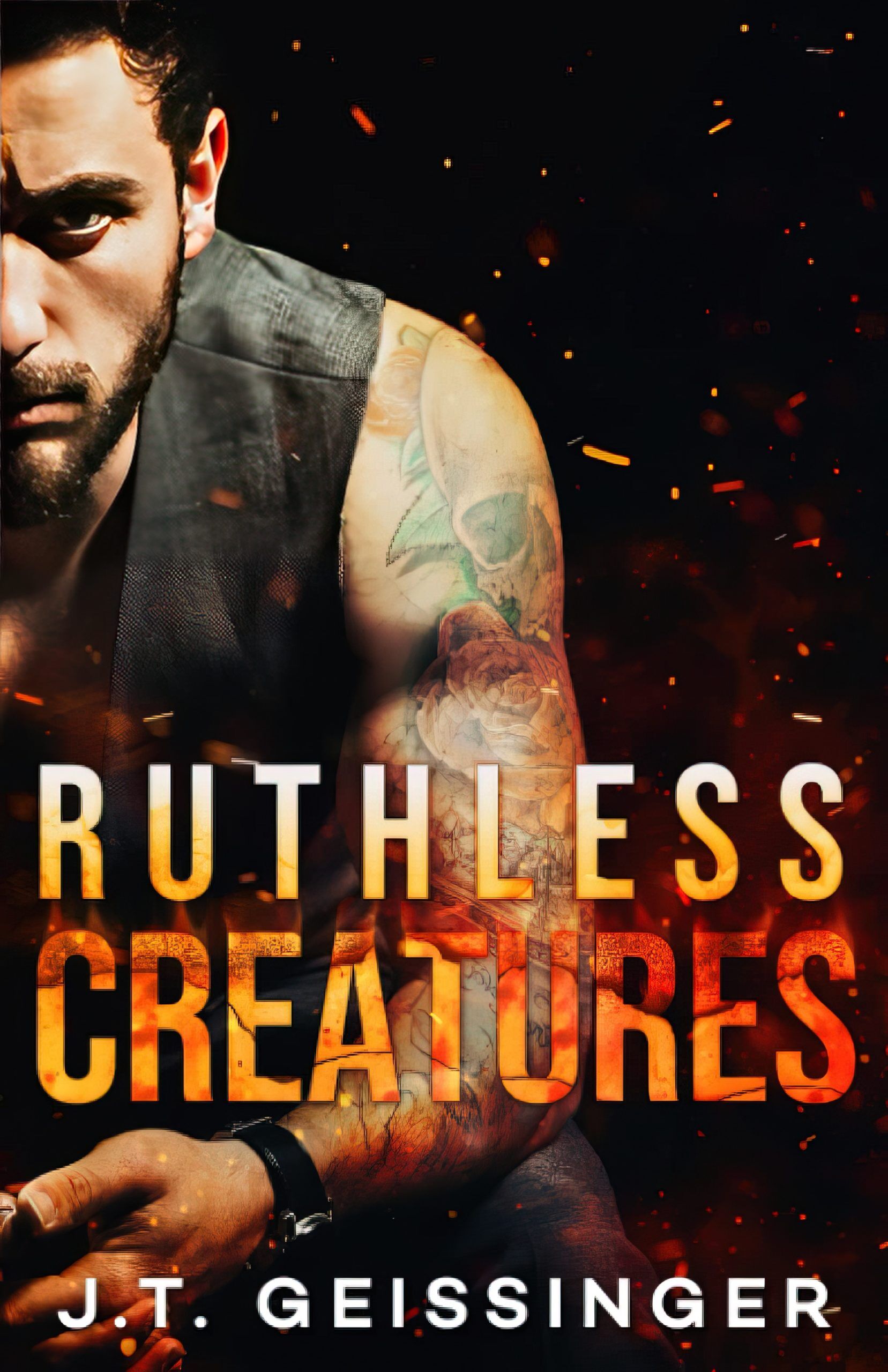 I do this because it helps me enjoy reading romance more. I like to mix things up. It gets boring if you read the same thing over and over again. I love me a great small-town romance. But after 23 in a row, they all start to seem the same.

So anyway, right now, I’m really into mafia romances. Ruthless Creatures, however, really stood out to me as different from other books in the same genre.

Have you ever read one of those mafia romance novels and just wondered how these girls find themselves in that situation in the first place? I know I have. I mean, who would willingly or knowingly enter into a relationship with a guy in the mob? There are only two ways it can end, with you in jail or you die. No thanks.

What makes a good mafia romance?

In most of the mafia romance or dark romance novels I read, I always kind of find myself rolling my eyes at the situations these girls find themselves in.

To me, a good mafia romance is something that probably isn’t realistic, but it could be. I want to read the book and say, yeah I could see how she got herself into that situation. But maybe that’s just me.

Then I read Ruthless Creatures by J.T. Geissinger. I have to admit, I can completely see how this girl, who, for all intents and purposes, is a good girl, finds herself in a relationship with a mafia hitman.

The story is about a girl who is struggling to get on with her life after her fiance disappeared the day before their wedding.  She’s tried dating again but honestly just can’t connect with another guy.

She never really got closure. But now, it’s been five years, a milestone that makes a missing person legally dead.

Her friend is trying to push her out of her little bubble and force her to face the real world, and on the anniversary of the day, he went missing.

Normally she drinks the memory away, but on this night, her best friend makes her go out with her to a local bar. It’s here she lays eyes on a new guy in town, a mysterious stranger named Kage, who also happens to have moved into the house next door.

But somehow, it’s not your stereotypical mafia romance. A few twists and turns in the story capture your attention and don’t let go until the end.

Here and there, you think you know how it’s all going to turn out or what’s going to happen, but the story really does have a lot of good ups and downs that make you want to read more and more until you realize you just stayed up all night reading a book because you couldn’t make yourself put it down.

Is Ruthless Creaturs a Dark Romance?

It’s a good story. Actually, the whole series is amazing, and I highly suggest you pick it up. But don’t go into this thinking it’s going to be that bad. It’s really not.

He’s talk, dark, and dangerous. Sure. But he’s not DARK dark. He’s a grumpy alpha male, sure, but he’s not even like overly possessive or all that toxic. He’s a strong male character that just so happens to be a mafia hitman.

Five years ago, my fiancé disappeared. He left me with a wedding dress I’d never wear. Left me with the kind of scars that can’t be healed. The man I built my future on vanished like a ghost. All that remained were my broken heart and a million unanswered questions.

Until a mysterious stranger arrives in town.

Tall, dark, and dangerous, Kage is as full of secrets as he is sex appeal. Though I know he’s hiding something, I’m drawn to him like a moth to a flame.

Heat crackles between us with every look, desire flares into passion, and I fall hard, helpless to resist.

And that debt is me.

Get it now at Amazon

Right now, there are currently 496 others online, just like you!
Menu