If you have a candle with a low wick you know just how annoying it can be to try and light it. But with this great little hack, you won’t have that problem anymore. All you have to do is use a piece of uncooked spaghetti to light the candle. No more burning your finger. 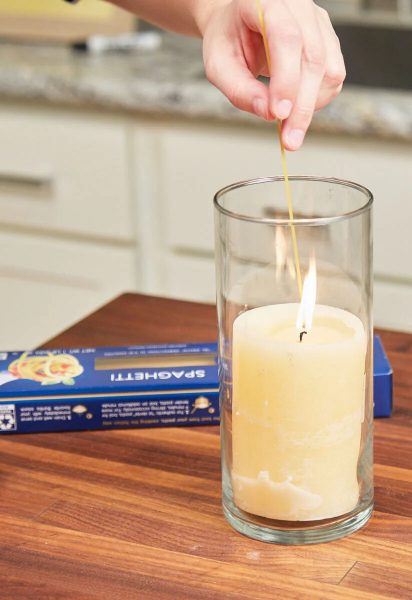 It’s a cheap and easy solution to expanding the lifespan of your favorite candle. Some call it the spaghetti noodle lighter or the pasta lighter. But really it’s just a way not to burn your fingers. 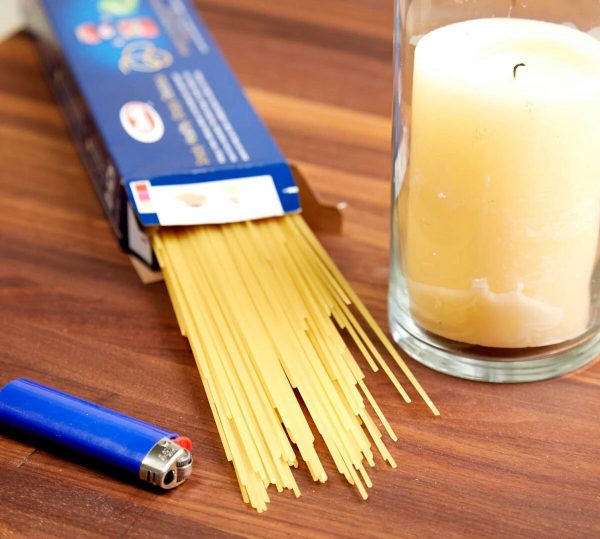 Everyone loves candles. They are not only a cheap alternative to using a flashlight when the power goes out, but the scented versions can make an entire room smell good.

Before the invention of electric lighting, candles and oil lamps were commonly used for illumination. In areas without electricity, they are still used routinely. Until the 20th century, candles were more common in northern Europe. In southern Europe and the Mediterranean, oil lamps predominated.

The earliest surviving candles originated in Han China around 200 BC. These early Chinese candles were made from whale fat. During the Middle Ages, tallow candles were most commonly used. By the 13th century, candle-making had become a guild craft in England and France. The candle makers (chandlers) went from house to house making candles from the kitchen fats saved for that purpose or made and sold their own candles from small candle shops.

Right now, there are currently 12 others online, just like you!