Dear Tracy, I’ve been with my boyfriend for almost six months now. Things for the most part are going well but we do have one glaring issue and I hope that you can help me fix it because I fear it may break us up. When we go out to eat and the waiter speaks to me I can’t hear him or her. I know they are standing in front of me speaking, but I can’t hear what they are saying. It’s like I just zone out. I’m not deaf. I know words are coming out of their mouth, but I honest to goodness have no clue what it is they are saying to me.

Jeff gets really mad at me when this happens and says it’s rude. I’m not trying to be rude, I really just have no clue what the waitress or waitress is saying to me so I have no choice to turn to him and hope he will answer for me. It’s gotten so bad I even went to my doctor to have my hearing checked but my doctors says my hearing is perfectly fine. Not any problems at all. What in the world is wrong with me?  It’s gotten to the point now I don’t even want to go out to eat because I know if we do we’ll just end up in a huge fight over something I can’t even control. Please help me! I love Jeff. I really do and other than this one issue, he really is a perfect boyfriend and we have a great relationship. In fact it’s probably the best one I’ve ever had and I don’t want to lose him over something like this. What do you think?

I want to be clear about something before I answer your question … I’m not a doctor. I don’t even play one on TV, so you should not consider anything I say to you as medical advice. If you have a real problem, you should seek the advice of a medical professional. That being said, here is what I think. A friend of mine suffered from severe anxiety for many years. Actually, she still does to this day, but for the most part, she’s got it under control. I never knew this about her because, to me, she always seemed so outgoing and “normal.” 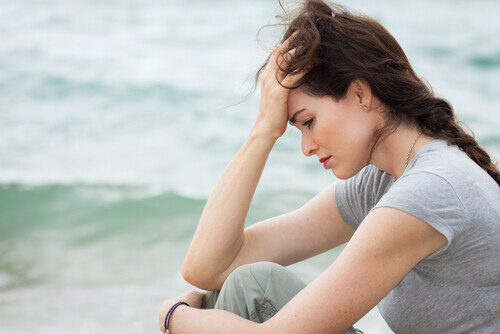 Like you, when she would go out to eat, she would see the person standing in front of her talking. She could hear a sound coming out of their mouth and still had no idea what that person was saying to her.

It became such an issue with her she would make up a lie and tell people she had a hearing disorder. Eventually, her psychologist shed some light on the problem. It turned out it was yet another part of her anxiety disorder. Anxiety manifests itself in the absolutely weirdest ways.

And yes, sometimes going into a strange panic where you can’t concentrate and understand what someone is saying to you.

So my advice to you is to sit down with your boyfriend and explain to him that you have a problem, a real true, life medical condition that causes this to happen. I also then suggest you contact a doctor and find out about getting on some anxiety meds (if you aren’t already).

Anxiety disorders affect millions of people. It’s common and treatable, and today’s medications don’t have the crazy side effects that the old school ones used to.

My friend takes something called Lexapro in addition to relaxation therapy. She has experienced almost no side effects as a result of being on the medication, and I can tell you, as someone who has known her for years, you can really tell a difference in her.

Right now, there are currently 639 others online, just like you!