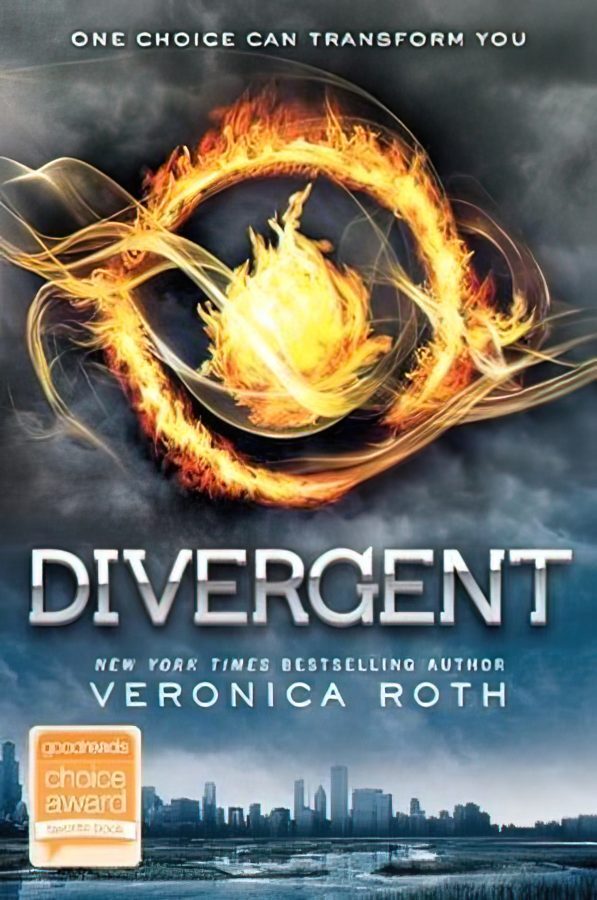 In Beatrice Prior’s dystopian Chicago world, society is divided into five factions, each dedicated to the cultivation of a particular virtue–Candor (the honest), Abnegation (the selfless), Dauntless (the brave), Amity (the peaceful), and Erudite (the intelligent). On an appointed day of every year, all sixteen-year-olds must select the faction to which they will devote the rest of their lives. For Beatrice, the decision is between staying with her family and being who she really is–she can’t have both. So she makes a choice that surprises everyone, including herself.

During the highly competitive initiation that follows, Beatrice renames herself Tris and struggles with her fellow initiates to live out their choice. Together they must undergo extreme physical tests of endurance and intense psychological simulations, some with devastating consequences. As initiation transforms them all, Tris must determine who her friends really are–and where, exactly, a romance with a sometimes fascinating, sometimes exasperating boy fits into the life she’s chosen. But Tris also has a secret she’s kept hidden from everyone because she’s been warned it can mean death. And as she discovers unrest and growing conflict that threatens to unravel her seemingly perfect society, she also learns that her secret might help her save those she loves . . . or it might destroy her. 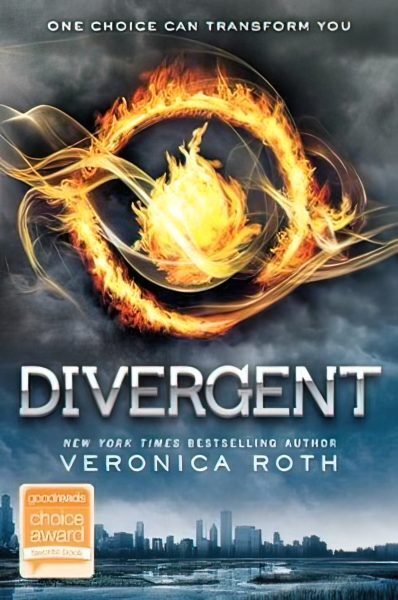 I admit I got a little lost on the factions. It switches back and forth really fast talking about them, and I found that for me, at least the trick was to write down the five factions and have them on a piece of paper sitting in front of me so when the book made one of its many references to the factions, I could simply glance down and see what the heck the person was talking about. Without doing that, I absolutely would not have made it through the first book in this series.

Trust me, just keep that little cheat sheet in front of you while reading the book, and it will make the book so much better, just because you won’t be struggling to figure out who is who and what is what.

It takes time to get used to who is what, and the story doesn’t allow for that in a natural way. That being said. Eventually, it does get easier, especially in book two.

The main person in the story is Beatrice. She was born into an Abnegation family (the selfless), and this means that they highly value self-sacrifice. At 16, like all others, she can choose to stay with her family and remain in the Abnegation faction, or she can become go to one of the other factions, and if she passes initiation, she joins them. Then again, the real risk is that if she chooses another faction and fails initiation, she becomes the worst possible thing imaginable, one of the factionless, the dredges of society.

Prior to a child’s 16th birthday, they are given an examination … well, really more of a high-tech psychological test that will help them reveal their true nature. This is meant to help them decide which faction they will be happiest with for the rest of their life. Of course, most people don’t want to leave the love and security of their family, but sometimes you just can’t help but be who you are.

If you are wondering, a “Divergent” is a person who isn’t like just one faction but belongs to many. So a person could be selfless but still brave. In this society, you are either one thing or the other. Anyone who could be two or three things is a Divergent, and Divergence is seen as a defect and a threat to anyone who discovers they are Divergent and must keep it a secret, and that’s really what this book is about Beatrice’s secret identity as a Divergent.

I personally did not believe the world for a second. I find it highly unlikely that people would split into five groups that cultivate one specific virtue. It oversimplifies humans and the human experience. It is completely unbelievable, and it reminded me of an odd mixture of the Houses in Harry Potter and the Districts in Hunger Games, that I felt it was unoriginal, badly conceived idea.

As much as I liked the series, I kinda have to give it to this reviewer (and others like her) …  This future for society isn’t really very realistic. It was like the author had to develop a dystopian society, and this was the best she could piece together from other novels in this genre. But again, that being said, the series really does have its charms, and I even gave it an 8 out of 10. It will be Hunger Games, Twilight, or Harry Potter, but still, it’s a good read and a great way to get lost in a decent story for a few hours. That’s all I really ask for in a book.