Flirting With Disaster is a contemporary romance novel by Sherryl Woods. Opposites attract, but they don’t last. At least that’s what improper Southern belle Maggie Forsythe thinks after being unceremoniously dumped two weeks before getting hitched to a man even her mother approves of.

Maggie has never given two figs what anyone thinks, so why is she hiding away from her South Carolina Low Country home? That is until concerned — albeit scheming — friends arrive with three options: One: Sit and mope. Two: Go home to her gallery. Three: Help them build a house for a needy family and make a difference for once. But one look at Maggie, and project foreman Josh Parker knows what kind of sweet-tea-swilling debutante he’s dealing with. Even if she does know her way around a circular saw, sure, they have enough sparks to ignite a bonfire, but he’s cornbread to her caviar. And if there’s anything he’s learned from growing up broke, it’s better to aim low than risk everything and lose. 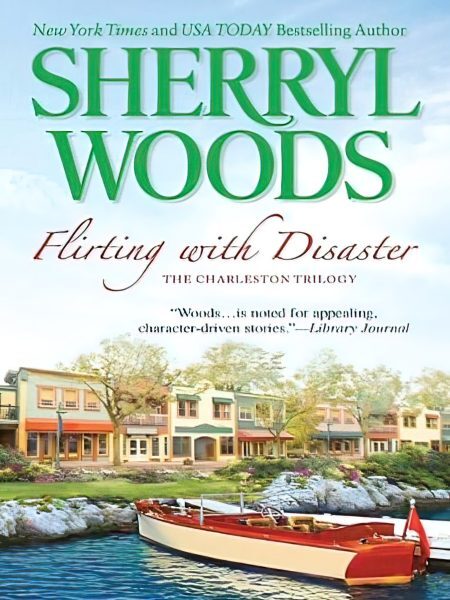 Flirting With Disaster is the reason why self-publishing continues to have such huge success while the traditional publishing world continues to falter. The story wasn’t bad, but it wasn’t great. There wasn’t all the passion and edge that you often find with those indie authors. This is one of those great, cookie-cutter-type stories with your very stereotypical southern belles. In fact, I would say it was stereotypical in many ways it was almost like they went out of their way to be so.

This book is the second in the series, although the first one I read. I can’t say that I was impressed enough to go back now and read the first book, ‘ The Backup Plan’, which deals with the relationship between Maggie’s best friend Dinah Davis and Cordell Beaufort.

Flirting With Disaster was a well-written story, just not anything special. It’s okay but not one you’ll bother to remember once you finish reading.  Would I suggest buying this book? Probably not. But if you happen upon a discounted copy, then sure, I suggest giving it a go.

One tiny thing that stood out, though, is the crazy amount of times the author used the “regarded” line. It was used several times per chapter. I mean, it’s one thing to include a similar work a few times in a book, but it is used in this book at a ridiculous level. I really don’t get how it wasn’t caught by the editor, considering overall, this book was so well done. He’s a collection of just some of the different ways the author used the exact same phrase. I know it’s petty, but it really annoyed me when reading the book.

Is it a bad book? No. Not really. Perfect? Not even close. But it’s not bad either. Like I said before, if you happen upon a copy, it’s worth a read.