Get to know the real Cara Delevingne

Cara Delevingne wants you to know that she’s more than just a pretty face. The supermodel explains why she’s the best girlfriend in the world. Not many friends would chuck themselves in front of traffic for you. But they don’t have Cara Delevingne’s fatalistic Romeo & Juliet romanticism. 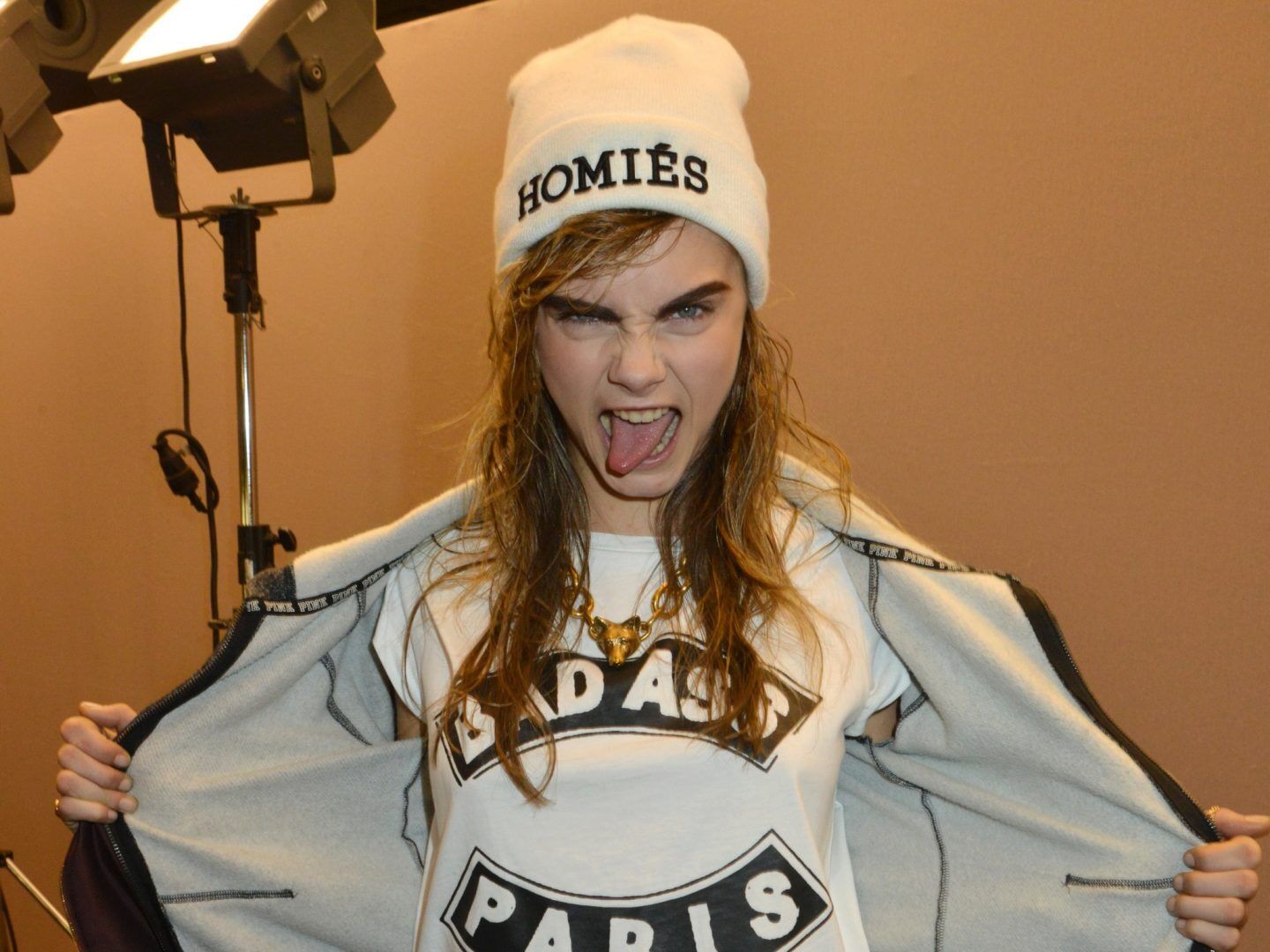 She said, “Loyalty is one of the most important things to me in the world. Once I care about someone, I’ll jump in front of a car for them. I’m a real ‘ride or die’ kind of gal. It’s all about trust and loyalty.”

Cara Delevingne says opposites attract when it comes to love, including in her own relationship with 33-year-old Annie Clark (aka singer St. Vincent.) St. Vincent was born and raised in Tulsa, Oklahoma. A world away from Cara Delevinge, who was born just outside of London.

Delevingne admitted, “I can’t date someone who’s like me, because we’d probably end up killing each other. I need someone who can plan things.”

She may not be the most organized girlfriend, but kooky Cara said she’d be willing to declare her love for St. Vincent by trying to rival the rocker’s singing prowess.

“I’ve serenaded a couple of people before, which is really embarrassing,” Delevingne said. “I used to write love letters a lot, and I have traveled very far for a day to see someone.”

The model/actress is no stranger to getting in touch with deep emotion.

She talked about how she got so anxious and depressed at the start of her career that she developed psoriasis and was “completely suicidal.”

She said at the Women In The World Summit 2015 in London, “I didn’t want to live anymore. I thought that I was completely alone. I wanted the world to swallow me up, and nothing seemed better than death, which was crazy.”

Cara Delevingne added that she had a “mental breakdown” before she left school at age 17 to start modeling. She then struggled seeing other models being “used” by predatory photographers and despised being told she “wasn’t right” for scores of jobs.

Cara Delevingne blamed stress and damaging comments about her body for causing psoriasis and said she felt like an “alien” when red, bleeding sores from the disease erupted on her body.

Delevingne said she has since pulled herself out of depression and is trying her best to be as joyful as the gurning faces she pulls for the snaps she incessantly posts on her Instagram feed.

Despite being lauded as ‘Generation Y’s Kate Moss,’ Delevingne told us that her beauty is a construction, carefully stage-managed by teams of stylists and airbrush-happy photographers.

And, despite packing social media with selfies, the model added she hated being photographed when she wasn’t on a shoot.

“When people say, ‘You look really good in that picture’, I’m like, ‘Well, it’s 50 percent make-up, Photoshop, the photographer, stylist and everyone else’,” she said. “I’m lucky I get to do that and that’s fun, but everyone has a bad day. It gets annoying sometimes, especially when you’re eating or in the bathroom. Or the gym – that sucks.”

You wouldn’t know it, but Delevingne’s a poet. Watch her recite a rhyme she wrote about depression and wanting to end it all.

Cara Delevingne and St. Vincent didn’t stay together. She told Vogue it was “real love.”

Since she’s been linked with many others, including Cindy Crawford’s daughter, Kaia Gerber — they even got matching tattoos. 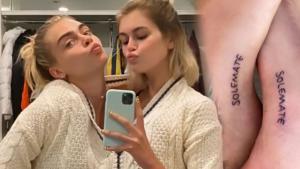 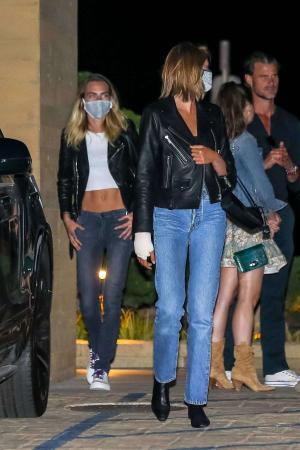 When she isn’t dating or walking the runway, she continues to focus on her acting career. She started her acting career with a minor role in the 2012 film adaptation of Anna Karenina by Joe Wright.

She played Vignette Stonemoss in Carnival Row, and most recently, she was Alice Banks in Only Murders in the Building, which is a series on Hulu that is getting a lot of buzz right now. It features Steve Martin, Martin Short, and Selena Gomez.

Follows three strangers (Steve Martin, Martin Short, and Selena Gomez) who share an obsession with true crime and suddenly find themselves wrapped up in one. When a grisly death occurs inside their exclusive Upper West Side apartment building, the trio suspects murder and employs their precise knowledge of true crime to investigate the truth. As they record a podcast of their own to document the case, the three unravel the complex secrets of the building which stretch back years. Perhaps even more explosive are the lies they tell one another. Soon, the endangered trio comes to realize a killer might be living amongst them as they race to decipher the mounting clues before it’s too late.

Cara Delevingne is in season 2 as the character Alice Banks. 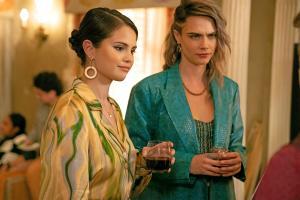 Cara Delevingne is a multi-talented star on the rise who doesn’t want to be known as just any one thing. She’s a model, actress, musician, and author, and as she herself said, “who knows what tomorrow may bring.”

Get to know the real Cara Delevingne

Right now, there are currently 226 others online, just like you!