Help! I was ghosted!

Our first date went great. We went to dinner and after he didn’t even try and sleep with me. Instead, he just kissed my forehead and I thought maybe that meant he didn’t like me. I mean who doesn’t even kiss a girl after a date?

I was wrong. The next morning when I got up for work there was a small bouquet of flowers with a note attached, saying thank you for the wonderful dinner. Later that evening he called and asked me out again. He took me to the zoo the next Saturday afternoon. 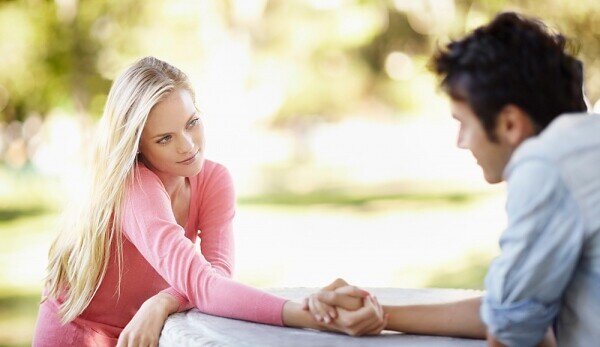 On our 2bd date, he talked about things I wouldn’t have expected a man to bring up like did I want to one day get married and have kids. I didn’t know what to say? I wondered if it were a trap. I mean what guy really brings stuff like that up, especially on a 2nd date.

While we were at the zoo he asked me to go on our 3rd, which was dinner and a movie. The movie he wanted to see was a romantic comedy. It all seemed to good to be true. After our third date things got a little intimate, but we didn’t go all the way.

The next week he texted me almost every day. We never talked on the phone, it was always text messages. He said he hates talking on the phone. On Thursday he said he was frustrated because he had a client coming in and he had to work that weekend.

It all sounded legit but I noticed a video on his snapchat where a pretty girl who was very flirty with him. They didn’t kiss but it was clear they were having a good time. I texted him that night to ask him what that was about, but got no response until the next afternoon. He said I was being to serious and taking things the wrong way. He didn’t say what he even meant by that. All I know is I haven’t heard from him again and it’s been 2 weeks now. I’m so torn up abou thow he ghosted me, I’ve cried several times. I don’t get it. I just wanted to know what the deal was. Don’t you think I deserve to know? I thought we were going somewhere, but here he is out partrying with another girl. I tried texting him, but no response. I tried calling, but he never answers. I know he’s active and alive, I see him tweeting and snapping.

If he doesn’t want to be with me anymore, fine. But why can’t he just tell me that? Please help! I don’t know what to do.

Men don’t tend to like drama. Breaking up with a girl means drama. They would rather just ghost or tell you goodbye via text. Most women want to have that conversation, they want to talk about the relationship and the breakup. They would prefer a phone call or to do it in person. They want closure. But as much as I hate to say it, this doesn’t sound like the kind of guy who is going to give it to you.

You have every right to your feelings. But how can you possibly be so upset over a guy after only 3 dates? You need to find someone who is honest and doesn’t hide behind his cell phone.

Stop stalking his social media profiles. Stop thinking about him. You haven’t heard from this guy in two weeks. What more is there you need to know? He obviously has moved on and you need to as well.

I’m sure you wished I would tell you something much nicer, but the best thing I could do for you is, to be honest with you.

You deserve someone who wants to be with you. Don’t spend more of your time on this guy, spend your time finding someone who is worthy of your love and attention.

It’s the best thing you’ll ever do for you.

Do you have a question for Tracy? Click here to ask Tracy!

Ask Tracy’s advice column is for entertainment purposes only. Tracy is not a love advice specialist or medical professional of any kind. The advice given here is intended to be taken with a grain of salt and is based on personal life experiences, not professional training. The reader is advised to use his or her common sense when it comes to adhering to this or any sort of romantic advice. If you are having serious relationship problems, you are advised to seek real help from a doctor, not someone you meet on the internet.

Help! I was ghosted!

Right now, there are currently 627 others online, just like you!