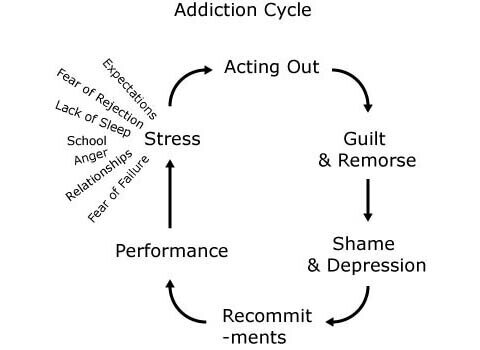 His addiction should be a deal breaker

For some reason I never quite understood, so many women tend to get into relationships with men who are dealing with some sort of addiction problems such as drugs, alcohol, sex, and gambling.

Yes, I know the stereotypical answer is that women often tend to think they can fix a man.  But in reality, addiction is a serious issue and often requires a lifetime of management.  Counseling is only the tip of the iceberg.  There are a host of problems associated with the addiction lifestyle that will eventually overshadow your own life, goals, dreams, and desires.  This is the very reason why you should always avoid getting involved in a relationship with a man with addiction issues.

You deserve at least every chance at happiness and well-being that can come your way.  Why saddle yourself with a guaranteed lifetime of drama and a host of other issues?

Yes I get it, addiction is a disease and he can’t help himself.  Blah blah.  Whatever they want to say.  That’s fine with me.  But you know what, I don’t care.  You can make the choice to deal with his lifetime of problems that are always associated with addicts of any kind or you can choose a lifetime of peaceful bliss without him.

The problems associated with addiction, any kind of addiction just don’t go away.  5 years from now, 10 years from now or even 20 you will still have those same problems and sometimes even worse.  Life isn’t easy and sometimes stress happens.  Money problems crop up, people lose their jobs, and people die.   Bad stuff in life really just happens.  We can’t control it.  But to a person with addiction problems those bad things with a normal person could manage becomes compounded with their issues.

Do you really want a lifetime of that?

Even if he seems otherwise like a great guy, the best thing you could ever do is ditch him now and move on.  Do yourself a favor now and get it through your head … you can’t fix him.  Even if he is doing great in recovery, those problems don’t just magically disappear.  He will be an addict for LIFE.  That means now, tomorrow, five years from now, and 20 years from now.

Imagine trying to have children with that hot mess?  You are dealing with the normal problems of your child becoming a teenager and the drama of your addicted husband.  Doesn’t sound so fun, huh?

But don’t just take my word for it.  Beverly Hyman, Ph.D., and Lawrence Birnbach, Ph.D., co-authors of “How to Know If It’s Time to Go: A 10-Step Reality Test for Your Marriage“, list addiction as one of the top reasons to end a relationship.   They say that “If you suspect your man has a problem, it’s best to keep on moving.”

His addiction should be a deal breaker