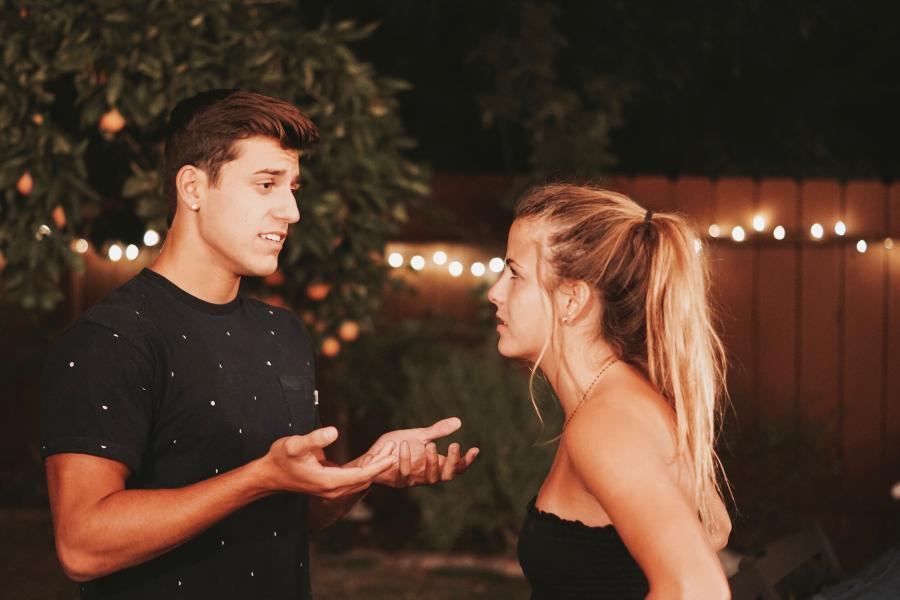 How to fight with your husband

Occasional disagreements or arguments with your husband are normal. But for some couples, there are those who disagree on an entirely different level that results in a fight, and this becomes a problem. Nobody wants to talk divorce. And it doesn’t have to go that far when you learn how to fight with your husband.

Do not fight in public:

You’re embarrassing each other by allowing outsiders into your business. Just think about the times you guys have fought in public or even in front of friends or family members. This causes more tension between you two and it’s not good to have anyone witness this especially not your family. This will cause both sides of your family and friends to spread gossip, and rumors about you two. This will cause more awkwardness and tension especially when you add other people into the mix of things. Instead, tell your husband you will take care of this situation when you guys get home, then by the time you two arrive home, you will both be calm enough to talk things out in a civil way.

Do not fight in front of your kids:

I cannot stress this enough, please do not argue in front of the kids, even if you think it’s not a big deal or maybe it goes over your head, make it a habit to create a toxic-free environment for the kids. According to an article published in developmentlscience.com  Arguing in front of the kids have negative effects, “they can become distraught, worried, anxious, hopeless, and some children will react more outwardly with a burst of anger. And becoming aggressive and developing behavioral problems at home and at school.” instead, learn to play it cool in front of the kids, and instead of arguing directly just say smart little remarks that a subtle but not inappropriate because the children will be present.

Do not bring up the past:

Even in the most intense moments with your husband, do not bring up anything from the past because this will not only add to more complex feelings of frustration, sadness, guilt, and anger. But it will also bring you back to the past and bring up those old feelings, it will make you come off as a child who can’t let things go. This will drag you more into a hole, and have your husband feeling more upset, and easily triggered. In situations like this, the best thing to do is to come to terms with what has happened, forgive him and forgive yourself. Moving on from the past is the healthiest thing for your relationship and when you argue with your husband and you do not bring up the past, this shows him you’re mature enough to move on and that you’re a strong woman.

Make sure you’re fighting for a real reason like you caught him cheating, he’s spending too much money, or something related to that. Fighting just to fight without any real reason to, will cause unnecessary tension and a toxic environment that is not needed in the first place. The key here is to really ask yourself, is this worth fighting about, or can I just talk to him about this and have an adult conversation rather than argue about something that will not matter five years later. So when you’re fighting with a reason, make sure to be clear on what it is that you’re arguing about, make your feelings clear about it, and then talk about what you want to be done differently so you have the results you want from your husband.

Do not give your business:

It may be tempting to call your mother, sister, or best friend about what just happened between you and your husband. But it’s not the best thing to do because you are airing out all of your dirty laundries for other people to insert their opinions on the nature of your relationship. This will also make your family and friends, not like your husband, this might not matter to some of you ladies out there but it will be very awkward during events, family gatherings, and holidays to have your husband around people who have spoken about him behind his back and they might come off as hostile towards him. Leading you to get into another argument with him that will be more visible for everyone to see and will make you look bad and make him feel worse.

Avoid coming off overly dramatic, this will only show that you have no self-control over your emotions and will heighten the intensity of the argument. If you’re one of these types then I suggest, take a couple of deep breaths and taking a short walk so that you’re calm enough to argue your point across without coming off as a drama queen.

Fighting with your husband in a fruitful way can give you a lot of insight which you can always reflect back on to see how the issue arose in the first place. This will give you emotional, spiritual, and mental insight into what took place so that there is not a repeat of this argument. In the end, you both need to come together like two civilized adults who can speak their issues through without embarrassing each other, or calling on others unless it is something dangerous going on. Other than that, you and your husband should be more aware of your feelings for each other and understand that fighting sometimes is normal and healthy. But if this occurs very often then maybe you need to take a step back and see what you’re really fighting about. Understand your own feelings and know how to communicate them effectively with your husband in order for him to grasp what you’re feeling inside about a particular situation.

How to fight with your husband

Right now, there are currently 18 others online, just like you!
Menu