Let’s Talk About The Logan Paul Movie – The Thinning

You are probably thinking, Logan Paul movies? Wait .. what? Logan Paul was in a movie? Hard to believe, I know, but Logan Paul was, in fact in a real movie, two of them where he was actually the main male character.

A few years ago, YouTube Premium (formerly YouTube Red) introduced a movie called The Thinning featuring Logan Paul and Peyton List – who is best known as Emma, on the hit Disney TV series Jessie and Bunk’d. 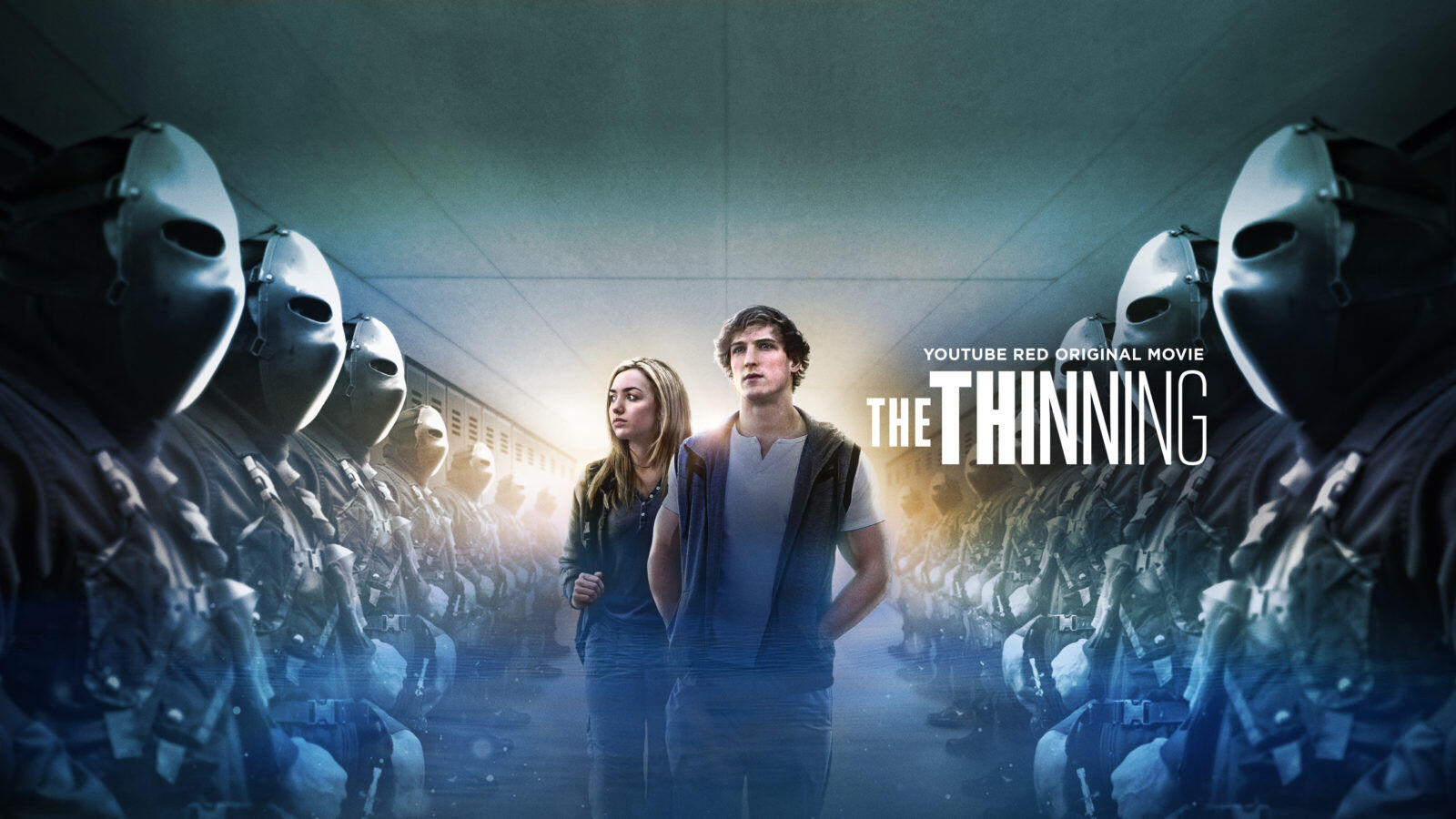 The Thinning was a movie based on the popular dystopian future YA themes. In this world, they take “America the Great” to a whole new level – where only the smartest survive. If you don’t do well on your school work, you are thinned or killed. A single standardized test determines who will survive. This makes for a highly educated population.

It was a pretty good movie, and a sequel was immediately ordered.

Only in between the time of production and the time they meant to release the Thinning New World Order, Logan Paul’s career hit some major controversy. Namely, he visited a place known as Suicide Forest in Japan, where distraught people go to kill themselves. He and his crew filmed themselves entering the forest, finding a body, and publishing the video. People were horrified that Logan Paul would do this.

Six million people viewed Logan Paul’s video before he took it down.  Obviously, there are some lines you just don’t cross, and showing the dead body of a man who killed himself is one of those lines. He would later say he was sorry and he only intended to raise awareness for suicide and suicide prevention, but the damage was already done.

This all took place in December of 2017. As a result, Logan Paul was pulled from the upcoming season of the YouTube series “Foursome,” and it also meant the release of the sequel to The Thinning would be put on hold or possibly never released.

Fast forward to October of 2018, and the movie gets released. It picks up exactly where the first movie left off.

Understandably the movie met with a  lot of criticism, all mostly because people don’t like Logan Paul (and his brother Jake Paul who isn’t in the movie) and can’t believe YouTube would release a movie featuring him. I mean, let’s be real … Logan Paul may be an idiot, but he’s an idiot with 18 million subscribers. Love him or hate him, he has a huge fan base.

But what about the movie itself? Take away the outcry against YouTube working with Logan Paul, and what do you have?

You have a decent movie and a much-needed continuation of the original story.

At its heart, it’s a good YA dystopian story that probably could have been a little more fleshed out had they had a bigger budget. That aside, the acting is decent, and yes, I mean that compliment also to Logan Paul, who did a good job. Much better than what I have seen him do in the past. Clearly, he’s been taking some acting classes, and I think we should give credit where credit is due.

If you are a fan of Logan Paul or Peyton List you are probably going to love this movie. If you aren’t, but you like YA dystopian movies, then you might still enjoy it.

So what is the Logan Paul movie about?

It’s where population control is dictated by an aptitude test in high school. But The Thinning is really hiding a larger conspiracy. The test is all smoke and mirrors. It’s the bigger conspiracy that makes the movie interesting.

Let’s Talk About The Logan Paul Movie – The Thinning