Is there such a thing as a Love Spell? I’ve been hearing about them for years and as someone who has studied ancient Egyptian history extensively, I must say it’s a subject that has been around for thousands of years.

Well perhaps …. they had different Gods and Goddesses who had different powers. If you were having a troubling dream, they would visit a temple dedicated to Hathor, and sometimes even stay overnight in the temple and a priest from that temple would tell them what their dream meant.

Ancient Egyptian candles aren’t exactly like ours today. They think that ancient candles were made by pouring animal fat and then pressed and lit.

Here is a picture of a bronze candle holder they found in King Tut’s tomb. The candles were made of twisted strips of linen, dipped in animal fat. 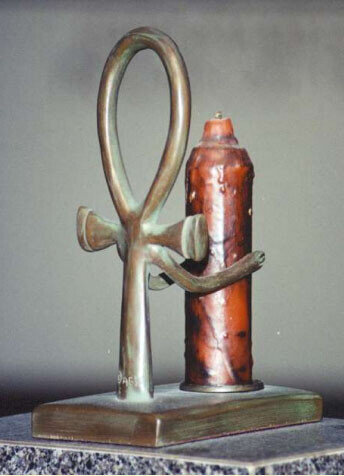 This particular candle came with a spell meant to repel the enemy of Osiris (the dead), in whatever form he may come.

As an alternative you might want to consider an oil based lamp instead of a candle. Look at this Lotus Lamp, also found in King Tut’s tomb. Basically what they did was put oil in each of the three cups and burned it for light. They mixed the oil with salt to lessen the smoke. The oil instead what thoughts to be linseed and sesame oil with floating wicks of braided flax. 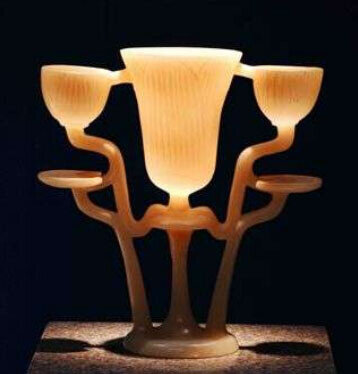 Mix the saffron with the water in your small bowl.  Your bowl should probably be made of Alabaster which was common in ancient Egyptian times.

Will this love spell really work? I don’t know. But there are a lot ancient Egyptians who believed in it, so maybe it will work for you. Let us know if you have any luck with it!

Right now, there are currently 189 others online, just like you!