One of the first miniature courses was built by Garnet Carter in the late 1920s. His wife said it was meant to distract “golf widows” — a woman whose husband spends much time on the golf course. 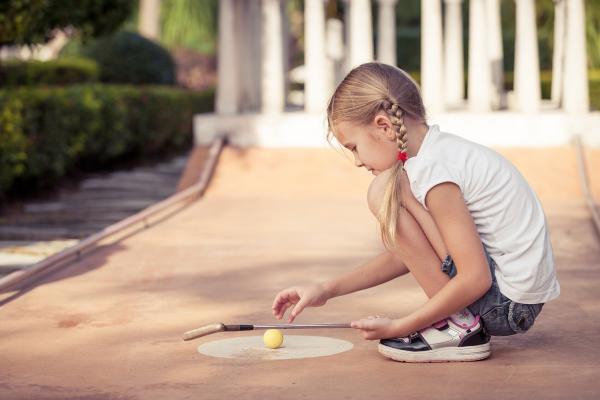 Thanks to its theatrical appeal mini golf soon became a fad and by August of 1930, there were an estimated 25,000 mini-golf courses in the US. More than half of which had gone up since January. Mini-golf always has the element of surprise: You never know when your ball might get knocked away by a wayward windmill propeller chomped up by a clown’s mouth.

Another reason for its rise in popularity is that once the Great Depression hit, most people couldn’t afford to play regular golf anymore. Mini-golf was a low cost alternative.

Still, it’s interesting to think that it all began with sexism.

Right now, there are currently 153 others online, just like you!