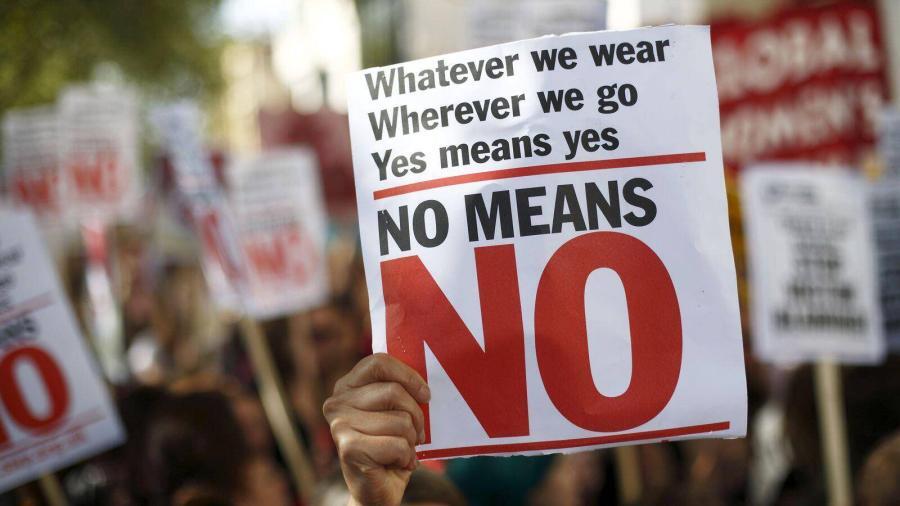 No Means No … Unless You Live in North Carolina

This was the headline of an article I found on Vice. I couldn’t believe my eyes. Surely there was some sort of mistake. No way in hell could any reasonable person, including lawmakers, confuse the issue of what constitutes rape, right? Well, I was wrong. The article headline was accurate. 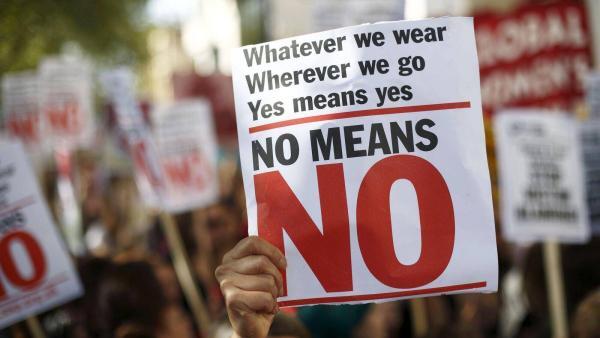 North Carolina is the one state where the law explicitly says you cannot revoke consent once it’s given. A bill that would remove this “unacceptable loophole” has little traction.

One May evening in 1977, Beverly Hester was sexually assaulted. According to the summary included in the North Carolina Supreme Court decision State v. Way, she testified that the perpetrator, Donnie Way, threatened to beat her if she didn’t have sex with him while hanging out at a friend’s apartment. When she tried to leave the bedroom, he allegedly slapped her in the face.

Hester went on to tell the court that Way penetrated her anally and forced her to perform oral sex on him. She said he began having intercourse with her—though she begged him not to because she was a virgin—but stopped when she complained of severe stomach pains. Later, at the hospital, she told her mother she was raped.

Despite her testimony, the jury appeared to be swayed by the defense’s argument that Hester initially agreed to have sex with Way. During deliberations, they returned to ask the judge “whether consent can be withdrawn.” The judge noted that it could, especially in cases where intercourse has turned violent and thus “no longer consensual.”

Way was convicted of second-degree rape.

The state Supreme Court, however, disagreed with the lower court’s interpretation of withdrawn consent. “If the actual penetration is accomplished with the woman’s consent, the accused is not guilty of rape, although he may be guilty of another crime because of his subsequent actions,” the High Court wrote.

As a result, for the past 38 years, women in North Carolina—like 19-year-old Aaliyah Palmer, who allegedly agreed to have sex with a man at a party but changed her mind when he got violent—have been unable to legally revoke consent after sexual intercourse begins. “It’s really stupid,” Palmer recently told the Fayetteville Observer. “If I tell you no and you kept going, that’s rape.”

On March 30, state Sen. Jeff Jackson, a Democrat, filed a bill that would change this horrific law. (He filed a similar bill with two Republican co-sponsors in 2015.) The text of SB 553 is short and to the point, reading, in part: “a person may withdraw consent to engage in vaginal intercourse in the middle of the intercourse, even if the actual penetration is accomplished with consent and even if there is only one act of vaginal intercourse.”

Women in North Carolina have been unable to legally revoke consent after sexual intercourse begins.

Currently, the bill sits in the Senate’s Rules Committee, where it is likely to be tabled. Jackson tells Broadly he plans to refile the bill again next year. “This really shouldn’t be a controversial matter,” he says. “North Carolina is the only state in the country where no doesn’t really mean no. Right now, if a woman tells a man to stop having sex, he is under no legal obligation to do so, as long as she initially consented. If sex turns violent, the woman has no right to tell the man he must stop.”

Jackson says he first encountered this loophole when he worked as a criminal prosecutor when his office was forced to dismiss a rape charge because of these circumstances. “Very few legislators are aware that this is the current state of our law,” he says. “They’re very surprised when I tell them. Most of my conversations have been educating our members about this plainly unacceptable loophole in our rape law. I have not had any members defend the loophole. Every legislator I’ve spoken to agrees we need to fix this.”

But traction has been slow in getting this change implemented. He points to one conservative blog as an example of why. In it, the writer ridicules Jackson’s work to address the “‘rules’ of fornication” as “pandering to the Wimmen’s Studies Department alumni.”

“This is a blog that unfortunately carries some influence with many of our conservative members,” Jackson says. However, he says he believes this bill will eventually pass. “When it does, my bet is it passes unanimously. No one can seriously defend this loophole in our rape law.”

Angelica Wind is the executive director of Our Voice, a North Carolina-based crisis intervention and prevention agency for victims of sexual violence. She says their philosophy is that “consent should be enthusiastic and continuous” and that “allowing women to revoke consent would be transformative for the state of North Carolina.”

This loophole tells survivors they don’t have autonomy over their bodies, she tells Broadly. “Aside from perpetrators not being held accountable, when women cannot revoke consent, then we are telling them violence can be perpetrated against them if they consented to begin with and then had a change of heart.”

The implications don’t stop there. The law has also created this notion that when a rape happens, it didn’t really happen, Wind continues. “What you’re basically telling individuals who have been raped is that it wasn’t a rape, and so they’re less likely to seek out services … that would put them on a journey to healing.”

While North Carolina may be the only state where women explicitly can’t withdraw consent after sexual intercourse has begun, most other states see this as a gray area. Only South Dakota, Connecticut, California, Illinois, Maine, Maryland, Kansas, and Minnesota affirmatively recognize that consent can be withdrawn at any time during sex; Illinois is the only one that’s made it law.

I don’t know why this is confusing, but no means no. It’s not up for debate. It’s the end of the discussion.

Consent is conditional and can be withdrawn at any time.

No Means No … Unless You Live in North Carolina

Right now, there are currently 16 others online, just like you!
Menu