When it comes to the laws of attraction, there are no rules. The battle between the sexes is about to make these two lawyers hot under the collar. Opposites collide when two lawyers try to make partners at the same firm. Payton Kendall is a feminist to the bone. Cocky J.D. Jameson was born privileged. But when they’re asked to join forces on a major case, they gain a newfound awareness of each other’s personal assets. The partnership spot will be offered to only one of them, though. The competition heats up. Sparks fly. Let the games begin. 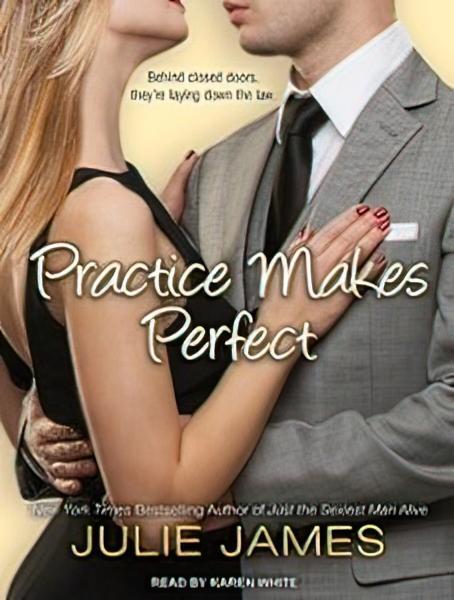 Julie James is known for her romance novels that all involve young female lawyers. All her characters are similar in that they are young, pretty, from Chicago, rich (all of her characters make six figures a year), and focused on their careers. I mean, it makes sense, she, after all, was a lawyer at a fancy law firm in Chicago and they say write about what you know, right? I loved her book “Just The Sexiest Man Alive.” It was fun and carefree, and while the character in this book was the same, it didn’t translate as well.

The problem is that her strong female lead didn’t come off as likable this time. In fact, just the opposite. She was a really snotty bitch who, throughout the entire book, never actually redeems herself as sometimes happens in these kinds of stories. The author has lived in a world for so long herself that she doesn’t seem to be able to relate to real people who don’t make $300,000 a year. She talks down to her secretary and those below her.  This person is a bitch and has no apologies for how she looks down on others and treats people.

I guess you would call this book highbrow romance.

It’s meant for a certain kind of people. Apparently, not people who have any sort of feelings or empathy towards others. I being one of those. My housekeeper has worked for me for ten years, and I quite honestly think of her as a member of my family and treat her as such.  If you are that kind of person, this might not be the book for you. But I have this rule, and that is if you find yourself thinking about a book a day or two or three after you read it, then it might not be so bad, and I must admit that as much as I didn’t like the high flatulent attitude of this stuck up  bitch of a main character, the book still had some redeeming value as a good read. The story was slow in a few places, especially at first, but it still wasn’t too bad.

If you haven’t read Just The Sexiest Man Alive yet, skip this book and go for that one instead. But this one isn’t so bad if you have and can’t find anything else to read.

Borrow it. This book was okay but not something I would probably ever want to re-read.

Right now, there are currently 14 others online, just like you!