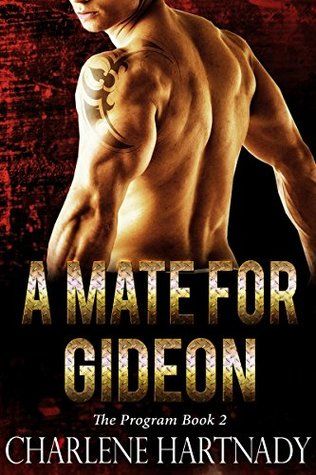 Review of A Mate for Gideon

A Mate for Gideon is a paranormal romance by Charlene Hartnady. This book is the second book in “The Program” series. To date, there are 7 books in all in the series. This is a vampire romance, each book in the series deals with finding a mate for a specific vampire, like in this case it’s about Gideon.

GET A MATE FOR GIDEON AT AMAZON

After reading the first book in the series I found myself wondering what was going on with York and his lady love. The book cut off kind of short. I figured if I read the next book in the series, we would get an update on York and Cassidy. Turns out I was wrong. Barely a mention of York and there wasn’t any update on him. This entire book focused only on Gideon and his human female love Jenna.

Like the previous book in the series, this one had a lot of awkward, stiff conversations without the use of contractions. It also had more than a few typos, for example, when the king says, “It could have costed both of your lives.”

The biggest problem I had with this book is that is felt so rushed. They couldn’t wait to get you from point A to point B. So much so that it made the story confusing and as a result, you couldn’t really get behind the couple because you didn’t really get their backstory.

I won’t get into my problems with the domestic violence part of this story. I think many others have already covered the subject quite well. Let’s just say it was poorly researched and executed and leave it at that.

Another thing that really annoys me is that in every book in this series the author makes sure to put in big, bold letters it’s a standalone story. But it’s not. They are all part of a connected series and like all books in a series, one leads you to the next and then to the next. If you haven’t read the previous books in the series so many things won’t make sense. So why does the author insist on advertising every book in the series as a standalone book?

Go to Amazon and see for yourself. It says “Standalone Vampire Novel” on every single book in the series. Is the author confused as to what “standalone” means?

Review of A Mate for Gideon