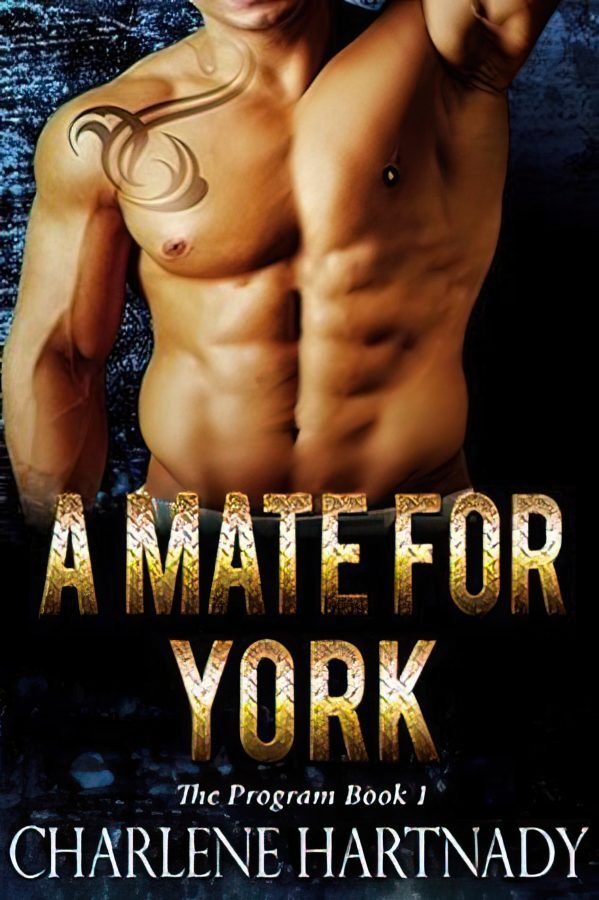 Review of A Mate For York

A Mate For York is a paranormal romance by Charlene Hartnady. This book is the first book in “The Program” series. To date, there are 7 books in all in the series. This is a vampire romance, each book in the series deals with finding a mate for a specific vampire, like in this case it’s about York. Book two is A Mate for Gideon and deals with Gideon, the vampire, finding his own mate.

GET A MATE FOR YORK AT AMAZON

While I tend to prefer books in the contemporary romance genre, it’s nice every once and a while to venture off in another direction. This book, A Mate For York is a paranormal romance that isn’t really clear on when the time is, but it’s pretty much modern-day.

What we know for sure is that in this world Vampires and humans co-exist – sort of. The humans are very well aware of vampires but they live off on their own in castles or some little community all their own. They don’t exactly tend to intermingle.

This book doesn’t really go heavily into explaining much about the world that York lives in. we are only able to pick up bits and pieces throughout the book. We know that there is a nightclub where vampires hang out but that humans aren’t allowed in, however, humans know about the place because they do try and get in. We know that York lives in a castle serving his King as an elite guard and it’s about 15 minutes just outside of town.

These are the kind of tidbits we pick up on throughout the story. It’s somewhat informative but not really in-depth enough to know much about the world itself.

One of the reasons I really dislike reading paranormal romances is because oftentimes the author spends so much time telling you backstories and trying to build up the world that the main story itself gets lost. That without a doubt isn’t a problem with this book. However, I think the author could have spent a tiny bit more time telling us something about the world. I don’t know, even if just a page or two more – I think that would have helped the story a lot.

What we do know about York and other Vampires like him is that the author has decided to make them like dogs.  It’s very awkward and off-putting when you get to those parts of the story where the vampires talk about mating, “rutting”, being in heat, and so on.

Admittedly I haven’t read a lot of Vampire stories, but this is the first time I’ve found an author who wrote about them as if they were some animal species. It was very weird to me. They way they kept talking about how they need to scent her just read wrong. Sniff, smell or sense her would hat been more fitting.

“I can scent your arousal” is a perfect example of what I mean. And because talking of “scenting” someone is used so often in the book, it’s something that really stands out.

Another thing that stuck out is how she went out of her way to make both the human and vampire characters confused about things like for example when the female character didn’t understand what the guy meant when he referred to her being “in heat” and I hated how they repeatedly referred to breasts as mammary glands.

It was just all very cringe-worthy.

The premise was good. It really was. It was just the little things that made the book not live up to its full potential.

The dialog was another problem.

A normal person would say something like “Hey! How’s it going?”

But in this book vampires apparently didn’t believe in contractions and that makes for an awkward read. “How is it going? I am doing fine. Thank you for asking. How are you doing?”

Overall the book was okay. It had a lot of potentials and if you catch it on sale, by all means, I suggest you pick it up but I wouldn’t say pay full price for it.

Review of A Mate For York