Around Valentine’s day, I started hearing about a new movie coming out called After which was based on the book “After” by Anna Todd. Not having read any book in the series I quickly went to Amazon and picked it up. Here is the trailer for the movie that first caught my attention.

Now I need to clarify that my review is based on the latest release of the title, not the earlier versions, which I’m to understand there are many. There are a total of 4 books in the main series, which deal with their relationship from start to finish. The movie is based only on the first book. 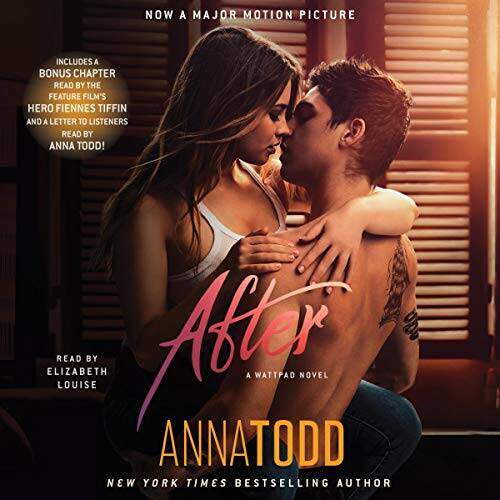 There was the time before Tessa met Hardin, and then there’s everything AFTER… Life will never be the same. #Hessa

Tessa is a good girl with a sweet, reliable boyfriend back home. She’s got direction, ambition, and a mother who’s intent on keeping her that way.

But she’s barely moved into her freshman dorm when she runs into Hardin. With his tousled brown hair, cocky British accent, and tattoos, Hardin is cute and different from what she’s used to.

But he’s also rude—to the point of cruelty, even. For all his attitude, Tessa should hate Hardin. And she does—until she finds herself alone with him in his room. Something about his dark mood grabs her, and when they kiss it ignites within her a passion she’s never known before.

He’ll call her beautiful, then insist he isn’t the one for her and disappears again and again. Despite the reckless way he treats her, Tessa is compelled to dig deeper and find the real Hardin beneath all his lies. He pushes her away again and again, yet every time she pushes back, he only pulls her in deeper.

Tessa already has the perfect boyfriend. So why is she trying so hard to overcome her own hurt pride and Hardin’s prejudice about nice girls like her?

The first book in the series is After, then there is After We Collided, then After We Fell, and last but not least, After Ever Happy. 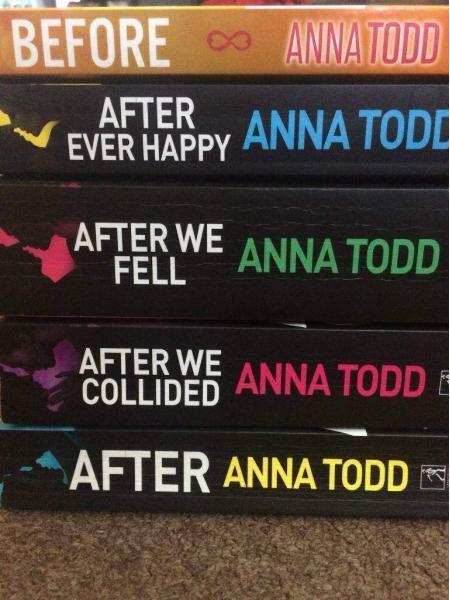 The author has started to release companion books in the series which include Hardin’s story before he met Tessa and then Landon’s story, which is Hardin’s step-brother and Tessa’s best friend. These books are not really part of the core story of Hardin and Tessa and to be honest, I didn’t bother with them for that reason alone.

I want to start off by saying this is not your typical love story. It’s so different in fact, that the people who made the movie changed the entire thing just because they were so worried that Hardin would be so unlikable.

Let’s talk about the movie for a second.

No, the movie isn’t exactly like the book. You’ll find drastic differences. Does it make the movie any less enjoyable? I don’t think so. It’s really a story all its own. You can like one and not the other or you can like both. Just because they aren’t identical stories, doesn’t take away from the movie. it’s just different and I get why they had to water it down. Hollywood isn’t as open-minded and willing to take a risk as the book world is.

The critics hated this movie. They gave it a 15% rating on Rotten Tomatoes. But the fans seemed to love it, giving it a 77%.

I liked the movie. I think it could have been better, totally. It needed to be about 20 to 30 minutes longer. They tried to smash so much in such a short period of time it made things rushed. What makes the movie enjoyable is the amazing chemistry between the two main characters. 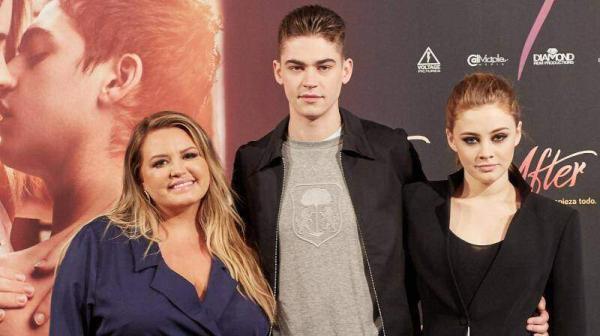 But let’s talk about the book. That’s really where you are going to have your OMG WTF did I just read moment.

When I read the first book, I was very bothered by how unhealthy their relationship is. To put it mildly, Hardin Scott is a dick and Tessa just keeps putting up with it.

Yeah, I know you later understand where it’s all coming from in the next few books in the series, but in the first book, when you are just meeting the two characters it’s a lot to swallow.

Had the first book not ended in the way that it did, which made my jaw draw completely to the floor, I probably wouldn’t have even read the next few books in the series. But that ending, my God that ending. Trust me when I say, you never see it coming in a million years. I was just sitting there going OMG! NO HE DIDN’T!

From that moment on I was hooked. I had to know more about Hardin and Tessa and I read every single book in the series, one right after the other. I couldn’t put the books down.

I can truly see no why the books have such a rabid fan base. It’s not your typical teenage love story. There are so many layers and issues and things coming out of left field. It’s all just a crazy ride, but an enjoyable one.

I highly suggest you stop whatever you are doing right now and go grab a copy of After by Anna Todd. You’ll absolutely be glad you did.

Right now, there are currently 973 others online, just like you!
Menu