Review of House of the Rising Sun

House of the Rising Sun is a Paranormal Romance by Kristen Painter. This is the first book in the Crescent City series.

GET HOUSE OF THE RISING SUN AT AMAZON

I loved reading the Nocturne Falls series from this author. In that series, she had this amazing knack to take an entire paranormal world and make it all just seem every day. She didn’t spend so much time trying to build up this whole fantasy world and instead just acted as if having a neighbor who is a vampire and that the lady down the street is a fairy, was an everyday occurrence. She doesn’t make you think too hard about the world itself, instead, she just tells a story as if witches and werewolves were real things.

Sadly House of the Rising Sun wasn’t as wonderful as her work in the books in the Nocturne Falls series.

My big problem with the book is the character of Harlow. She is the love interest of Augustine and as far as romance goes, it’s well … it makes you hard to want for the two to get together since Harlow is a very unlikable character. 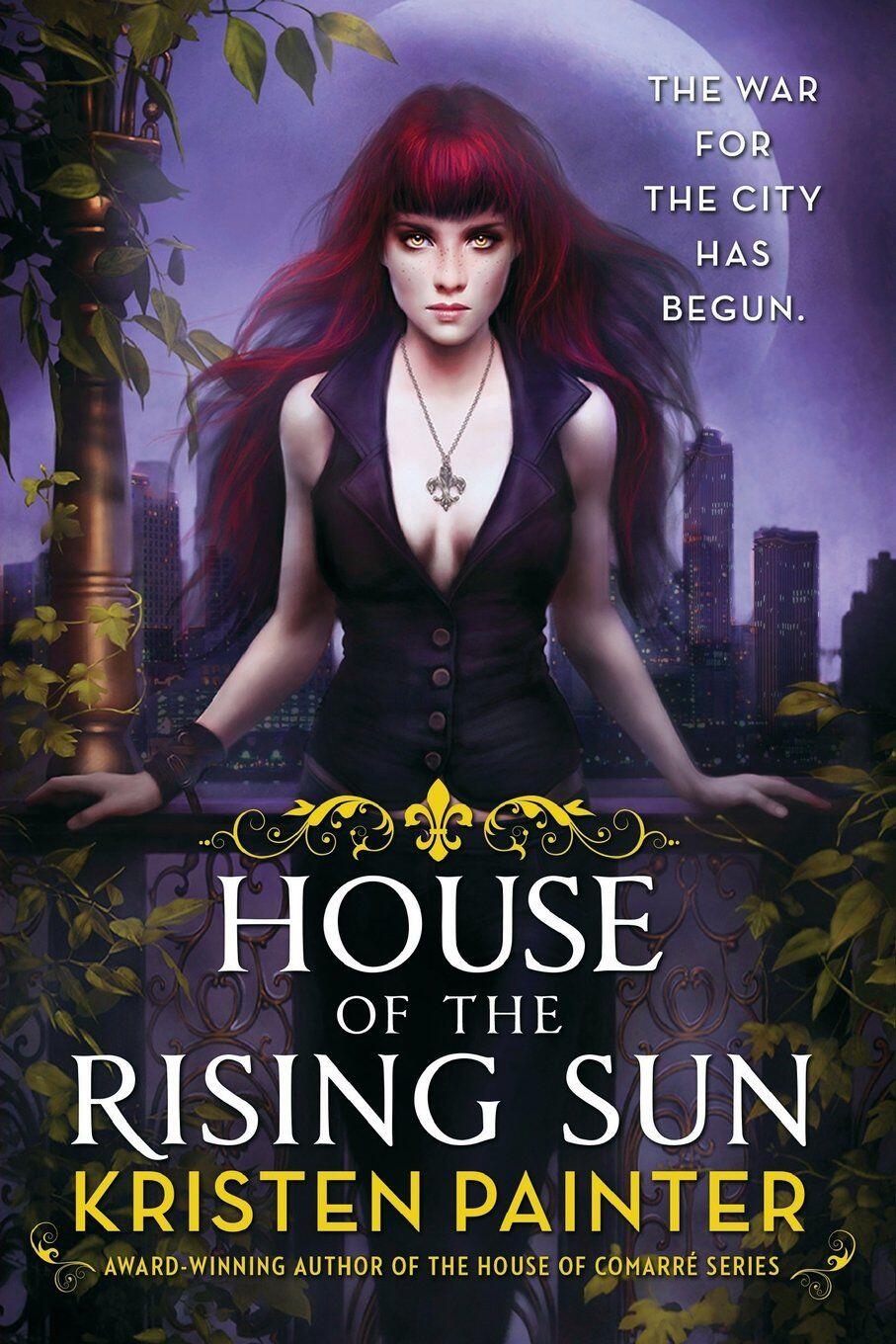 Augustine grew up with a horrible mother who didn’t love him. She felt he was an abomination. She wasn’t a fae, had only gotten pregnant by one and when their relationship bore a child the other was left alone to raise the child she never wanted. At 14 she finally kicked out the child (Augustine) and left him to fend for himself.

A few years later (I think when he was 18) Augustine met Olivia, a kind older lady who took the boy in and raised him as her own. Olivia was wealthy, a former movie star who recently moved to New Orleans to retire.

Olivia had a daughter of her own (Harlow) about the same age as Augustine who suffered from what I can only call the poor little rich girl syndrome, she had everything but even that wasn’t enough. She treated her mother horribly not because her mother ignored her or didn’t try in every way shape and form to be there for her daughter, but simply because her mother wouldn’t reveal the real identity of Harlow’s father.

Fast forward many years and her mother dies. She had only just found out her mother died, it hadn’t even been 24 hours that had passed and the girl was counting up the value of how much she will soon be inheriting, including the value of the house and the cost of the books in the library.

What kind of person goes through her mother’s things before she is even cold to calculate how much money she’ll have soon?

Instead of trying to use her powers to help find her mother’s killer, she seemed more concerned about getting to the lawyer’s office to find out what she would be inheriting – namely her focused on getting her hands on her mother’s house and other assets so she could liquidate those assets and pay off her own debts.

When it came time for the reading of the will she was infuriated that her mother only left her half of her estate.

Not once during all that time, she did mourn her mother’s death. Instead, she got pissy because she only got half of a multi-million dollar estate.

I just struggled time and again to try and find any redeeming qualities with Harlow but I just couldn’t do it.  I had to really struggle to continue even reading the book at this point.

She just sat around in her mother’s big mansion counting the money she would soon be getting. It was really disgusting.

While it’s true Harlow and her mother didn’t get along well, but the rift wasn’t anything too serious. Her mother loved her daughter very much and spent her entire life reaching out to try and be a part of her life. She would call every week, and try and visit her, even if only for a short time.

Harlow did whatever she could to avoid her mother’s phone calls or visits. And why? What horrible thing did this mother do?

The mother wouldn’t tell Harlow who her father was. That was it. She said it was for her own good and then eventually just before Olivia died, she told Harlow he had died. Sure it was a lie, but as we soon learn, a lie for her daughter’s own good.

If you are looking for a love story, this book isn’t for you. I’m told that if you read the entire trilogy, it will eventually get to the love part of the story but I just couldn’t make myself read more than this book. It just wasn’t a good enough of a story and the characters in the story weren’t people I cared to know more about.

Yes it’s obvious there is an attraction between Augustine and Harlow but it’s hard to really want their relationship to work out because Harlow really is such a horrible person. Even after she has her come to Jesus moment, it still hard to forgive Harlow.

Overall it’s not a bad book but I would say if you have to decide, skip this trilogy and instead go with Nocturne Falls series instead.

Review of House of the Rising Sun