The Glittering Court by Richelle Mead is the first book in the two-book series.

GET THE GLITTERING COURT AT AMAZON 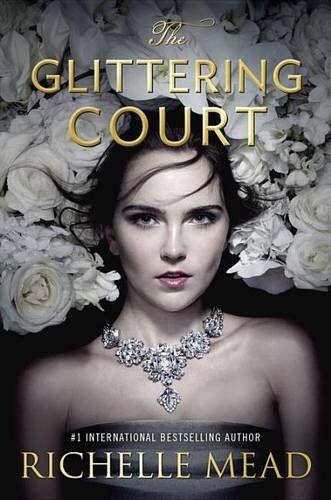 The Glittering Court is set in historical England, but you really don’t feel like it’s a historical romance. It’s written in a very contemporary way.

Adelaide is an aristocrat, who has a title but no money. As many in history have done in her position, she’s expected to marry into money, a rich man who wants a title.

Only she doesn’t want to marry some guy who only wants her title. Her whole life has been planned out for her and she’s always done exactly as she was told. Only now when push comes to shove, she isn’t sure she can go through with it.

So she does the only thing she can think of, she pretends to be one of her maids and joins the Glittering Court.

The Glittering Court is basically a school where decent looking girls without any money are sent to be educated and refined then sold off to the highest bidder in America.

Men who go to the America’s to find their fortune quickly realized the new world lacks appropriately refined women. So they are imported from England. But they don’t want just any random girl, they want pretty girls who are educated and refined.

The Glittering Court is basically a finishing school.

I get not wanting to marry some horrible guy you don’t know or like just because you have to. But running off to the Glittering Court doesn’t really make sense because, in the end, she’ll still have to marry some guy she doesn’t know and possibly doesn’t like.

So while the overall story has some plot holes in it, I still really liked the book.

It was different and well written.

It’s written in a way that you’ll easily get caught up in the world that the author has created. It starts off as a historical romance and then transforms into life on the great frontier. It was done so in a way that hardly even notice.

The beginning of the book was a little slow but when the momentum finally picked up, boy did it! It was a very entertaining read.

Right now, there are currently 183 others online, just like you!