Review of The Rain on Netflix

Netflix has been buying up foreign-produced shows and dubbing the voices over in English for US audiences. I caught The Protector and realized it wasn’t as bad as people made it out to be. Sometimes the voiceovers can be a little out of sync, but it’s a pretty seamless thing for the most part.

The Rain is a three-season series about a brother and sister trying to survive in a post-apocalyptic world. Season one first premiered on Netflix in 2018.

The world as we know it has come to an end, due to a rain-carried virus that wiped out nearly everybody in Scandinavia. Six years after that event, two Danish siblings emerge from the safety of the bunker where they have been staying. After discovering all remnants of civilization gone, they join a group of fellow young survivors, and together they head out on a danger-filled quest throughout the abandoned land in search of signs of life. The survivors think they have been set free from societal rules of the past, but they quickly find that even in a post-apocalyptic world there is love, jealousy and other coming-of-age dilemmas that young people have always faced. 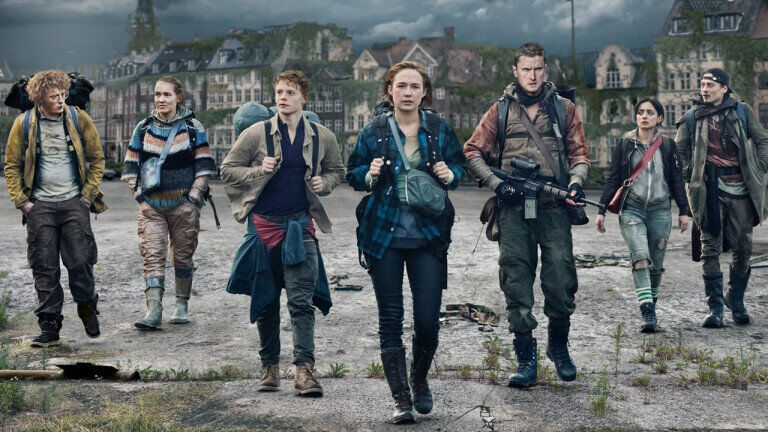 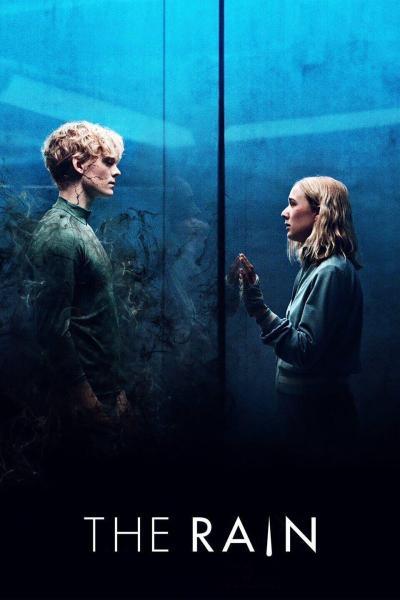 The Rain was produced in Sweden, so you’ll probably not recognize any of the actors in the movie, and yes, they did dub the whole thing in English. It was done rather well, and there are only a few errors throughout the whole thing.

The story begins with Simone, a high school girl, as the heroine. One day, her father picks her up at school and freaks out. He takes Simone, her brother Rasmus and their mother to an inground bunker.

As you might imagine, they are freaking out, wanting to know what is going on. He works for some big biotech company, and they created a virus that is spread via the rain. If you are caught out in the rain, you will get the virus and die. It’s a fast-acting virus, and you die quickly if you get caught in the rain.

Their father leaves them in the bunker and goes back to his lab to try and find a cure for the virus that he and his company created, which somehow got out of hand and spread, killing millions.

Something I’ve always hated about characters in movies and books is some of the blatantly stupid things they do. I almost turned the show off right at the start of the first episode because I hate when movies have characters who do stupid stuff that nobody would ever do.

Simone is in the bunker with her little brother and mother. Simone keeps freaking out after being there only like two whole minutes, repeating, “when is father coming back”? I mean, it’s been two whole minutes. He said he would be back, but not that quick.

A moment later, there is a banging on the bunker door. The mother tells her it isn’t her father. He will be gone awhile. Simone is like, “no, it’s father. He’s back”. So she goes to open the door and surprise, surprise it’s not her father. What it is, is a man trying to get into their bunker and get out of the rain that is quickly approaching.

The rain starts to come down, and he tries to force his way in, so the mother does the only thing she can to save her children, she runs and jumps on top of him, exposing herself and the man to the raindrops now coming down quickly.

They both die a horrible death right before Simone and her little brother’s eyes. I think he’s about 10 years old at this point, she’s probably 15.

After watching their mother die a horrible death, they return to the bunker and secure the door shut. Luckily from this point on, you don’t have any of those obvious stupid character stunts that were clearly just put there to move the story along.

I’m happy to say that past this particular act of annoying stupidity, it gets better – much better. In fact, it’s one of those shows you’ll have a hard time turning off. Totaly binge-worthy.

The Rain is three seasons long, but it’s all really just one long seamless story, from start to finish. You’ll not even realize you are going from season one to season two and so on. It’s really well done in how it moves the story along from episode to episode. There are no weird breaks.

The third and final season just came out this week. The final episode ends the story nicely, giving you a total wrap of the long but fascinating story of “The Rain.”

It starts off slow but does eventually develop into a thrilling dystopian that was well worth the watch.

Despite being three full seasons long, there were actually only a total of 20 episodes — season 1 has 8 episodes, seasons 2 and 3 each has 6. In the end, it’s really just one long seamless story from start to finish. You don’t even realize you are going from season to season. There are no unusual breaks. It’s all just one long story, broken down into 20, one-hour episodes.

Review of The Rain on Netflix

Right now, there are currently 637 others online, just like you!