With the COVID-19 lockdown, I’ve been catching up on all the fabulous shows I’ve missed. One such show is Tom Clancy’s Jack Ryan on Amazon Prime.

Tom Clancy is an author who has written some infamous books like The Hunt for Red October, Patriot Games, and Clear and Present Danger.  Seventeen of his novels were bestsellers, and more than 100 million copies of his books were sold.

Amazon has acquired film rights to Tom Clancy’s “Jack Ryan,” which has become a popular series on Amazon Prime. Season one premiered on August 30, 2018. It’s now already into the third season. 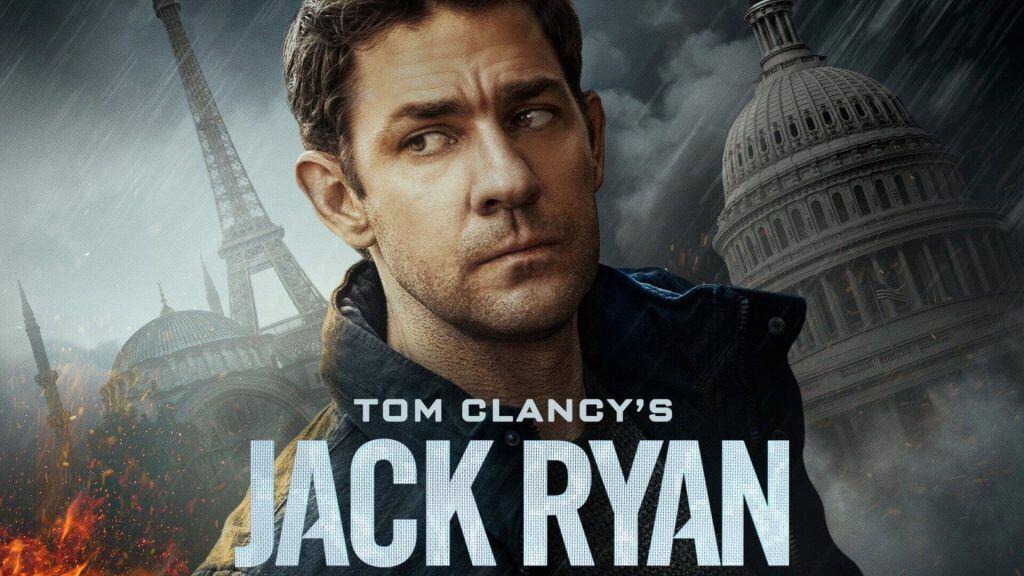 While the romance genre has famous authors like Danielle Steele and Nora Roberts, the world of thriller books has Tom Clancy. He’s a best-selling author about a zillion times over.

He covers subjects like espionage, the military, and technological thrillers. His first novel was The Hunt for Red October. His latest mega-successful book or series of books is about a CIA Analyst named Jack Ryan. The series has something like 20 books in it, but now these books are being turned into an Amazon Prime series.

Jack Ryan, an up-and-coming CIA analyst, is thrust into a dangerous field assignment for the first time. He soon uncovers a pattern in terrorist communication that launches him into the center of a dangerous gambit with a new breed of terrorism that threatens destruction on a global scale.

The leader character is played by the Office’s John Krasinski. It’s kind of weird to think of him as a leading man, but that’s really the point of Jack Ryan, he’s meant to be Mr. Everyman. He’s not supposed to be an Arnold Schwarzenegger or Sylvester Stallone type of superhero.

Jack Ryan is just a regular guy who happens to work for the CIA as an analyst and happens upon some damning information that puts him in danger as he looks into it.

So far, there are two seasons available, with a third in the works, which may not be available until late 2021 due to COVID-19 production delays.

As far as the first two seasons go, I have to say I’m impressed. I don’t normally get into action movies. Sorry but I’m a girlie girl, and action movies just aren’t my thing. But Jack Ryan isn’t as much as an action movie as it is a thriller. There is a difference.

It really is engaging. I found myself caught up in the story right from the start, and when I finished season one, I jumped right into season two. Season 1 of Tom Clancy’s Jack Ryan has 8 episodes. Season 2 also had eight episodes. Each episode lasted between 40 minutes and an hour.

Jack Ryan is played by John Krasinski of The Office fame. It’s hard to imagine what he might be like as a marine, who now works for the CIA, but it turns out he’s better than expected. He’s not a big bad military badass, but instead, he plays the role of an analyst for the CIA.

He’s not an in-your-face superhero like Sylvester Stallone and Arnold Schwarzenegger. Jack Ryan is more brains than brawn. But that’s also part of his charm. He’s one of those liable guys that you can’t help but want to root for.

An espionage thriller I would recommend you give a watch, especially now that season two is out.

The production value of this series is high. You can tell Amazon really put a lot of money into making this show.

Overall I would say it’s worth a watch. It’s a good story that will keep you engaged. Sure it’s not James Bond, but in some ways it’s even better because he’s a real kind of guy.

Speaking of which, did you know they might have figured out who the true life inspiration for James Bond 007 was?

James Bond was written by British author Ian Fleming. It was a series of spy novels long before it was turned into a movie franchise.

The author reportedly saw Bond as looking like singer Hoagy Carmichael. Is it just me, or does this guy also give off some Jack Ryan vibes? 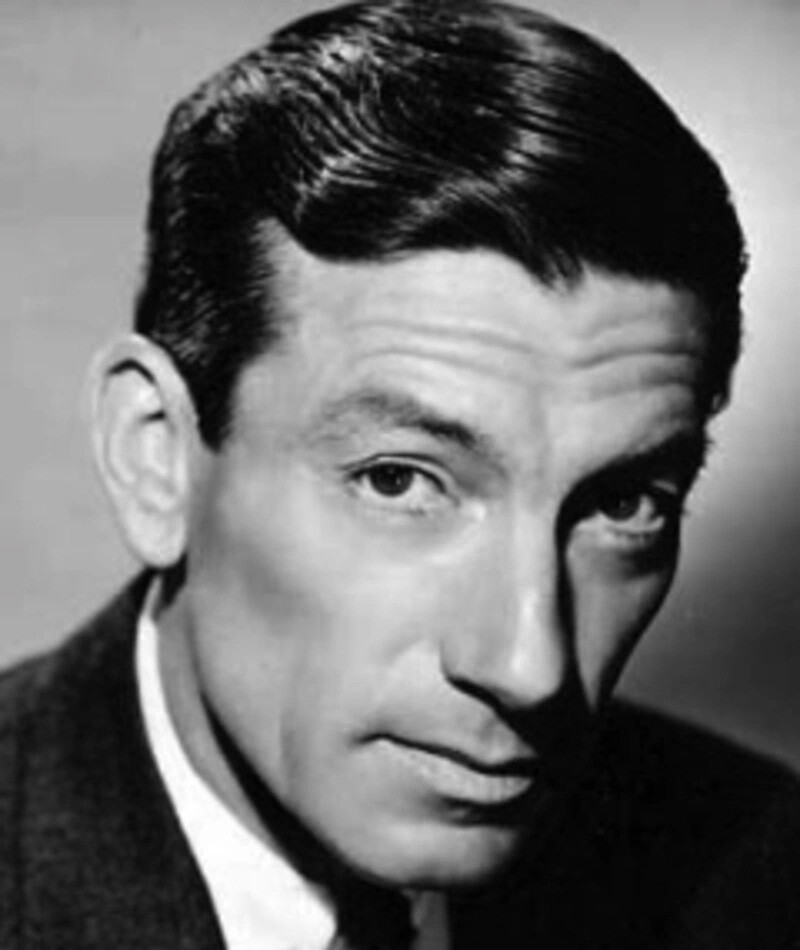 While Ian Fleming initially was said to have disliked the casting of Sean Connery in Dr. No (the first James Bond movie), he introduced the actor’s Scottish heritage into later Bond novels.

So, where did the author get the inspiration for the character of James Bond? Was he just an off-shoot of Fleming himself, who served as an intelligence officer in World War 2?

Not if the author Larry Loftis is to be believed. Larry Loftis wrote a book called “Into the Lion’s Mouth” which was about Dusko Popov, a WWI spy.

Loftis has claimed that Serbian playboy-turned-spy Dusko Popov was the real-life James Bond. Popov was a double agent for the Abwehr, MI5, and MI6 (codenamed Agent Tricycle) and the FBI during World War II, and Fleming shadowed him during one fateful mission in Portugal.

Fleming watched on from the sidelines as Popov threw down a huge baccarat bet to humiliate his opponent at the Estoril Casino. The incident provided Fleming with the inspiration for Casino Royale.

Speaking to the website James Bond Radio, Loftis said that “all roads led to Dusko Popov” when he was searching for the true James Bond. The results are documented in his book Into the Lion’s Mouth: The True Story of Dusko Popov: World War II Spy, Patriot, and the Real-Life Inspiration for James Bond.

“Keep in mind the distinction of these two questions: 1) who inspired James Bond; and 2) what individuals did Fleming borrow from across 13 Bond novels and two short stories?” Loftis said.

“Both questions can be answered with certitude. Dusko Popov was Fleming’s inspiration for James Bond, the hero we see in Casino Royale, Ian’s first Bond novel. Over the 11 years following Casino Royale, Fleming drew on countless individuals, including his own tastes, to fashion additional Bond traits.”

Loftis, a lawyer by trade, said no one thing led to the conclusion that Popov was Bond “rather, it was the constant drumbeat of the item after item that pointed to Popov”.

He said: “I investigated what Popov claimed after the softening of Britain’s Official Secrets Act in 1972 and whether those claims were confirmed by historical records and the extant MI5 files for Popov and Fleming.”

Fleming passed away in 1964 and was gagged by Britain’s Official Secrets Act in 1972, so he was never able to name Popov in his lifetime explicitly.

Dusko Popov himself passed away in 1981 at the age of 69. But was he James Bond?

Those who knew him said that James Bond had nothing on Dusko Popov, who was a double agent for the Abwehr, MI5, MI6, and the FBI during World War II. A Serbian playboy, Dusko Popov seduced numerous women, spoke five languages, and was a crack shot, all while maintaining his cover as a Yugoslavian diplomat.

Right now, there are currently 643 others online, just like you!