Sexism is still a very serious problem in the workplace

Last month I had begun working with a client as a consultant. My job was to analyze the traffic to their website, find out where it is coming from and what they could do on their website to get more of it. I work with several men on projects like this including the graphics artists, the site’s webmaster, and programmers. I work with all the people on this project remotely  (from home).

One of the men on the project was talking to me one day on the phone and he made casual mention of how two of the other men thought I had a sexy voice. I tried to ignore what he said and instead focus on the job at hand. That didn’t work because before long I began getting questions about “what do you look like?”.  So I asked the guy, “Did you ask the other guys what they look like?” and of course they didn’t. But as the only female on the team, I am constantly hit with questions about my looks, and even my breast size!

What the heck does my chest size have to do with the work we are doing?

But as a female, it’s something I have to face every single time. This situation isn’t rare or unique. It has happened to me for years now. I can’t think of a single job in the last decade that something like that hasn’t happened to me.

But I’m not alone. It turns out it’s still happening to a lot of people. And being rich and famous doesn’t save you from the very same type of sexism that I face every single day.

Recently Kate Beckinsale was on the Graham Norton show, which is a popular talk show in the UK. While on the show she talked about her work on the movie Pearl Harbor, which was directed by Michael Bay. 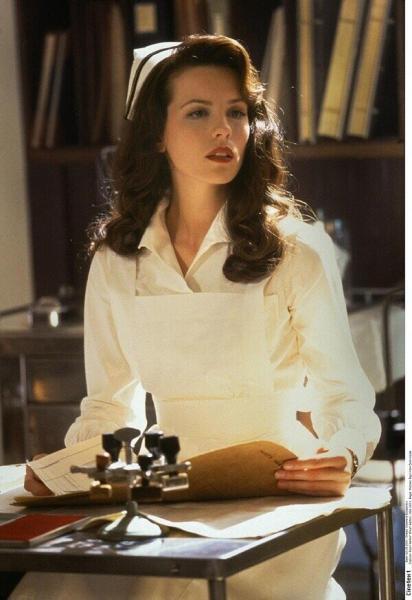 “I don’t think I fitted the type of actress Michael Bay the director had met before,” she said. “I think he was baffled by me because my boobs weren’t bigger than my head and I wasn’t blonde. I’d just had my daughter and had lost weight, but was told that if I got the part, I’d have to work out. And I just didn’t understand why a 1940s nurse would do that.”

Normally a director would talk great about the actors and actresses in one of his movies but not Michael Bay. All he seemed to focus on was how attractive she was when making the press rounds when the movie was released.

“When we were promoting the film, Michael was asked why he had chosen Ben [Affleck] and Josh [Hartnett], and he said, ‘I have worked with Ben before and I love him, and Josh is so manly and a wonderful actor’. Then when he was asked about me, he’d say, ‘Kate wasn’t so attractive that she would alienate the female audience.’ He kept saying it everywhere we went, and we went to a lot of places.”

Why he would go out of his way to insult one of the stars in his own movie is confusing but it perfectly highlights that not only regular folk like me and you face issues of sexism. Even the rich and famous have to deal with the issue of being reduced to their looks instead of their talent.

Sexism is still a very serious problem in the workplace

Right now, there are currently 5 others online, just like you!
Menu