Some People Give Love a Bad Name

I read an interesting story the other day entitled “4 Unique Ways to Get Out of The Doghouse with Your Girlfriend”.  I make mention of it only because the entire story was a disaster waiting to happen and was horrible advice.

Dating can be rough, especially if your girlfriend has a hot temper and is prone to kick you out into the “doghouse.”  With these innovative tips, you’ll win back her favor in no time!

1. Hire a Mariachi Band or Local Acapella Group to Serenade Her 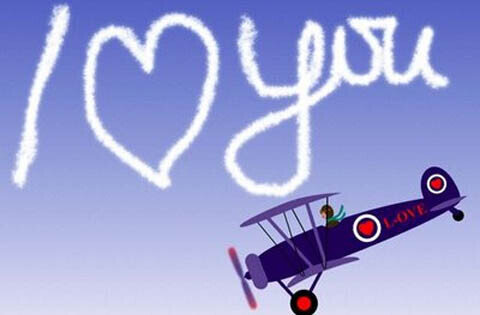 Unless she truly hates you, this will surely put a smile on her face and have her inviting you back into her comfort zone again.  Be sure to pick a humorous or joyful song; go for a sense of fun, not desperation.

If you live in a major metropolitan area, chances are you and your girlfriend regularly walk by homeless people.  They would love to have $1, let alone $5.  Find a homeless person along the route she usually walks on her way to work.  Come up with a witty sign, like “Angela, John Would Like to Apologize for Going to Poker Night Instead of Visiting with You and Your Family.  Will you Forgive him?  – From John”.  Or whatever — be sure to be creative and witty.  I guarantee she will get a kick out of this.  You might have to show the homeless guy a picture of her so he knows he needs to get her attention, but having her name on the sign should do the trick.

3. Propose Marriage to Her at a Baseball Game

This one only works if she will go with you to a sporting event.  During 7th inning stretch, half-time or throughout the event, they will often post announcements up on the big screen displays throughout the stadium.

Before the game, visit the gaming office where you can tell them to make these announcements, and say that you’d like to make on for a wedding proposal.  (or perhaps just to say hi, if she wouldn’t react nicely to a full-on practical joke like this!) Be sure to keep an eye on the big screen throughout the game, so as not to miss the announcement.

4. Write Your Message in the Sky

We’ve all seen this in the movies, but how many people actually have the guts to go through with it in real life?  For as little as $100, you can hire an airplane to fly a message to your girlfriend across the sky.

The first advice they give is to hire a Mariachi Band or Local Acapella Group to serenade you. Perhaps a tad over kill. I mean what could you have possibly done that was so bad that you have to go to such extremes? Wouldn’t it just make more sense to actually listen and COMMUNICATE with us in the first place? If some guy has to go this far, I suspect there is far more involved than what he is saying so now instead of being happy with him I have a whole level of distrust.

The second thing they want you to do is pay a homeless guy to hold up a sign. This one just creeps me out. I live in a big city and yes I do sometimes drive by a homeless guy but I assure you, I’m not standing around them daily or hanging out where they do. This whole idea is just beyond creepy to me.

The next advice is to promote marriage at a baseball game. REALLY? This is a good idea to someone? Anyone? I don’t know about you but I would hope that if a guy was going to propose marriage to me it would be because he loves me and wants to spend the rest of his life with me, not because he wants to “get out of the dog house”. Beyond that little problem with this idea, how horribly unromantic can a baseball game be? This has to be the worst idea of them all.

The last bit of advice this person gives is to write a message in the sky. While this may have been a good way to propose marriage to the one you love and want to spend your life with, it doesn’t make much sense to go to such extremes for a simple apology.

I think the best idea at all, if you love and respect your girlfriend or wife is simply to just admit you know what you did wrong, and be willing to talk about it openly and honestly. Communication is the key to any successful relationship. These gimmicks won’t do anything for you. If you really care her then have enough respect for her to believe in her desire to want to be with you and talk about what the problem really is and why you did what you did in the first place. Trust in her love for you and you’ll go much further than by trying any of these stupid tricks.

Some People Give Love a Bad Name

Right now, there are currently 490 others online, just like you!
Menu