Some tips to find #love. It isn’t a hopeless search!

These 15 people who thought they would never find love give advice to those of us still looking.

When it comes to life goals, the wait to find love can seem endless. Finding a person to spend your days and years with tops many peoples’ wish lists. If that describes you, take heart: these 15 formerly single people have some advice that can get you through until you find your own happily ever after.

“You really only need one person.
Don’t pick someone to fix, or be fixed by – this will only take away your time and emotional energy.” 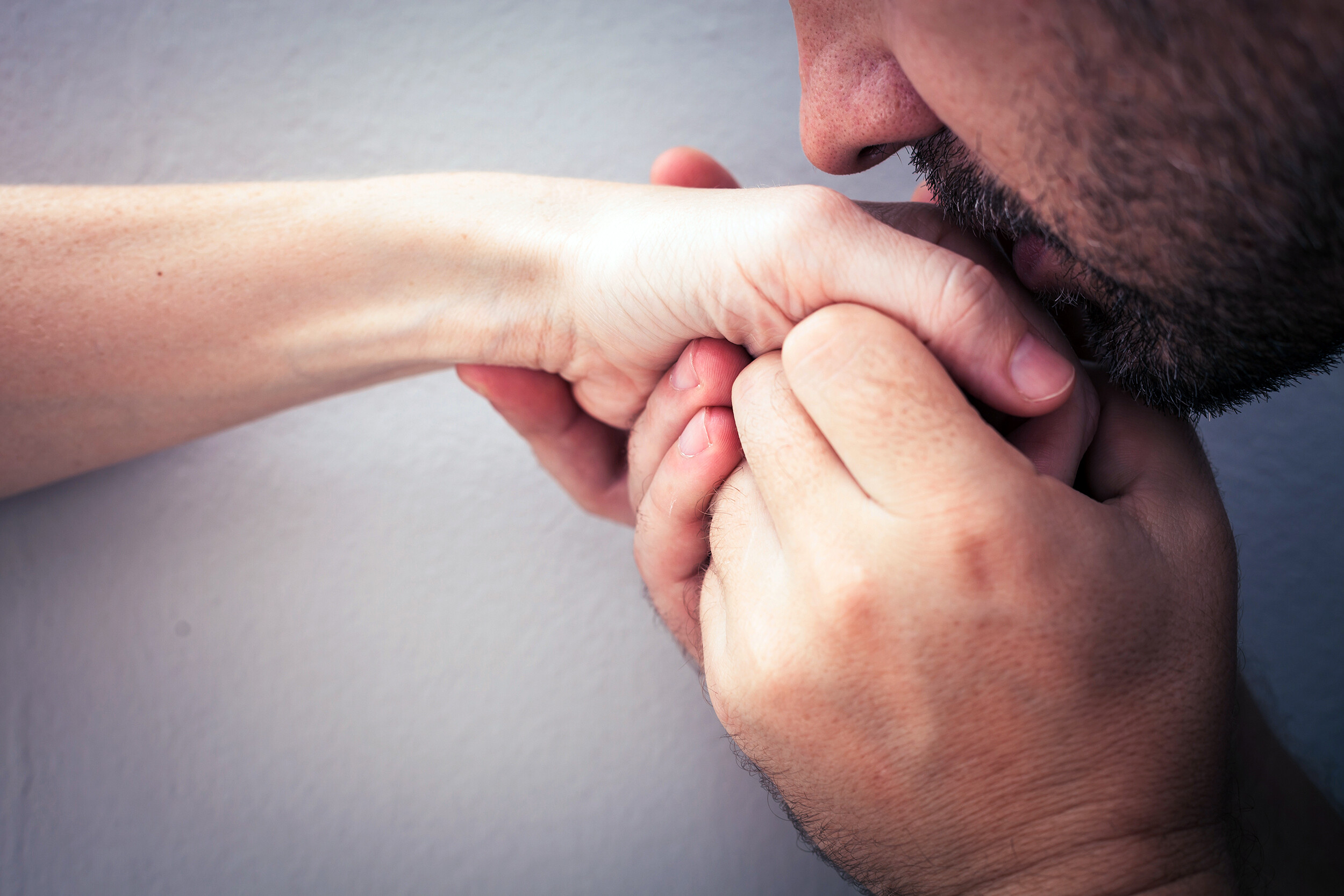 “I’d say don’t stress it by purposely trying to “activate the dating mode” on every woman you meet, just stay at on a friend level and see how it goes, if it develops into something where you think she’s interested in more, go for it, if not then don’t ruin the friendship and respect her opinion. In the end it’s a lot of randomnesses. My first gf came outta nowhere and didn’t have the intent to date me, but it went well (well, for a while, lol) That being said, I’m bad at all of that stuff, so take my stuff with a grain of salt.”

“Keep putting yourself out there. You’re not gonna meet your future someone by sitting at home alone (unless it’s the food delivery person I guess). Even if you only have one friend (or none) who is available that day & can join you, still try to go to concerts, bars, bookstores, restaurants etc alone.

Also just because things don’t happen romantically with someone doesn’t mean cut them off. Sometimes people are meant to just be a fun friend/acquaintance and you can expand your social circle through them, and meet a romantic partner from that.

“I know it sounds weird.. but: Stop looking and find a hobby that can involve other people. I swear women can smell desperation and loneliness. After a couple of years of dating after my divorce, zillions of first dates and women who had no long term potential, I gave up. I just did my own thing, worked on my cars with a local car club, worked, took care of the kids when I had them. Eventually, the woman I never would have sought out, unexpectedly came along. Been married 16 years now.”

#10. Be vulnerable with people

“I was so painfully shy and insecure when I was younger. I didn’t believe anyone would see anything valuable in me. I would say don’t get caught up in thinking you’re unlovable. It’s a self fulfilling prophecy. Allow yourself to be vulnerable with people. I spent a lot of time pushing people away because I feared rejection so much.”

#9. Put yourself out there

“Try to do something that allows you to meet new people. And I don’t mean it in a romantic way like go on dates, but, you know hang out with people, get to know someone new. This way even if you don’t find someone to date, you can get to know someone and they will introduce you to someone else and so on.

I mean, I know it’s very easy to just sit at home and be like “Well, if it’s my fate, he/she will find me eventually”. Especially if you’re a girl (like me), it’s easy to think this way and not even try to put in any efforts. But it doesn’t work this way. Push yourself, be proactive, put yourself in situations where you might meet someone, even if they’re sometimes not so comfortable for you. Even statistically the more people you meet, the more are the chances that one of them will end up that special someone.”

#8. Be upfront about your feelings

“I didn’t meet my wife until I was 30. My 20’s were quite lonely having had only one real girlfriend. Now that I’m married with 2 kids, my advice for anyone younger and trying to meet a partner in life, is that you need to be upfront about your feelings, and not be concerned about rejection. None of the rejection will matter when you get older. In the moment in can feel bad, but instead you should think, “oh well, they didn’t like me, I will go try another one”

TLDR: not everyone is going to like you, and that’s ok. Just keep trying until you find someone that does!

Edit 2: people are much more often attracted to a personality, rather than on looks alone. If you show a potential partner that you are kind, generous, thoughtful etc, they could be more likely to find you attractive in the future. Just don’t lose faith in yourself and stay positive.”

“I spent much of the last 5 years thinking I was done with dating, that I’d be single forever, that women my age weren’t interested in guys like me, etc. etc. etc. Make an excuse, I was probably telling it to myself.

I’ve tried online dating, I’ve tried getting “out there” and widening my social circles, doing new things. I’d had a few very brief trysts arise from my efforts, but real connections felt very scarce, which to me seemed preposterous. I live in a very progressive state, with TONS of smart, kind, witty, wild women who are involved, aware, and active. But for all my efforts to meet and hold the attention of one, I was only feeling more and more defeated over time.

The best thing you can do, I think, is to just do you. Find joy in your daily routine, in the aspects of your life that you choose. Be into you. Someone is going to notice. Confidence and comfort in your own skin is probably the most attractive quality one can project. Are you a little bit weird? Fucking go with it. Own it. Revel in it. Someone out there is gonna find your quirks adorable, even sexy. I’m 35 years old and I still have trouble believing myself to be an attractive individual. But I am also an incredibly harsh critic of myself, and I think many of us are, too. Just accept and love yourself, embrace and live the shit out of your life. Someone is going to want in.

“I always tried to remember something I read. “Happiness is like a butterfy. The more you chase it, the faster it will flutter away. Its when you ignore it, and focus on other things, that it will come land in your hand on its own.”

“Become okay on your own first and foremost and recognize that there are things about yourself that people will not like and will disqualify you from their dating pool and that’s okay! I lost over 140lbs and have quite the amount of loose skin and once I realized that some quys and gals just wouldn’t be down for that and that’s alright I started to be okay.

I let potential dates know before hand and if they were like, “eww no.” Then I knew that that wasn’t someone I would want in my life anyway.

Other guys I told about it would try to shower me with compliments and say, “no, you’re perfect,” but I could tell they cringed.

My current boyfriend saw a picture of my skin, nodded took a breath and said, “babe, your shit’s fucked.”

I love that asshole.”

“I don’t mean to spoil the mood, but there’s a Bo Burnham quote that I think applies here: “I would say don’t take advice from people like me who have gotten very lucky. We’re very biased. You know, like Taylor Swift telling you to to follow your dreams is like a lottery winner telling you, ‘Liquidize your assets; buy Powerball tickets – it works!’ ” If I’m honest, luck was the main factor in me finding my partner, and there’s no formula or advice I can pass on for that.”

“Get out of the house! People aren’t going to show up to your front door. The more social events/places you go to the better. I know people who complain about there not being anyone out there for them but they never give themselves the opportunity to meet new people!”

“I was a shut-in ages 13-17 because of my family’s abuse and bullying in middle school. My therapist, family, family’s friends, etc. were all skeptical of my ability to live a “normal” life — I basically spent all day playing Runescape, procrastinating in online school, and roleplaying on weird niche websites. I had severe anxiety, depression, and body dysmorphia, so any hallmarks of a “normal” life seemed totally out of the question. Especially romance and sex, because of the body dysmorphia.

Some stuff happened, and I ended up moving out at 18. Into my own apartment. Everyone thought this was completely insane, of course, but it worked.

I think the most important part was that I had to rely on myself, which involved, like, ordering at restaurants. Or buying vegetables at the farmer’s market (the closest market to my house). Or working on my laptop in a coffee shop because they had free internet and a good parfait. I don’t know — no one reacted to me like I was some crazy monster with a hideously wrong face. So I started talking to people, who mostly assumed I was a real person and not someone who until recently would go days at a time without bathing (alternatively: bathing 6 times a day), waking up only to play Skyrim, eating chips for every meal. I was mostly just so shocked each step of the way — shocked that people were reacting to me like I was normal — that I didn’t even really think about romance until it happened organically. And after that, I felt normal, because I had done lots of normal people things and I didn’t feel like I was pretending anymore. So, it was easier the next time.

It’s cliche, but I think the only reason any of this happened was because I put myself in a position where I had no option but to do a bunch of things that seemed terrifying and impossible before. And it’s easier to do things when you have to, and if everything is something that used to be completely impossible, there’s not that big a gulf between, like, buying a watermelon and talking to the person sitting next to you?

I don’t know if that’s good advice. But yeah.”

That random guy buying caulk at Lowes on Sunday morning probably has a few things going for him.

He knows a little something about home maintence. He’s frugal enough to do the job himself. He’s not still drunk from last night. He is going to finish his project before the game begins tonight.

It’s at least worth a chat.”

Some tips to find #love. It isn’t a hopeless search!

Right now, there are currently 716 others online, just like you!
Menu