Sweet Talk is a contemporary romance by Julie Garwood.

When Special Agent Grayson Kincaid first encounters Olivia MacKenzie, she makes quite an impression. The beautiful, tough young attorney has stumbled into the middle of an FBI sting operation and reduced it to chaos. Olivia has ticked off the wrong guy. He’s FBI. But Olivia is even more intimidating. She’s IRS. Olivia is on the trail of an elaborate Ponzi scheme for her own very personal reasons, and her investigation has enraged some ruthless people and endangered her life. She’s no stranger to tight situations, but she’s smart enough to know when to call for help, especially if that help is tall, dark, and handsome. Grayson and Olivia make a great team to fight corruption, but they’re also fighting an intense attraction—the one battle they’re bound to lose. 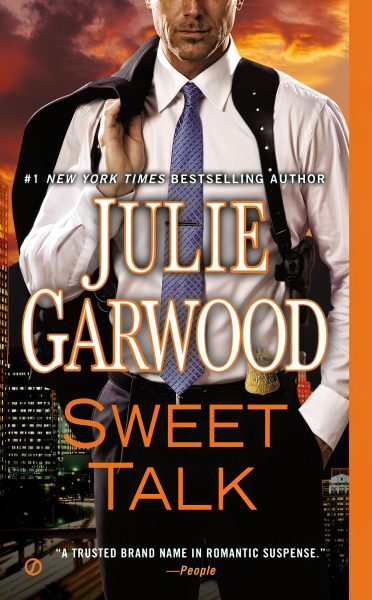 Sweet Talk from Julie Garwood was a popular romance novel released in 2012. Because it sold so many copies, I decided to check it out when I was able to pick it up for next to nothing. I was especially excited to read the book when I read that “Julie Garwood is among the most critically acclaimed — and popular — romance authors around, with thirty-six million copies of her books in print.”

The story was okay. Wasn’t bad, wasn’t great. The dialog between the characters was fine, but the rest of the book was off. It seemed like she was stating many facts instead of letting the story flow. It was, I don’t know … it just felt like a forced story and very robotic and not at all what you would expect from such a well-known author with not one or two but so many best-selling novels under her belt. It is something you would expect from a new or indie author who just doesn’t have the experience yet under their belt to know better.

Right now, there are currently 8 others online, just like you!