What Does A Third Date Mean?

Dear Tracy,  I met a guy at work who I’m really attracted to.  He works on another floor do I don’t really get to see him during the day all that often so that doesn’t concern me about doing a co-worker but you know how rumors go at work.  So what do I do?  What way can I avoid getting a horrible rep at work?  I don’t want my co-workers to think I’m a trollop if this doesn’t work out.  So is the 3rd date really best?  I heard that somewhere. What does the third date mean? Is that even a thing anymore? Does that even matter anymore in modern-day times or am I just crazy?

If you don’t want people to see you like a trollop then don’t act like one.  It truly is that simple.

As far as the three-date rule goes, I don’t quite know where that came about but I don’t agree with it.  It’s not really appropriate to have intimate relations with a guy you’ve only had a few dates with.  Some people say the 3rd date is fine for a first kiss, but not for anything more. If you really like a guy then take it slow and don’t be afraid to wait as much as three months! 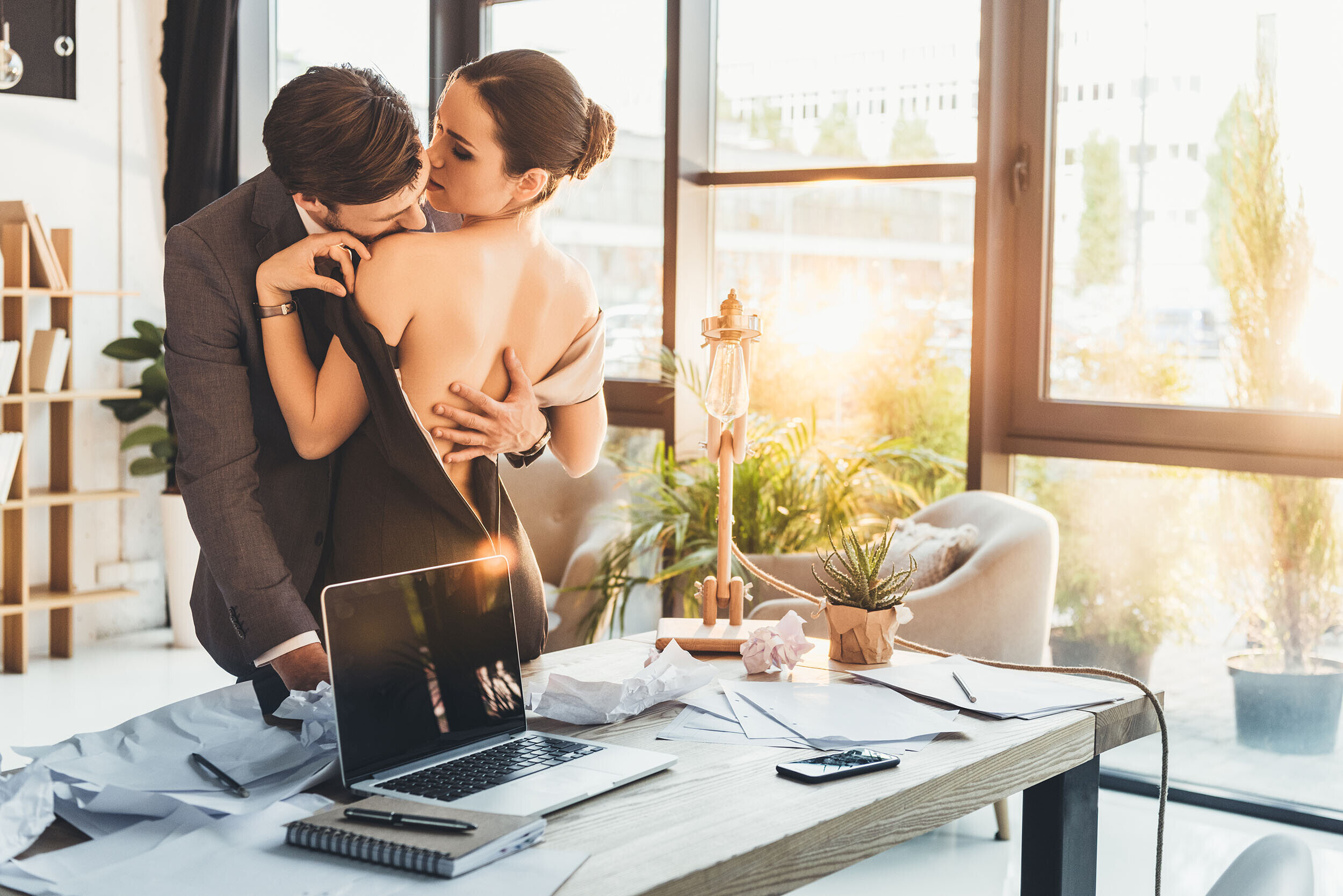 Okay sure some people may think that’s just old-fashioned, but it’s not about age, it’s about self-respect. It’s about taking the time to get to know a person before you give them everything. Would you take out a knife and cut a small piece of your flesh off and give it to some random guy you met while walking down the street? Of course not. That would just be crazy, right? But would it be any less crazy to give yourself to a man you don’t know just because you are “dating”? I mean come on, because you put a label on it, doesn’t mean you know him any more than you know anyone else. Take your time, slow down, and find out if this guy is worth getting the big prize … YOU.

Why rush into things?  If you really like him then going too fast will only turn him off and if things don’t work out, it’s a way to ensure you are going to hear those office rumors about how fast you slept with him.

So here is my advice … If you insist on dating someone at work then go slow.  Don’t have intimate relations with him too fast, and avoid calling him.  Don’t be a stalker.  He already has to see you at work so don’t make it uncomfortable for him.  Instead, if he doesn’t call you, then he doesn’t call you.  Don’t make a big deal about it.  Just move on and find other things to do.

If he respects you he will call you.  Don’t give him a reason not to respect you.

Does it have to be three months? Of course not. For some people, it will be as soon as three weeks, while for others it could very well be in three days. Only you know what is right for you. There is no magical formula. The point is that you slow down and take the time to get to know the person you are with. Sometimes people are harder to open up to than others so it may very well take months on end to really get to know if they are right for you. While others are an open book and in just a few dates, you feel like you’ve been friends forever. All I’m asking you to do is to give yourself some time today, to potentially save yourself some serious heartache in the future.

The Third Date rule is just a saying with an unknown source, this says that a girl has to wait till her third date before she makes her decision.

Dating and relationship expert Erica Cramer when explaining this third date rule says that if you are on a third date this shows genuine interest between you two.

This rule is more about the idea of giving time before you get intimate with the men. Although it’s more about personal understanding and your own feel to decide if he is the man you need in your life.

What Does A Third Date Mean?