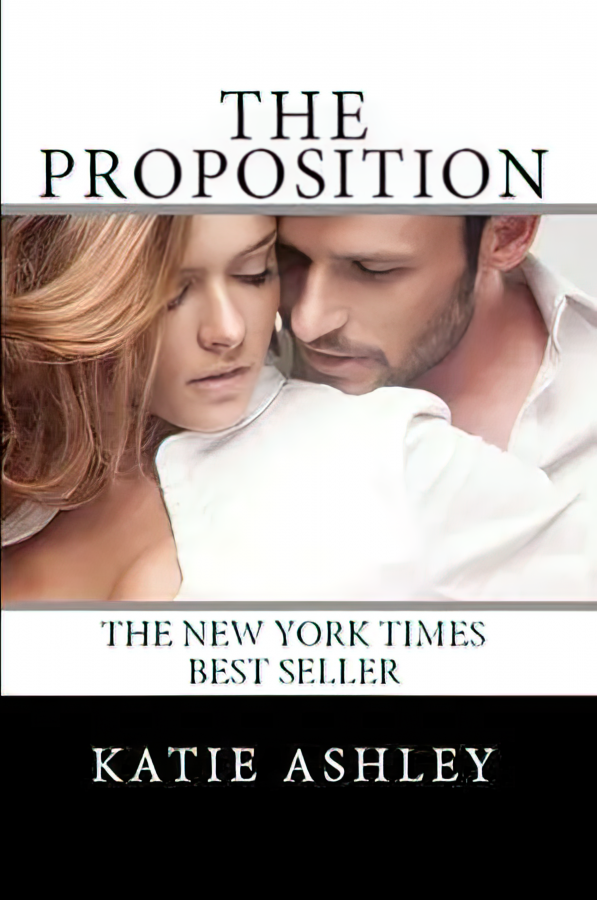 The Proposition is a contemporary romance novel by Katie Ashley.

With her thirtieth birthday looming, Emma Harrison finds her biological clock clanging and the elusive knight in shining armor yet to appear. She’s running out of options, especially after her gay best friend backs out from being her sperm donor. Of course, there’s always a sperm bank, but Emma fears a donor mix-up might impregnate her with the spawn of Satan. Resident company womanizer, Aidan Fitzgerald, is used to always getting what he wants, especially in the bedroom. When Emma spurns his advances at the company Christmas party, he is determined to have her no matter what it takes. After Aidan learns of Emma’s predicament, he is quick to offer a proposition that will benefit them both. He will father Emma’s child, but she must conceive it with him naturally.

Not one for hook-ups or casual sex, Emma is reluctant to take him up on his offer, but his charm, coupled with her intense desire for motherhood, wins out. Soon their baby-making sessions become more than just physical. Aidan can¹t seems to walk away from her while Emma begins to wonder if Aidan could be the one. But can Aidan leave his past behind to become the man Emma needs him to be? 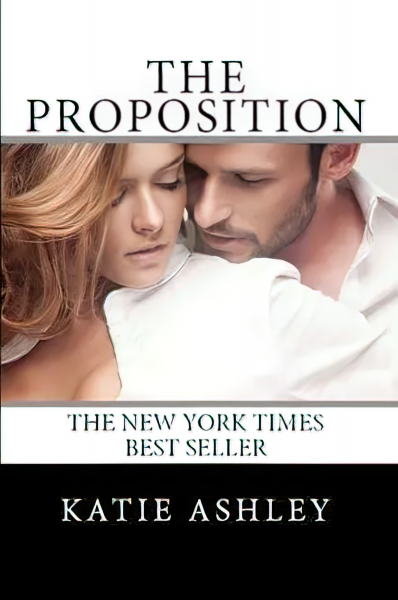 The most shocking part of this book is that it is a New York Times bestseller (or so the cover says). The not-so-shocking part is that it’s a self-published novel. Not a knock against indie authors, just that sometimes indie authors skip over some of the important steps of releasing a book, and that’s oftentimes the editorial process. The book seems to be lacking some basic editing as well; by this, I’m not one of those grammar Nazis. No, I’m talking about repeated use of the same words like “he mused” or “she mused.”

It’s said about 20 times in the first few chapters. There are other ways to identify that the character is speaking. Then there are the other tiny mistakes, like in one part of the book, she can’t stand the smell of meat without getting deathly sick, which is how Aiden’s father knew she was carrying a boy, and later on, she is crazing ice cream and bacon nonstop.

I hate writing bad reviews and probably wouldn’t have written this one, but I feel like I owe it to women everywhere to speak up and say, ” Hey, this kind of behavior isn’t okay. This isn’t the way you win a man. This isn’t the right thing to do. If you want to find Mr. Right, you need to be Mrs. Right. You need to get your crazy in order and understand that sex is not the way to a man’s heart. You need to understand that once a man has cheated on past girls, he is going to cheat on you. Did you people not learn anything from Sandra Bullock? When Sandra Bullock met her now ex-husband Jessie James, he left his wife, who at the time was seven months pregnant with his child, to be with Sandra Bullock. Then surprise, surprise, once a cheater, always a cheater. Why is this confusing? ONCE A CHEATER, ALWAYS A CHEATER. If he cheated on his ex-wife with you, then chances are one day he is going to cheat on you with someone else.

The book starts off with the premise that a girl who just turned 30 wants so desperately to have a baby that she won’t even speak to her gay best friend because he won’t be her baby daddy. At first, he agreed, but his life partner didn’t like the idea, and together, they decided it wasn’t right for them. Instead of being a good friend, she goes into an immature rage and won’t speak to him and even threatens to call the police on him for stalking her when he tries to contact her to apologize. He is her true friend and feels bad that he can’t do what she asks, but she doesn’t care. She’s immature and selfish and throws a big hissy fit. His life partner doesn’t want him to even talk to her. He is smart enough to see how bad Emma is. Their relationship is toxic.

I won’t call the main character the heroin because she’s anything but. This Emma Harrison is insecure, desperate, and really just a sad, pathetic person who makes all the wrong decisions and keeps finding a way to justify them to herself. She’s also a horrible selfish friend who only really thinks of herself and what she wants and is now going to bring a baby into this mix so that she can feel loved. Seriously?

And that is just how the book starts out. From there, she meets a guy. Well, actually, she met him last year, but that is where she found out that he’s the company pig and will sleep with anything and quite frequently does. Hell, he was even considering banging the housekeeping chick who was thereafter hours cleaning up his office.  He is a man whore. That’s his way, and he’s clear about it from the start.

Millions of women out there fall in love with the wrong guy — You know, the kind of guy who cheats on you, treats you like shit, or doesn’t respect you. That’s why sites like girlpowergirlstrong.com have such a large following. And the book I read this week is like a road map of what not to do in terms of relationships and men.

You know those really dumb girls who end up with the wrong guy and are like, “but he called me pretty,” and you just want to smack them? Well, that is the star of this little doozie of a novel.

No, these are not just generalizations about some really stupid girls in society; this is actually what took place in this book. That is how amazingly dumb this girl Emma is. If a man tells you upfront that he’s a man whore, RUn – don’t walk but RUN the other way as fast you possibly can. Sleeping with a guy isn’t going to warm his heart you. It doesn’t work that way.  Period. I don’t care what you think or what someone told you – it just isn’t ever going to happen. If you think that the more you sleep with a guy he will eventually fall in love with you, you are wrong. You are wrong. You are wrong.

And in closing, I just want to add, how many times do you really have to use the word “ministrations” in your book? For the love of all things holy, in the future, find a different word that isn’t so amazingly awkward in terms of your storytelling. How in the heck did this book become a New York Times bestseller? 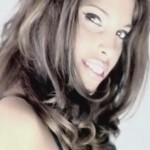 I’m the dedicated romance book reviewer here at Girl.PW, because who doesn’t love a good love story?  My reviews may not always be nice, but they are honest. Lately, I’ve also been reviewing some shows from Netflix and Amazon Prime and well, who knows what else I may find to review for you.

Find me on: Web

Girl Power Girl Strong™ is part of a global movement to effect social change. We empower women to take control of their lives and help them make a better world. This site has been around in one form since 1997, and we are still going strong all these years later! We now have 28481 amazing members, and we continue to grow. This site offers a wealth of information on contemporary women’s issues such as relationships, pregnancy, career advice, and more. Here you can also get a good laugh at our stupid men jokes or worst pick-up lines or read about dating stories from other women just like you.

Right now, there are currently 429 others online, just like you!