Review of The Sweetest Thing

The Sweetest Thing is a romance novel by Jill Shalvis. It’s part of her Lucky Harbor series.

Two Men Are One Too Many . . .  Tara has a thousand good reasons not to return to the little coastal town of Lucky Harbor, Washington. Yet with her life doing a major crash-and-burn, anywhere away from her unfulfilled dreams and sexy ex-husband will do. As Tara helps her two sisters get their newly renovated inn up and running, she finally has a chance to get things under control and come up with a new plan for her life. But a certain tanned, green-eyed sailor has his own ideas, such as keeping Tara hot, bothered . . . and in his bed. And when her ex wants Tara back, three is a crowd she can’t control-especially when her deepest secret reappears out of the blue. Now Tara must confront her past and discover what she really wants. If she’s lucky,she might just find that everything her heart desires is right here in Lucky Harbor. 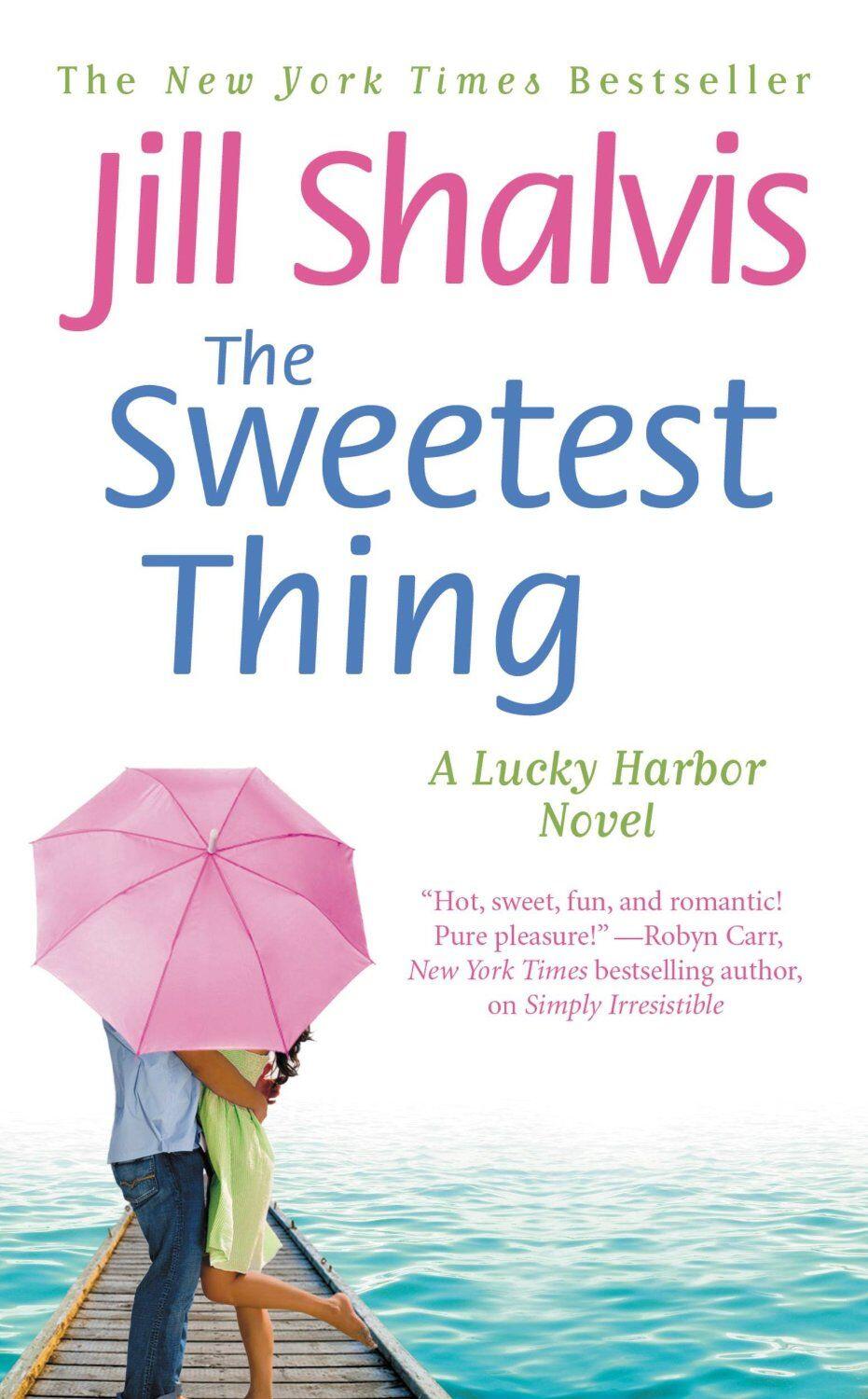 The Sweetst Thing is now available at Amazon

Despite being an author, despite being extremely good at what they do, people still make mistakes. No one person can possibly know every single thing about every single subject in the entire world. But that being said, if you are going to write an entire three book series that features a fine lady of the south, you might at the very least want to spend some time getting to know one. If you are from the south, you don’t know about all of the stereotypical southern views, especially thoughts including our accents and the things we say. You also know that in 200 million years no proper southern lady would ever say “fuck all ya’lls”.

That’s not even a real thing. I just had to roll my eyes on that one. I think what she meant was “Fuck Ya’ll” or maybe “Fuck you all?” I have no idea. But what I can say is, this book has a few gems of that nature.

And if you make the mistake of getting the audiobook version of this series, you might soon find yourself a little offended at the very very very very bad interpretation of a southern belle accent.  Of course the really funny part is that the girl is from Texas, not Atlanta, Georgia which I suspect is the accent they were going for. Anyone who has ever had a conversation with ANYONE from the entire state of Texas could tell you the massive difference between the two. There are a lot of little mistakes like this in the book and well quite honestly, some readers who are from the south might find them a little offensive.

It was just really done in poor taste and whoever edited this book quite honestly needs to be fired, especially whoever allowed the audiobook narrator to go all Gone with The Wind on the voice over.

I know that sounds harsh but it’s true. If you are going to take time to write about a strong lady from the south, at least make an effort to get it right. Don’t use standard stereotypes. Don’t confuse ghetto slang with southern idioms. But to be clear, I really don’t blame the author for making this mistake. This isn’t an indie self published novel. This mistakes should have been caught by the editor who worked for the publisher.  If a publisher can’t provide even basic services, then no wonder so many people are doing it themselves, because what are they good for then?

The final thing that really bothered me about this book is that when I want to escape into the fantasy of love, the last thing I want to hear about is about the sex lives of underage children. I’m sorry but that’s just to much. There should never -ever- be a time in any romance novel that goes into detail, condom talk included about the sex lives of anyone under age. PERIOD. The entire story of the underage daughter in a relationship could have been done just fine without her actually saying he is having sex, finding the condom, and so on. I can’t say this loudly  enough for other authors who might be reading this … DO NOT DISCUSS THE SEX LIVES OF UNDERAGE CHILDREN IN YOUR BOOKS.  Teenage love is one thing, but to actually cross that line and go into their sex lives is just wrong on so many levels.

Okay enough of that rant and on to the book itself.

As I said before, the author is good at what she does on a basic level. She wrote a sweet love story and a boy and girl who fell in love. So if you can get over the little mistakes here and there throughout the book and avoid the audiobook at all costs then I think you’ll find you will like this book. I liked the first book in the series far better than the second, but if you are like me and have to read the whole series just to find out what happens then you’ll find this one isn’t to horrible. Just ignore the insulting stereotypes.

The author is after all clearly a Yankee, so what can you expect? HA! Sorry I had to put that in there. I’m just teasing. I’m not THAT much of a southern belle.

Review of The Sweetest Thing

Right now, there are currently 531 others online, just like you!
Menu