Things to stock up on that almost never expire!

The Covid-19 quarantine has “prepping” on everyone’s mind lately. When the lockdown first began things we never thought of not being available suddenly were not around. I mean whoever thought there would be a shortage of toilet paper? But the sad truth is, this could happen again and that’s why we were working with our friends over at Prepper Strong to come up with a list of things you can stock up on that never or almost never expire.

This way if you happen to be out and about and see a sale on some of these items, you can pick up a few extras and save for that what if, situation. 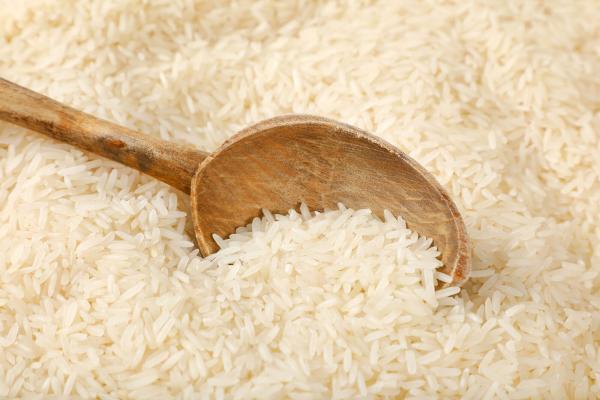 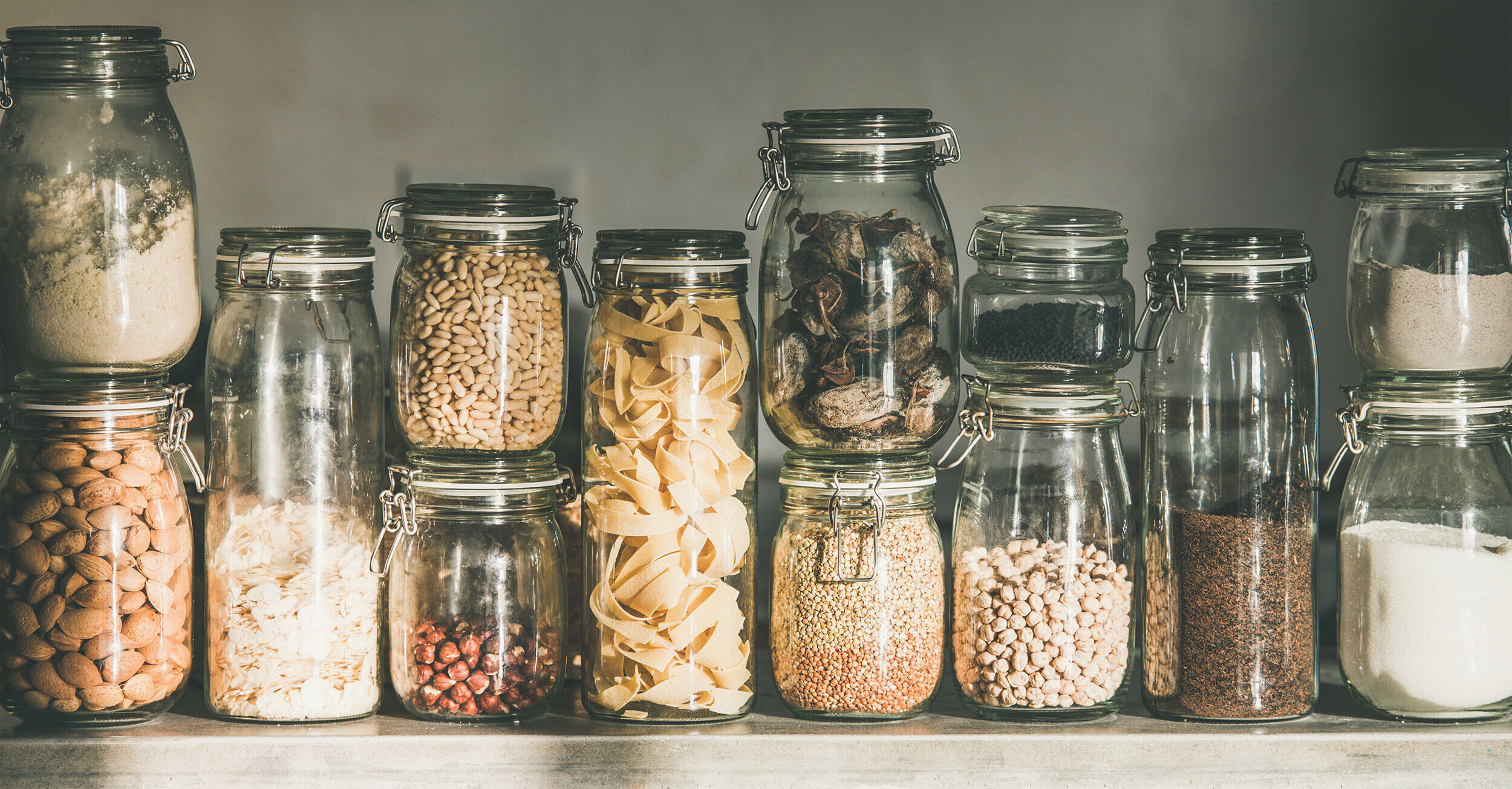 Sure you can’t live on rice alone, but it’s great to have just in case. Researchers have found that white (or polished) rice will maintain its nutrient content and flavor for 30 years when stored in oxygen-free containers in temperatures below 40 degrees Fahrenheit. Brown rice, however, doesn’t last nearly as long (6 months) because of the natural oils found in its bran layer. 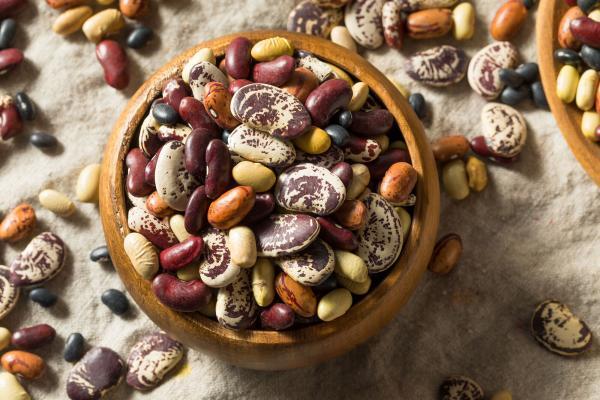 As with the rice studies, researchers at Brigham Young University found that after 30 years, the overall quality of pinto beans decreased, but “all samples were considered acceptable for use in an emergency situation by at least 80 percent of consumer panelists. Also, protein digestibility was found to remain stable over time.” 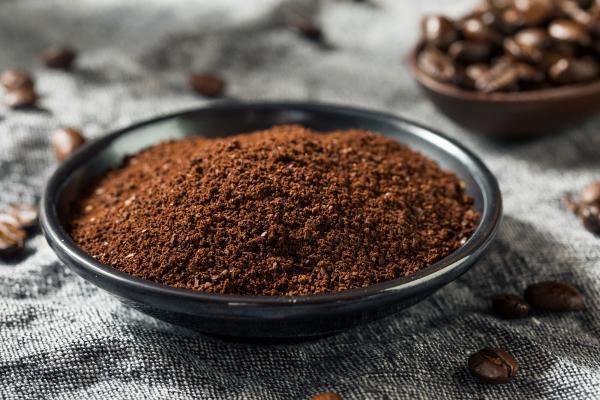 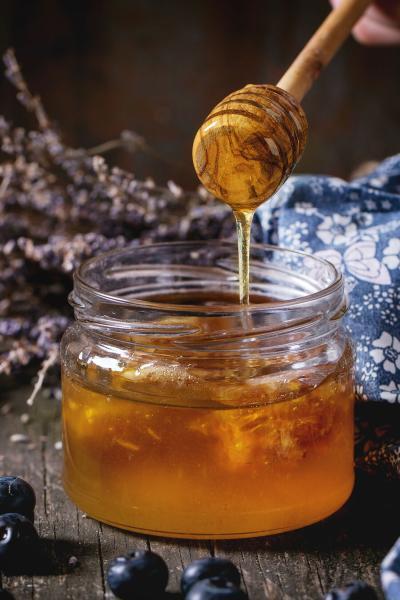 Honey has been called the only food that truly lasts forever, thanks to its magical chemistry and the handiwork of bees. The nectar from flowers mixes with enzymes inside the bees that extract it, which changes the nectar’s composition and breaks it down into simple sugars that are deposited into honeycombs. Fanning action from the bees’ wings and the enzymes from their stomachs create a liquid that is both highly acidic [PDF] and low in moisture—truly inhospitable digs for bacterial growth.

The processing and sealing of honey also adds to its indefinite shelf life. Despite being low in moisture, honey’s sugars are hygroscopic, which means that they take in moisture from the air. When the heated and strained honey is sealed properly, moisture cannot be absorbed, and the honey stays the same forever. The oldest jar of the sweet stuff ever found is believed to be 5500 years old. 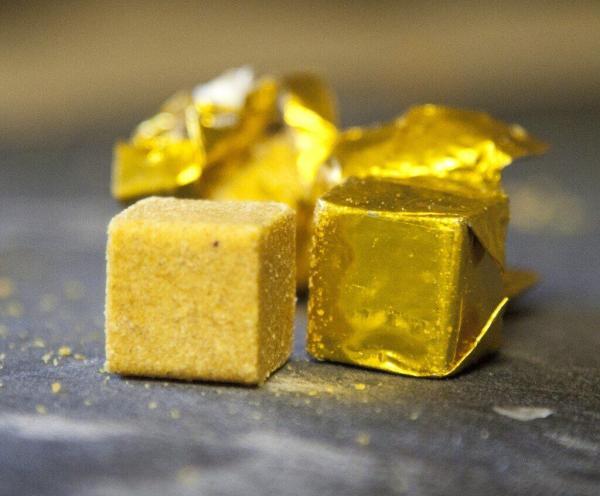 Bouillon cubes keep forever in airtight containers. A great substitute when making broths and soups, Bouillon cubes can keep for more than two years once opened. Store them in an airtight container in your fridge and they can keep for another 18 months. Unopened or frozen they could last for more than a decade, but by then you might find the flavor lacking! 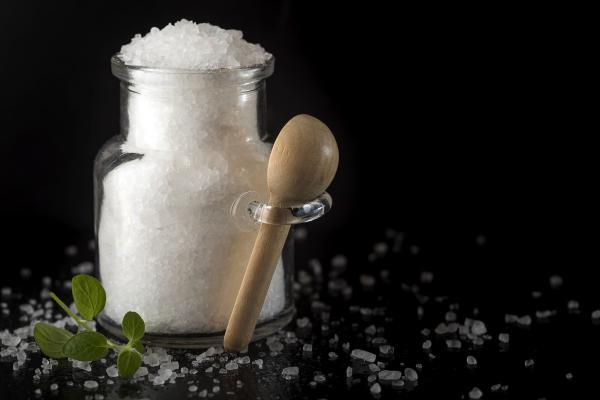 Given that sodium chloride is a mineral that is taken from the Earth, its permanence should come as no surprise. It has also been used for centuries as a tool for preserving other foods (or bodies) because it removes moisture. The salt in your cupboard may not last forever, though. Morton Salt points out that adding iodine to table salt reduces the shelf life, so if your container says iodized salt, expect it to only last about 5 years. 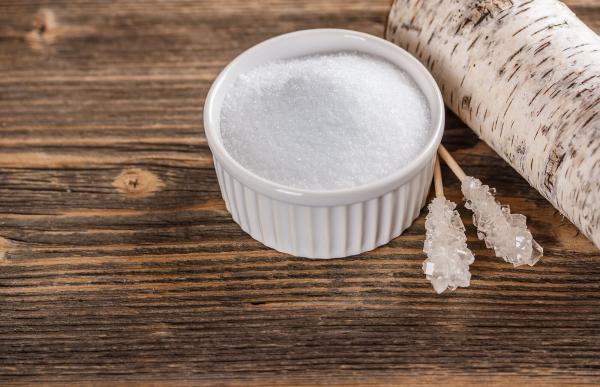 As with other items on this list, the storage method you use for your sugar determines whether or not you can keep it forever. Powdered and granulated sugar are best kept in airtight containers to keep the moisture at bay. Retailers are required to stamp bags with dates, but manufacturers say that even hardened brown sugar is still edible once it has been softened. 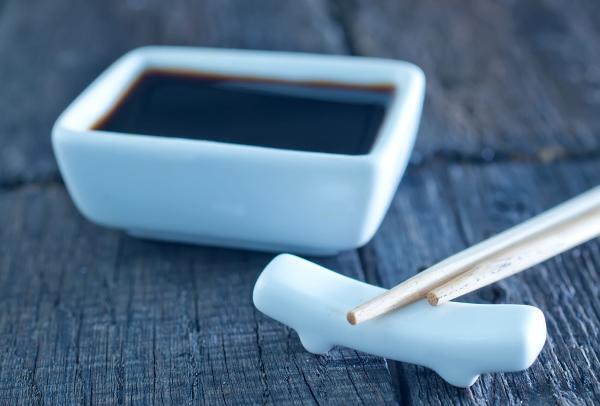 The consensus seems to be that it depends on the type and which additives a particular brand uses, but when left unopened, soy sauce will last a very long time. Even after it has been opened, the salty condiment can keep for years in your refrigerator. 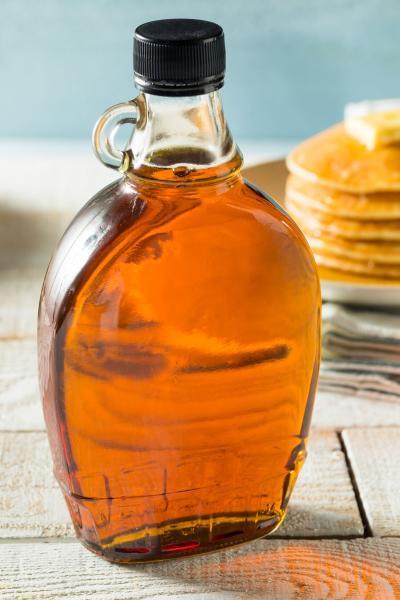 A Guide to Food Storage for Emergencies by Utah State University lists pure maple syrup along with other commercial sugars (like honey and granular sugars) as having an indefinite shelf life “due to their resistance to microbial growth, including molds.” The Massachusetts Maple Producers Association agrees that unopened maple syrup will last forever, but they also provide consumers with instructions should molding occur: “If any harmless mold should form on the surface, merely bring the syrup to a slight boil, skim the surface, and pour into a clean container and refrigerate.” 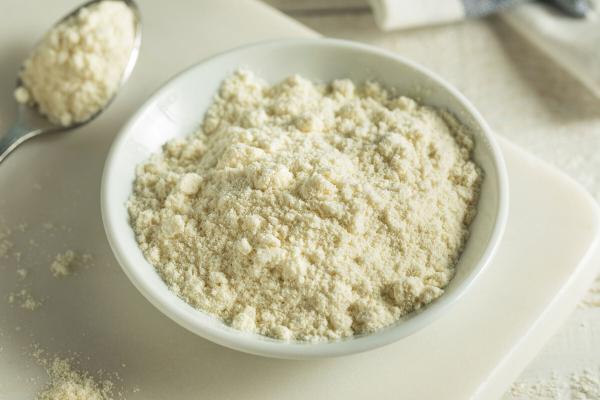 The taste isn’t quite as good, but one of the main reasons that powdered milk exists is because it lasts longer. It is also easier to transport and store than fresh milk. 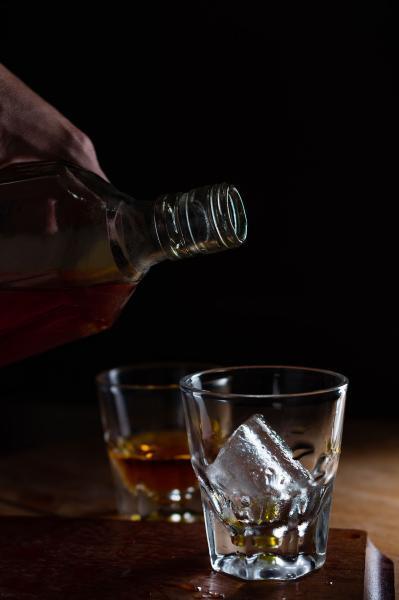 The one thing we learned with COVID-19 is that we need a good, stiff drink every now and then. Toss out the cream liqueurs, but you can always keep a stash of the hard stuff. While the flavors will almost certainly change because of oxidation, and an opened bottle may be short a few ounces because of evaporation, your spirits will be OK to drink as long as there is someone there to drink them. 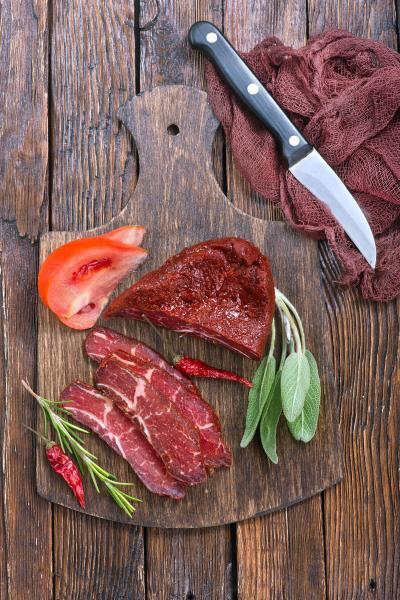 Invented by Native American tribes, pemmican is still a favorite of survivalists looking for a long-lasting source of protein. Original recipes included dried meat from big game animals like elk or buffalo, which was ground into a powder and mixed with available berries and rendered fat. The finished pemmican could then be eaten raw, stewed, or fried. Today, recipes for pemmican are often slightly modified, given food safety and dietary concerns and available ingredients, but some still swear by the superfood’s staying power. 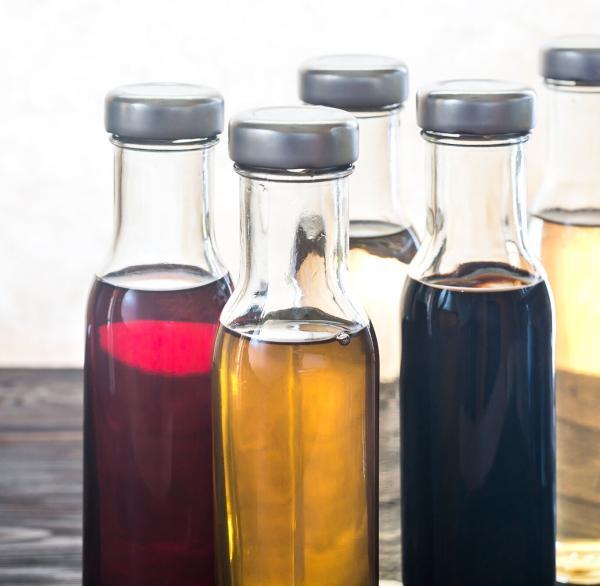 Balsamic vinegar and all other kinds of vinegar are always safe to use. If the cap is sealed, all types of vinegar can be kept indefinitely, but when it comes to cooking, the acidic flavor may change over the years. 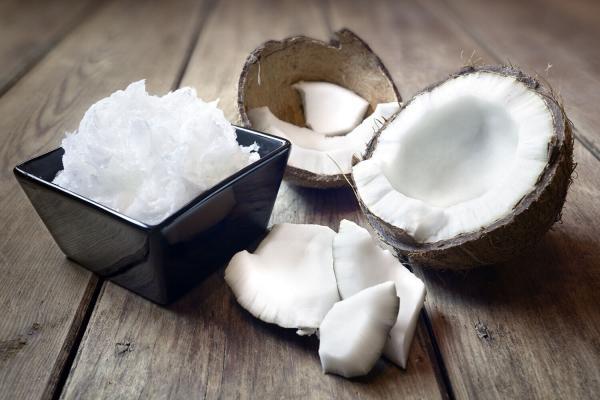 Due to its high saturated fat content, virgin or extra-virgin coconut oil can last an indefinite amount of time. On the other hand, expeller pressed and refined coconut oils have a shorter shelf life of about two to three months because they’re lacking in protective antioxidants. 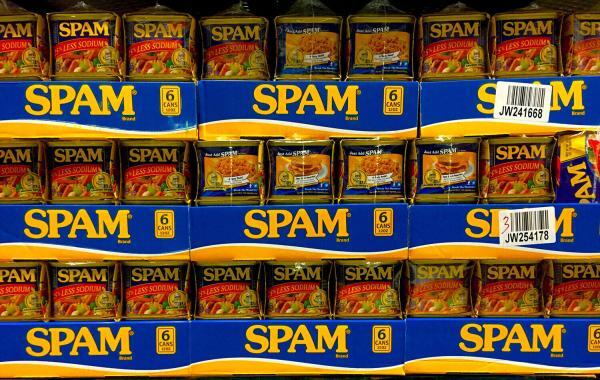 Spam is another product that lasts forever (or almost). While it does have an expiration date, it has high sodium and sugar levels. It does have a best before date, so check the can if you are unsure. Spam is a brand of canned cooked pork. It’s a pre-cooked meat product that’s convenient and has a long shelf life.  Because it’s high in fat, calories, and sodium, it’s not the perfect food source,e but it’s a nice alternative to beans and rice. Spam is made of a total of only six ingredients, pork with ham meat added, salt, water, potato starch, sugar, and sodium nitrite. Because Spam comes precooked, it can be eaten cold directly out of the can, although most people find it more appetizing if it’s been cooked or heated. 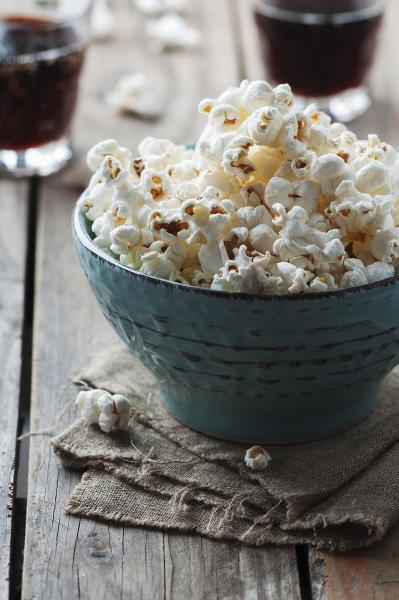 Popcorn kernels can last indefinitely if stored unopened in an airtight container.  I always keep kernels in my cabinet to throw into my air popper for a quick snack. Air-popped popcorn is one of my favorite go-to crunchy snacks as it is 100 percent whole grain and a relatively good source of fiber. Plus, you get a great bang for your nutritional buck, as the serving size is several cups of popcorn, compared to a serving of only a few chips or pretzels.

Things to stock up on that almost never expire!

Right now, there are currently 231 others online, just like you!