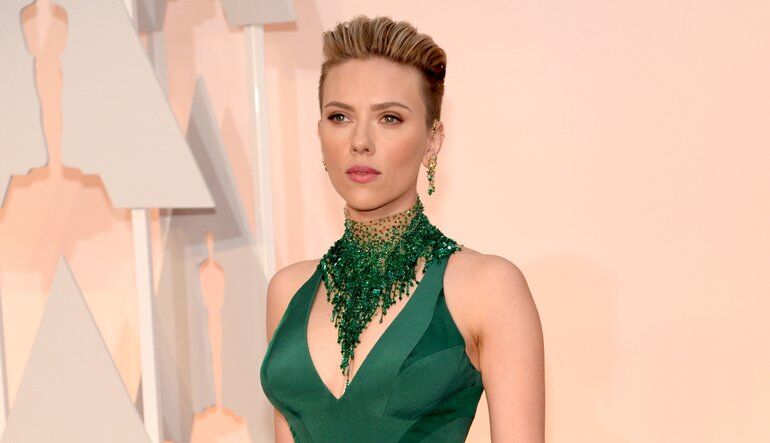 This is the transcript of  Scarlett Johansson’s Speech At The Women’s March On Washington last year (January of 2017). Her words today have just as much meaning as when she said then a year ago. They are important and it is for this reason, I want to share them with you now.

Have you been to the gynecologist yet?

That was the question my mom asked me at 15 when I informed her about a change that I just noticed in my body.

Now I’d like to start off by saying I am not by nature a particularly private person but by profession, I am extremely private. I’m not the type to divulge facts about my personal life, I am fiercely protective of my family and I have no social media presence. But I feel that in the face of this current political climate, it is vital that we all make it our mission to get really, really personal.

So, yes, at 15, I had been to a gynecologist. I was living in New York City and had visited a Planned Parenthood there.

My mother moved to California, a few years before my brother Hunter and I were living with my father and at 15 I had been working in the Entertainment Industry for 8 or so years – and had been fortunate enough to be eligible for private health insurance through my union.

Our families struggled financially. We’d been on public assistance for several years and I was primarily responsible for making my own doctors appointments but still – I was nervous about taking this next stride towards womanhood.

And it was actually my clinician at Planned Parenthood who suggested I speak with my pediatrician if I was seeking a referral. She was compassionate and professional and told me that she was happy to treat me for regular checkups, and when the time came, for STD and cancer screenings.

No judgment. No questions asked. Planned Parenthood provided a safe place where I could be treated with gentle guidance. Now, I may have been 15 and surprisingly self-sufficient but I’m sure there isn’t one person here who has not been helped by Planned Parenthood directly or otherwise.

When I knew I was coming to speak on behalf of women’s reproductive and health issues, every single one of my girlfriends had a story about Planned Parenthood.

They saved me so many times, one of my best girlfriends confided in me, saying: They saved my ass and some other parts too. When I found out I had pre-cancerous signs I never wouldn’t have known about without my annual checkups, and her speech grew more emphatic and emotional as she described how the organization had helped her decide between treatment options. She was able to make some difficult decisions – deciding what was right for her, her body, and her then partner without anyone else’s interference.

My sister also used Planned Parenthood service for years after moving states, she’d been living her whole life in New York City pursuing her dream to move to California. She had no contacts and no health insurance but was able to regularly see a doctor at a Planned Parenthood clinic for screenings, advice, birth control, and check-ups.

For the more than 2.5 million patients a year that rely on Planned Parenthood services, for cancer and STD screenings, birth control, safe abortion and pregnancy planning, these are uncertain and anxious times.

Lawmakers in 24 states have tried to block patients from receiving care at Planned Parenthood.
Congress has voted to limit access to reproductive services 9 times. Booo! Yes! Boo!
There are very real and devastating consequences to limiting access to what should be considered basic health care.

For millions of Americans planned parenthood is often the only trustworthy and affordable clinic providing safe education, sex education, safe abortion and life-saving services.
President Trump, I did not vote for you.

That said, I respect that you are our president-elect, and I want to be able to support you. But first, I ask that you support me. Support my sister. Support my mother. Support my best friend and all of our girlfriends. Support the men and women here today that are anxiously awaiting to see how your next moves may drastically affect their lives.

Support my daughter, who may actually as a result of the appointments you have made grow up in a country that is moving backward, not forwards, and who may potentially not have the right to make choices for her body, and her future, that your daughter, Ivanka, has been privileged to have.

I ask you to support all women and our fight for equality in all things, including the fight to be recognized as individuals, who know better for ourselves what is right for our bodies, better than any elected official, popular or otherwise.

It is a great honor for me to be speaking here in front of all of you today.

After the result of this Novembers election, I felt as a woman, as an American citizen, a great weight bearing down on my shoulders – the feeling that the near future would present many obstacles, confrontation, and division. My immediate thought on hearing the election results was: “Oh man, we have so much work to do!”

But once the heaviness began to subside I realized that an opportunity presented itself to make real long-term change. Not just for future Americans but in the way that we view our responsibilities to get involved with and stay active in our communities.

Let this weight not drag you down but help to get your heels stuck in.

I will not stop fighting to make basic women’s health care available to all.

I believe with every fiber of my being that the conversations that we have with our partners and our doctors about what we do with our bodies and our future should not be made fodder for any politician political agenda, lawmaker, and for-profit corporation.

We must stand up for what are our basic human rights and always move forward. Never backwards.

The current political administration benefits from taking the power away from us.

Don’t give up your power. DON’T! Don’t let the feeling of helplessness make you complacent.

I urge you all to make a difference on the ground. Volunteer! Volunteer with organizations that help women seeking a safe place to make some of the most difficult decisions of their lives. Donate to causes. 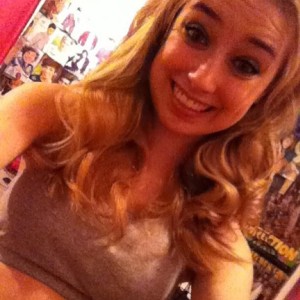