Weekend With The Tycoon by Kaira Rouda is a contemporary romance novel — a sort of office romance that takes place outside of the office between a boss and his employee. 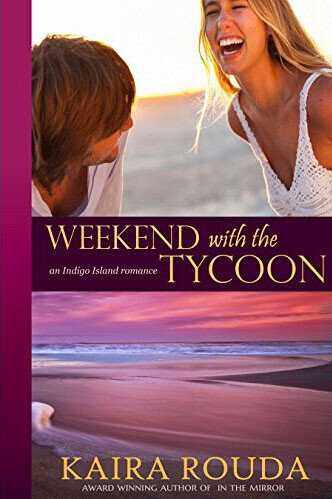 If this same book was released by an indie author, it probably wouldn’t have bothered me so much, but the author is this book is a USA TODAY bestselling author. She’s not just some person out there struggling to try and make it. She has her books published by real companies with actual budgets for things like editing and fact-checking. However, when it came to publishing this book, apparently, things like facts or reality didn’t make the cut.

I personally love the contemporary romance genre because, to me, they are books that are set in the real world, based on things that could happen. Okay, chances are they probably won’t, but hey – they could. This book, however, is just so full of horrible problems; it’s just too hard to wrap my mind around, so it prevented me from really getting into the book.

This story is about a young girl who is called up to her boss’s office but not just her direct supervisor … nope, she’s sent right on up to the CEO of the company. He, it seems, has a special project he needs her to work on over the weekend, and it requires her to get some new, really expensive clothes. After getting fit for her new fancy, over-the-top expensive clothes she heads off to this secret event she doesn’t really know much about, only to find out that it’s not really working at all. She’s been tricked into thinking it was a work event but really she’s to go to this island getaway and be the CEO’s date.

Now she could refuse and head back home and probably get fired, or she could go ahead with the date and then use it to blackmail him into giving her a raise or promotion or whatever. Why? Because this CEO apparently isn’t really all that smart because he didn’t have her sign a confidentiality agreement. You know that thing that rich and famous people make people sign so that normal folks like us can’t run off and tell the media any of their secrets.

So this CEO has now basically committed sexual harassment, tricking his employee into pretending to be his date. She could the guy or blackmail him, and these are the kind of things I was thinking of while reading this book. I just found it so hard to get into the story because there were so many flaws with the logic behind it.

I give Weekend with the Tycoon a SKIP IT. Any publishing company that doesn’t bother editing or fact-checking their author’s work before publishing it doesn’t deserve any of my money.

Right now, there are currently 168 others online, just like you!