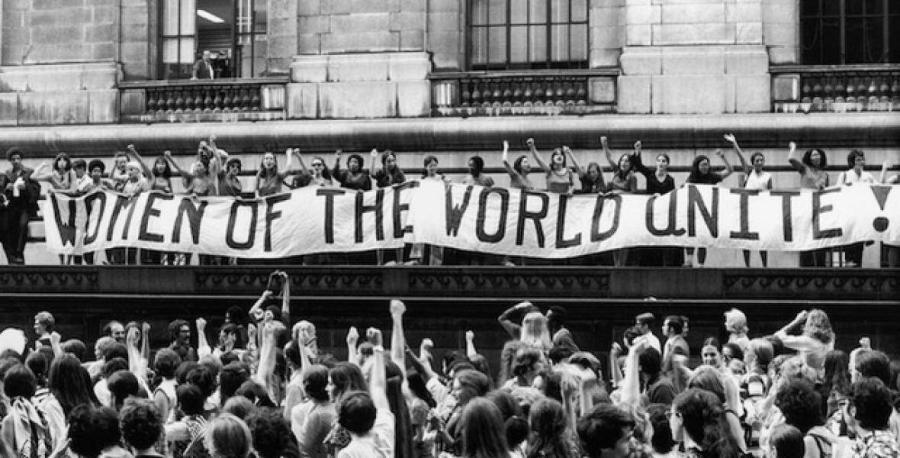 What is Feminism, and why has the word gotten such a bad reputation?

The word “feminism” simply means “the advocacy of women’s rights on the basis of the equality of the sexes.” It’s not about hating one gender over another or thinking anyone is better than another. It really is just about equality – nothing more, nothing less. 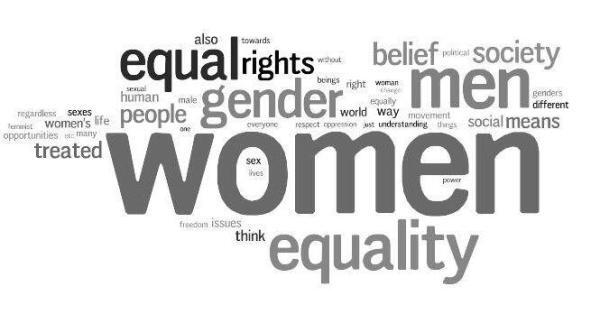 And yes, even men could be a feminist. It’s not about being a woman. It’s about the belief in equality. 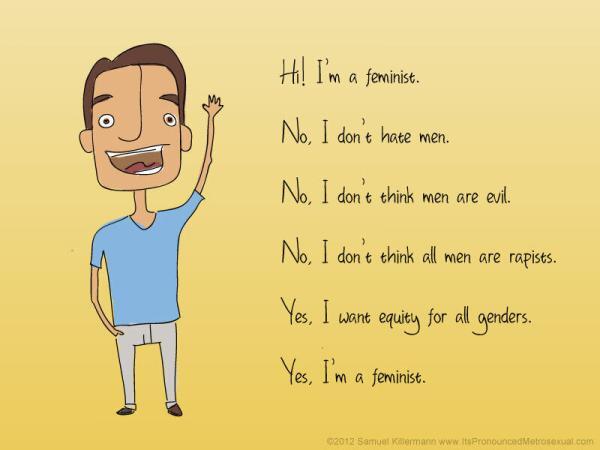 Feminism is not a radical notion. Women are people too and deserve the same rights as men.  So how then did the word feminism get such a bad rep?

In the 1970s, women fought for the right to work, and then in the 1980s, feminists fought for equal pay. If two people did the same job, and all other things are equal, shouldn’t both people make the same money?

A female shouldn’t get paid less just because she’s a female. Yet, more often than not, she does. Women, on average, get paid $.78 for every $1 a man earns.

But in the end, what you need to know is that feminism isn’t a bad term. It’s about equality.  It’s not about hate or gender bias. It’s about the belief in equality. Nothing more, nothing less.

You can be a feminist and not hate men. Feminism isn’t about hate, it’s about equality.

A man doesn’t have to worry about being assaulted because of what he wears, but women sometimes do. That’s not okay. If all things were equal, then it wouldn’t matter what a woman wore. A woman shouldn’t fear for her safety just because she wore a low-cut shirt or a short mini-skirt. 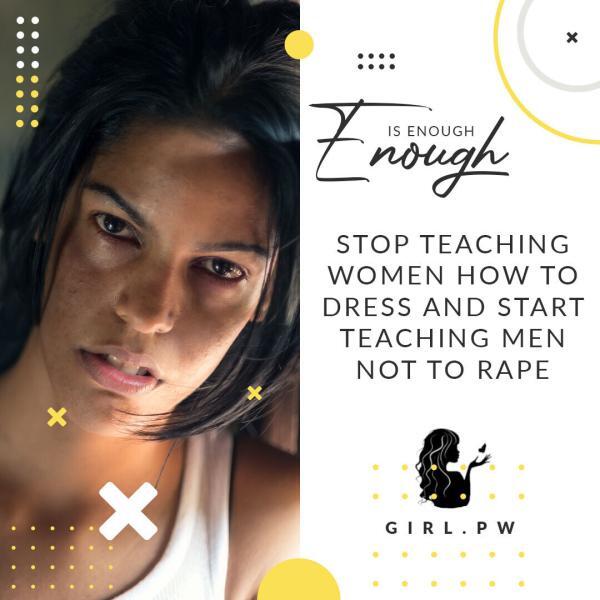 For decades when a woman reported a sexual assault, one of the first questions asked was, “What was she wearing?” It shouldn’t matter what a woman wears. We shouldn’t spend our time teaching young girls what to wear, but instead, we need to teach young boys not to rape.

But more than just sexual violence, women face a variety of important issues. Imagine being told you can’t get a credit card because you are no longer married. For decades credit card companies discriminated against women. Although this isn’t as common anymore, it does still happen and it’s only one of the many issues that females face.

The perception of feminism needs to change. The misperception is that it’s about hating men or traditional family values. That couldn’t be further from the truth. Feminism is about equality. Not more. But equal.

A movement that is about empowering women is seen as threatening. Even worse, the media creates a negative stereotype of these powerful women. That’s a big reason why the term feminism has such a negative connotation.

If you have a group of right-wing commentators who claim feminists are braless lesbians who want to destroy traditional family values and who repeat that message over and over again, people will eventually start to think that’s true.

Some people say we need to redefine what feminism means, but I don’t agree. I think the better solution is to reclaim the real meaning through education about what the feminism movement is really about. Education really is key.

Look at this post that I came across recently on Facebook. This is the kind of toxic masculinity that does real and serious damage to women. Sadly weirdos like this guy truly believe things like this.

So what can you do to make a difference? Start spreading the word, and tell everyone you know about what feminism really means. Talk about issues like equality and toxic masculinity. Share this article with your friends on Facebook and post #girlpower memes on Instagram! It’s not the full answer, but it is a  start.

We all have heard the term “Feminism,” but so few really understand it.

Feminism is defined as the collective set of movements aimed at defining, defending, and establishing equal political, economic, and social rights and opportunities for women. It is the right of every citizen to have equal opportunities in every field of work to enhance productivity and diversity in the field. In addition, inequalities have created a society based on injustice and dominance of the opposite sex. Feminism is sometimes misinterpreted as hate against males, but instead, the phenomena seek gender equality and argue that men are also harmed by sexism and gender roles.

The concept of feminism started in western society as a result of long oppression and gender discrimination from the 18th century. Earlier, the initial narratives were to allow women to vote. Can we even imagine a democracy where almost half the population does not have the right to vote? Yet, there are still countries, even in the 21st century, where women are not allowed to vote.

Every feminist movement had different motives and goals depending on time, country, and culture, with one basic goal to achieve equality, nothing more, nothing less.

Historians have differentiated feminism into three major waves based on time periods and different aims in each wave. Every wave aimed to liberate women from gender discrimination laws and social inequalities.

However, some feminist organizations are heavily criticized for being racist and ignoring the collective effort of the worldwide attempt to bring equality in society and choose only the effort of some famous white women, which contradicts their own concept of equality.

Feminism has undoubtedly brought empowerment to women and created a life of whole new opportunities and possibilities. From the early goal, the right to vote, to motives like education, equal civil rights, and political participation, feminism has improved existing laws. These improvements have eventually made society better and motivated women to have the right to pursue their passions or simply do what they want to.

Following are some major goals of feminism

Today it is normal for women to go to college and pursue their professional life, but in the mid-20th century, it was way more difficult for women and girls to pursue their education due to the fact that society never realized the phenomena of gender discrimination and never considered women to be an equal part of the society. Feminists supported the encouragement to educate not only as a last resort for a woman but to have equal opportunity in all programs, including politics, education, and sports.

One of the major goals of feminism is the equal right amendment, sex discrimination civil right acts, equal pay and opportunities law, and many other laws which ensures equality. Feminists raised their voice against so-called “protective legislation,” often used to promote unequal opportunities, and called out for laws limiting women’s professional and social achievements.

From the early 18th century, when women did not even have the right to vote, to the time where heads of the country were women, our society has evolved significantly due to women’s participation. In the early stages, the league of women voters existed for one main cause, which was to get women the right to vote, but in the 1960’s it extended the motive to not only vote but to participate in the legislation and ensure the political existence of women. The process not only encouraged the women but they were recruited, trained, and were provided with financial assistance if needed.

Women conventionally had some typical roles to play in the plays, dramas, and to break the stereotypical mindset where a woman’s role was to “look for a man”, feminists expanded opportunities for females to play the central lead.

Feminists helped spark debate over assumptions embedded in our language that reflect the assumption of a male-dominated patriarchal society. Language was often centered around males, assuming that humanity was male and women were exceptions. Use neutral pronouns? Identify words with gender bias? Invent new words? Many solutions were tried, and the debate continues into the 21st century.

What is Feminism, and why has the word gotten such a bad reputation?

Right now, there are currently 33 others online, just like you!
Menu