Why do we blame the other woman when a man cheats?

I read a very interesting article the other day in Women’s Health Magazine that asks a simple question … when a man isn’t faithful, why do we all immediately jump to blame the other woman? Is that really fair considering it takes two to tango?

Consider the word “homewrecker” for a second.

Did the image of a man or woman come to mind? With cheating scandals, we all love to blame “the other woman” (especially if she looks like Kate Upton). We judge the nannies who come between celeb couples like Ben and Jen, Gwen and Gavin, and Jude and Sienna, with a vengeance; and let’s be honest: Six kids later, a lot of women still don’t like Angelina (but Brad, he’s great). In our heart of hearts, we know it takes two to tango (or, shall we say, have sex outside monogamy)—so why is it that women still get all the blame? Let’s examine the psychology: 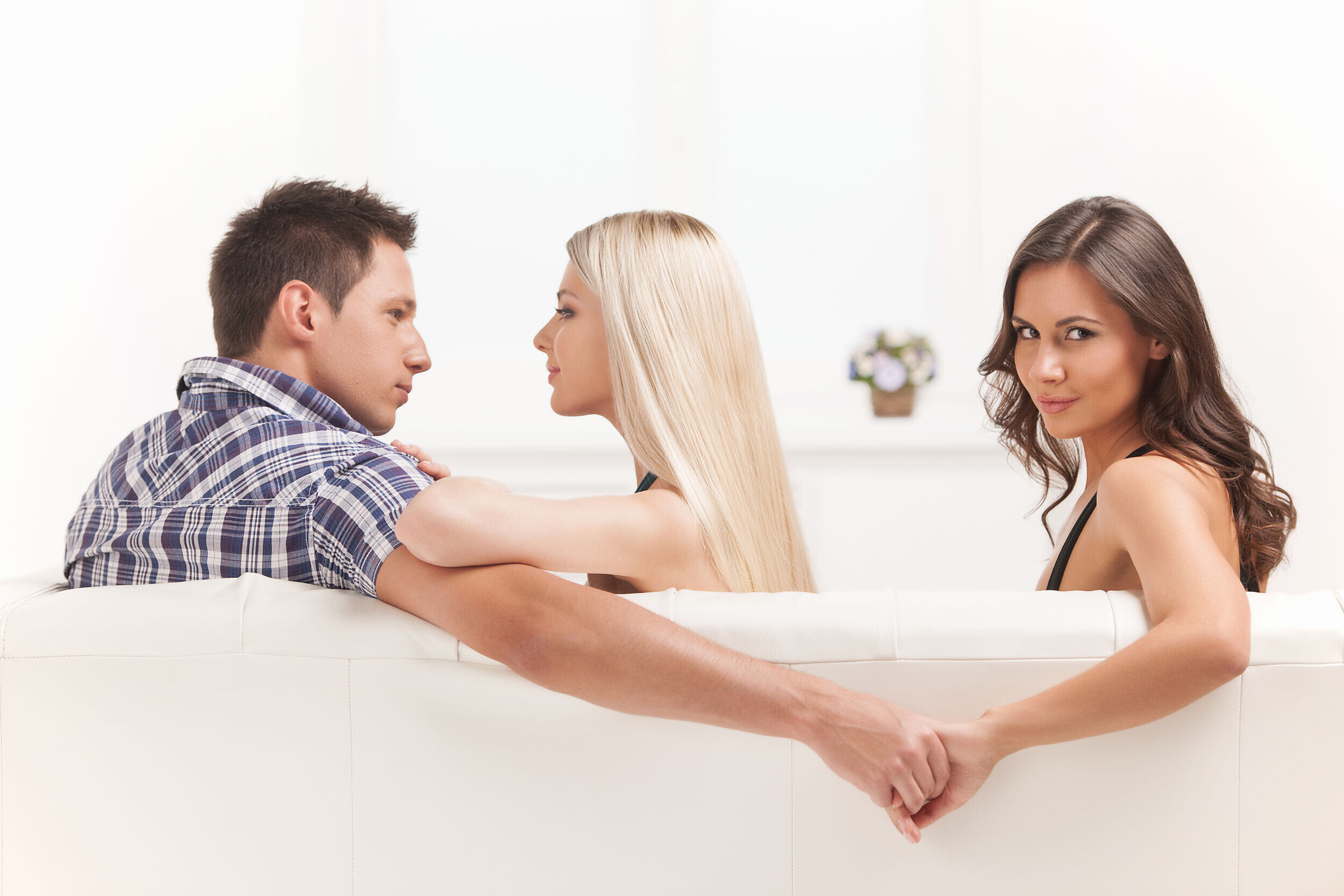 1. We Assume Guys Are Bad Anyways
Fact: Men commit the majority of heinous crimes we see on TV and read about online. “There’s this assumption that men are dogs and women are the nice ones,” says Christine Hartman, Ph.D., a behavior scientist and relationship expert. “When women do something bad, it’s easier to get mad at them because we think they’re acting outside their true nature.” It’s as if they’ve broken a sacred code (you know—the one that goes ‘don’t get with my man and I won’t sleep with yours’). The woman is considered an evil bitch while the man is accused of making a mistake, yet in reality, he’s the only one that’s broken any kind of contract.

2. It’s Easier to Hate Her
“The other woman is an easy target—especially if you don’t know her, or she’s not your friend. Hating the person you love that wronged you, on the other hand, is confusing,” says Hartman. “Putting the blame on him makes you address uncomfortable questions, like ‘what if our marriage is a sham?’ ‘Maybe he’s not who I think he is?’ ‘Am I going to be alone the rest of my life?’” And, most of the time, if we’re lashing out at her, it’s because we plan to stay but need a place to put our anger, says psychologist Brandy Engler, Ph.D., author of The Men On My Couch. (And we know yelling at him will only jeopardize the relationship more.)

3. We Think She Tempted Him
Call it slut-shaming 101: “We think, ‘if I can just get rid of her everything will be ok,’ because she’s tempting him and making it easy for him to cheat. But we know there’s a million reasons why guys cheat, and usually it’s a bigger problem than just getting rid of one woman—that’s like treating the symptom,” says Hartman. What is more effective: Forget about condemning the other woman, and try to understand his behavior. “Rarely do guys cheat because their partner isn’t beautiful enough or the woman he cheated with is more beautiful—he’s usually acting out because he’s angry at his partner or hasn’t been getting his emotional or physical needs met,” says Engler.

So, next time you’re trying to console a friend who has been cheated on, or—gulp—dealing with a cheating situation of your own, heed the temptation to clapback at the other woman. At the end of the day, she’s just another lady looking for love.

Why do we blame the other woman when a man cheats?

Right now, there are currently 637 others online, just like you!