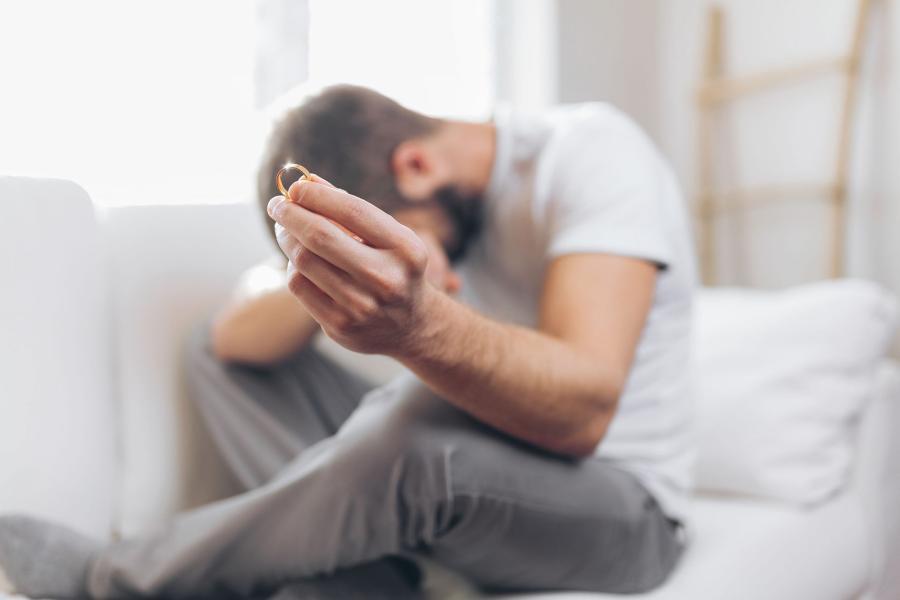 Do you expect to much from your partner?

I found a great article about how marriage has changed in recent years, and why staying married has gotten harder.

Tall, dark, handsome, funny, kind, great with kids, six-figure salary, a harsh but fair critic of my creative output … the list of things people want from their spouses and partners has grown substantially in recent decades. So argues Eli Finkel, a professor of social psychology at Northwestern University in his book, The All-or-Nothing Marriage.

As Finkel explains, it’s no longer enough for a modern marriage to simply provide a second pair of strong hands to help tend the homestead, or even just a nice-enough person who happens to be from the same neighborhood. Instead, people are increasingly seeking self-actualization within their marriages, expecting their partner to be all things to them. Unfortunately, that only seems to work if you’re an Olympic swimmer whose own husband is her brusque coach. Other couples might find that career-oriented criticism isn’t the best thing to hear from the father of your 4-year-old. Or, conversely, a violinist might simply have a hard time finding a skilled conductor—who also loves dogs and long walks on the beach—on Tinder.

I spoke with Finkel about how to balance this blend of expectations and challenges in a modern relationship. A lightly edited and condensed version of our conversation follows.

Olga Khazan: How has what we expect from our marriages changed since, say, 100 years ago?

Khazan: As in our spouse should, just to give a random example, provide interesting feedback on our articles that we’re writing?

Finkel: That’s obviously a white-collar variation on the theme, but I think up and down the socioeconomic hierarchy, it isn’t totally crazy these days to hear somebody say something like, “He’s a wonderful man and a loving father and I like and respect him, but I feel really stagnant in the relationship. I feel like I’m not growing and I’m not willing to stay in a marriage where I feel stagnant for the next 30 years.”

Khazan: Why has that become something that we are just now concerned with? Why weren’t our great-grandparents concerned with that?

Finkel: The primary reason for this is cultural. In the 1960s, starting around that time, we rebelled as a society against the strict social rules of the 1950s. The idea that women were supposed to be nurturing but not particularly assertive. Men were supposed to be assertive but not particularly nurturing. There were relatively well-defined expectations for how people should behave, and in the 1960s, our society said, “To hell with that.”

Humanistic psychology got big. So these were ideas about human potential and the idea that we might strive to live a more authentic, true-to-the-self sort of life. Those ideas really emerged in the 1930s and 1940s, but they got big in the 1960s.

Khazan: You write about how this has actually been harder on lower-income Americans. Can you talk a little bit about why that is?

Finkel: People with college degrees are marrying more, their marriages are more satisfying, and they’re less likely to divorce. The debate surrounds [the question]: Why is it that people who have relatively little education and don’t earn very much money have marriages that, on average, are struggling more than those of us who have more education and more money?

[However, lower-income people] have more stress in their lives, and so the things that they likely have to deal with, when they’re together, are stressful things and the extent to which the time they get together is free to focus on the relationship, to focus on interesting conversation, to focus on high-level goals is limited. It’s tainted by a sense of fatigue, by a sense of limited bandwidth because of dealing with everyday life.

Khazan: What is Mount Maslow? And can you try to reach the top of Mount Maslow and maintain a successful marriage?

As any mountain-climber knows, as you get to the top of a mountain the air gets thin, and so many people will bring supplemental oxygen. They try to make sure that while they’re up there at the top they have enough resources, literally in terms of things like oxygen and warm clothing, to make sure that they can actually enjoy the view from up there.

The analogy to marriage is for those of us who are trying to reach the peak, the summit of Mount Maslow where we can enjoy this extraordinary view. We can have this wonderful set of experiences with our spouse, a particularly satisfying marriage, but we can’t do it if we’re not spending the time and the emotional energy to understand each other and help promote each other’s personal growth.

Khazan: Is it risky to have your closest partner also be your harshest critic, so that you can grow?

Finkel: My New York Times op-ed piece focused on the challenges of having a partner who’s simultaneously responsible for making us feel loved, and sexy, and competent, but also ambitious, and hungry, and aspirational. How do you make somebody feel safe, and loved, and beautiful without making him or her feel complacent? How do you make somebody feel energetic, and hungry, and eager to work hard without making them feel like you disapprove of the person they currently are?

The answer to that question is, it depends.

For example, you might try to provide support that sounds more like this: “I’m just so proud of everything you’ve achieved, and I’m so proud that you’re never fully satisfied with it, and you’re just so impressive in how you constantly and relentlessly work toward improving yourself.” That can convey a sense that I approve of you, but I recognize what your aspirations are. Right?

[What’s more], there’s no reason why it has to be the same person who plays both of those roles. I would just urge everybody, think about what you’re looking for from this one relationship and decide, are these expectations realistic in light of who I am, who my partner is, what the dynamics that we have together are? If so, how are we going to achieve all of these things together? Or alternatively, how can we relinquish some of these roles that we play in each others’ lives, and outsource them to, say, another member of your social network?

Khazan: That’s the idea of having a diversified social portfolio, right? Can you explain how that would work?

Finkel: There’s a cool study by Elaine Cheung at Northwestern University, where she looked at the extent to which people look to a very small number of people to help them manage their emotions versus an array of different people, to manage different sorts of emotions. So, one person for cheering up sadness, another person for celebrating happiness, and so forth.

It turns out that people who have more diversified social portfolios, that is, a larger number of people that they go to for different sorts of emotions, those people tend to have an overall higher-quality life. This is one of the arguments in favor of thinking seriously about looking to other people to help us, or asking less of this one partner.

I think most of us will be kind of shocked by how many expectations and needs we’ve piled on top of this one relationship. I’m not saying that people need to lower their expectations, but it is probably a bad plan to throw all of these expectations on the one relationship and then try to do it on the cheap. That is, to treat time with your spouse as something you try to fit in after you’ve attended to the kids, and after you’ve just finished this one last thing for work. Real, attentive time for our spouse is something that we often don’t schedule, or we schedule an insufficient time for it.

Khazan: What is climbing down from the mountain? Should we try to do that?

Finkel: There’s the recalibration strategy, which is fixing an imbalance, not by increasing the investment in the marriage, but by decreasing the amount that we’re asking or demanding of the marriage.

Khazan: So what is “going all-in,” and what are the risks and rewards of that?

Finkel: The question isn’t, “Are you asking too much?” The question is, “Are you asking the appropriate amount, in light of the nature of the relationship right now?” The idea of “going all-in” is, “Hell yes. I want to ask my spouse to help make me feel loved and give me an opportunity to love somebody else and also [be] somebody who’s going to help me grow into an ideal, authentic version of myself. And I’m going do the same for him or her. I recognize that that is a massive ask, and because I recognize that that’s a massive ask I’m going to make sure that we have sufficient time together. That when we’re together we’re paying sufficient attention to each other, that the time that we’re investing in the relationship is well-spent.”

Do you expect to much from your partner?

Right now, there are currently 17 others online, just like you!
Menu