The Billionaire’s Instant Bride by CJ Howard is a contemporary romance novel. I’ll tell you right from the start, it’s not a book I would recommend.

GET THE BILLIONAIRE’S INSTANT BRIDE AT AMAZON 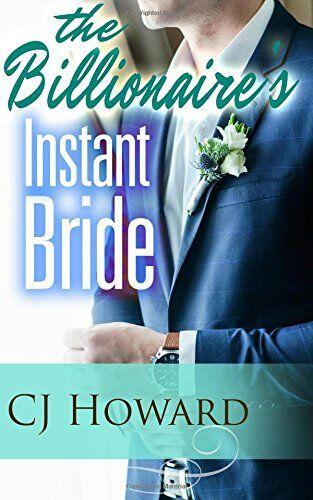 The plot for this book had so much potential. A girl needed money so she offered herself up on a Tinder-like mobile app called “Bride Bidder” where instead of finding a date or hookup for the night, you find yourself a marriage of convenience.

The problem was, although the basic idea was there, it just sorts of fell apart right from the beginning. My biggest problem with the book is the grandmother. They talk about how close they are but then don’t back it up. No grandmother would allow their beloved family member to wh**** herself out to pay off their back taxes. It’s just not going to happen.

The plot holes aside, the book was horribly edited.

Next, I wanted to point out something else I found odd. I couldn’t help but notice all the good reviews for the book. This, I totally couldn’t understand. How could a book obviously so poorly written with so many problems get so many good reviews?

Then it hit me. I read a review that was bad from someone else, and they summed it up best – the reviews were clearly purchased.

“That’s when I REALLY began to read the reviews, the good ones and I realized one word kept being repeated “dreamy” and trust me when I say nothing was dreamy about this story or the characters. Clearly this author bought herself some reviews and told them that was a word she wanted to use. I don’t know. All I can say is this book was horrible on so many levels. Seriously don’t waste your money.”

So long story short, this is not a book I could recommend.

I wouldn’t even recommend it if you could get it for free. It’s really that bad.

Right now, there are currently 178 others online, just like you!