The Prince is a contemporary romance novella. It’s part of The Selection series by Kiera Cass.

Before thirty-five girls were chosen to compete in the Selection . . . Before Aspen broke America’s heart . . . There was another girl in Prince Maxon’s life. Don’t miss this thrilling 64-page digital original novella set in the world of the New York Times bestselling novel The Selection. Also features a teaser for The Elite, Kiera Cass’s hotly anticipated sequel to The Selection. 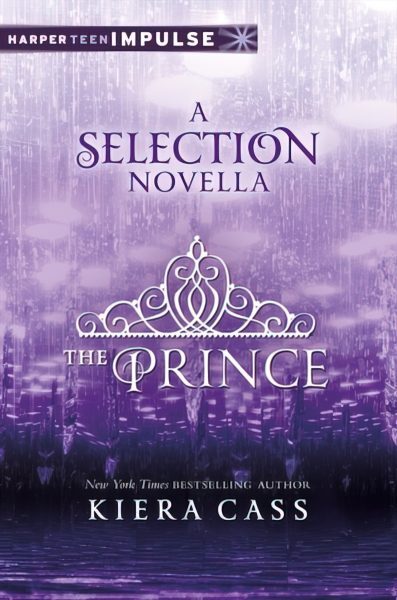 One of the bad things about reading The Selection series is how long you have to wait.  The first book was released on April 24, 2012, and to get book two, we had to wait just over a year. Book two (The Elite) was released on April 23, 2013. Just over a month prior to the release of book two in the series, the author released a small ebook (about 55 pages) on March 5, 2013 – the next book, thought to be called The One, is due out in April of 2014 – yet another full year away.  Three years to get to the end of a single story is just wrong in so many ways, but that’s a rant for another day.  For now, we’ll just discuss The Prince.

This book or teaser of a book gives us a look into the life of Prince Maxon before the Selection begins. Anyone who is a fan of the Selection series will want to get their hands on this little gem. It was well written and insightful to the story as a whole.

Buy it. As with all the books in this series, you might want to pick them back up later on and re-read them.

Right now, there are currently 16 others online, just like you!