Wife By Wednesday by Catherine Bybee is the first book in the Weekday Brides series. It’s a contemporary romance novel about a man who is in need of a fake wife. What he got when he showed up was more than he expected.

Blake Harrison: Rich, titled, and charming…and in need of a wife by Wednesday. Blake turns to Sam Elliot, who isn’t the businessman he expected. Instead, Blake is faced with Samantha Elliot, beautiful and feisty with a voice men call 1-900 numbers to hear. Samantha Elliot: Owner of matchmaking firm Alliance and not on the marital menu…that is, until Blake offers her ten million dollars for a one-year contract. And there’s nothing indecent about this proposal. The money will really help with her family’s medical bills. All Samantha will need to do is keep her attraction to her new husband to herself and avoid his bed. 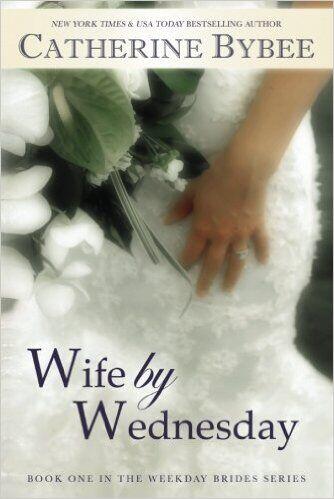 Wife By Wednesday is now available at Amazon

Who doesn’t love a great fake wife romance novel? This particular book is the first in a series of fake wife stories — each based on a different day of the week.

Honestly this story isn’t any different than the other 200 zillion fake wife stories out there, yet still you can’t help but love it. The characters are likable, the writing is done perfectly and when it’s all said and done, you can’t help but want the two to work out.

The main female character is probably what I liked most about this story. She was strong, independent, smart and has a great – take no shit attitude. It was cute and entertaining, exactly what I look for in a book.

I give Wife By Wednesday a BUY IT. It’s one of those books you’ll without a doubt want to re-read. It’s short, sweet and will leave you with a smile.

Right now, there are currently 182 others online, just like you!