Ask medieval historian Michael McCormick what year was the worst to be alive, and he’s got an answer: “536.” Not 1349, when the Black Death wiped out half of Europe. Not 1918, when the flu killed 50 million to 100 million people, mostly young adults. But 536. In Europe, “It was the beginning of one of the worst periods to be alive, if not the worst year,” says McCormick, a historian, and archaeologist who chairs the Harvard University Initiative for the Science of the Human Past.

A mysterious fog plunged Europe, the Middle East, and parts of Asia into darkness, day and night—for 18 months. “For the sun gave forth its light without brightness, like the moon, during the whole year,” wrote Byzantine historian Procopius. Temperatures in the summer of 536 fell 1.5°C to 2.5°C, initiating the coldest decade in the past 2300 years. Snow fell that summer in China; crops failed; people starved. The Irish chronicles record “a failure of bread from the years 536–539.” 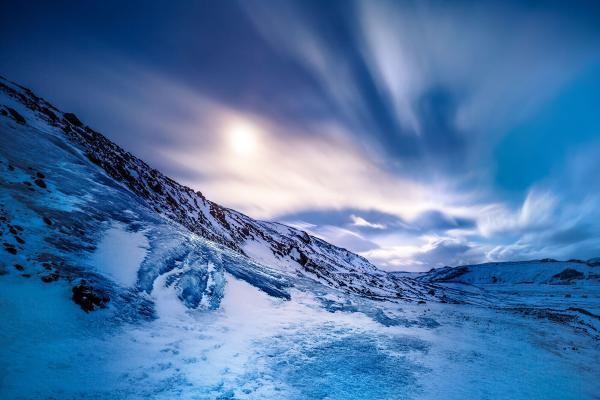 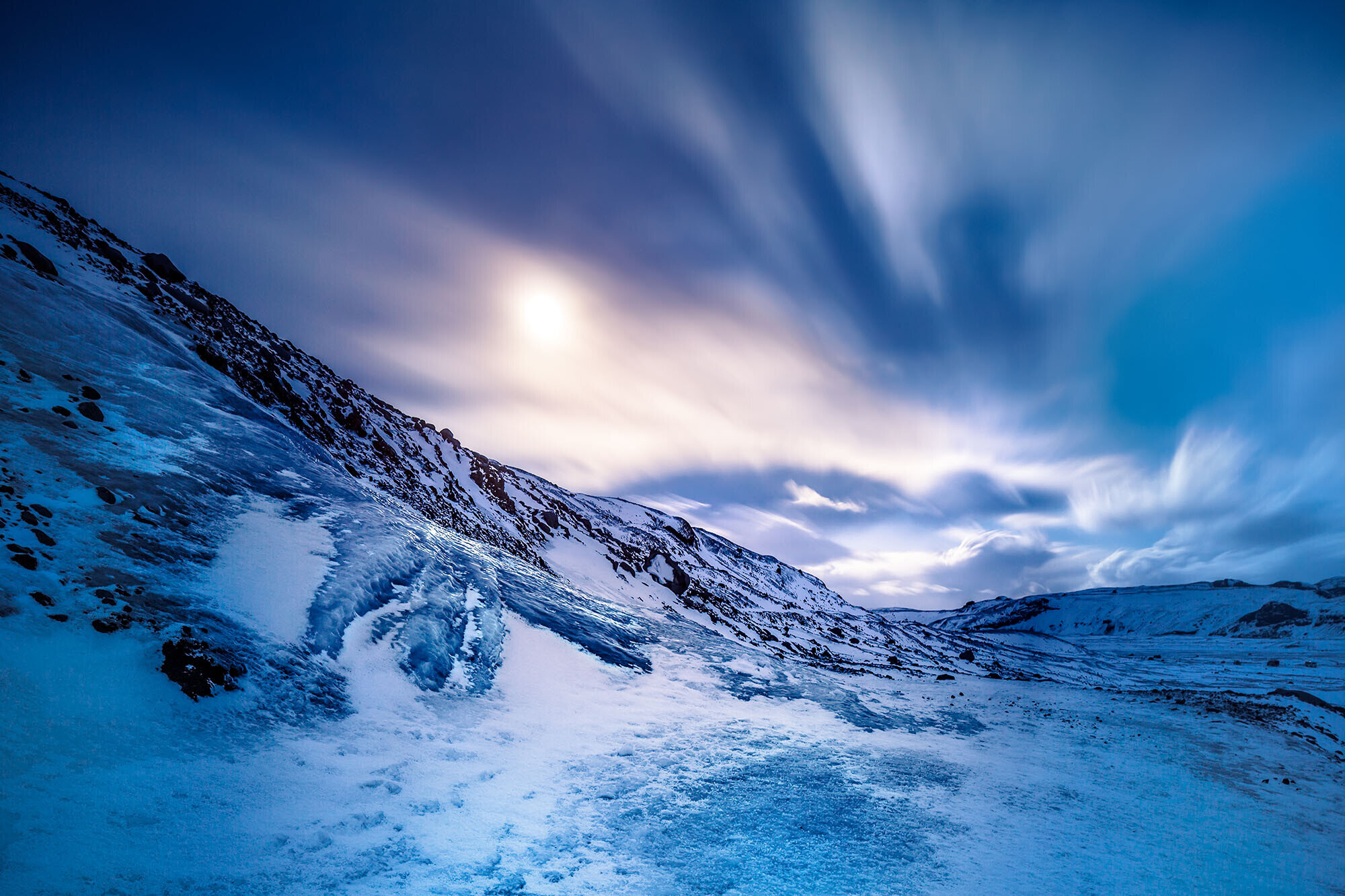 Then, in 541, bubonic plague struck the Roman port of Pelusium, in Egypt. What came to be called the Plague of Justinian spread rapidly, wiping out one-third to one-half of the population of the eastern Roman Empire and hastening its collapse, McCormick says.

Historians have long known that the middle of the sixth century was a dark hour in what used to be called the Dark Ages, but the source of the mysterious clouds has long been a puzzle. Now, an ultraprecise analysis of ice from a Swiss glacier by a team led by McCormick and glaciologist Paul Mayewski at the Climate Change Institute of The University of Maine (UM) in Orono has fingered a culprit.

At a workshop at Harvard this week, the team reported that a cataclysmic volcanic eruption in Iceland spewed ash across the Northern Hemisphere early in 536. Two other massive eruptions followed, in 540 and 547. The repeated blows, followed by plague, plunged Europe into economic stagnation that lasted until 640, when another signal in the ice—a spike in airborne lead—marks a resurgence of silver mining, as the team reports in Antiquity this week.

To Kyle Harper, provost and a medieval and Roman historian at The University of Oklahoma in Norman, the detailed log of natural disasters and human pollution frozen into the ice “give us a new kind of record for understanding the concatenation of human and natural causes that led to the fall of the Roman Empire—and the earliest stirrings of this new medieval economy.”

Ever since tree ring studies in the 1990s suggested the summers around the year 540 were unusually cold, researchers have hunted for the cause. Three years ago polar ice cores from Greenland and Antarctica yielded a clue.

When a volcano erupts, it spews sulfur, bismuth, and other substances high into the atmosphere, where they form an aerosol veil that reflects the sun’s light back into space, cooling the planet. By matching the ice record of these chemical traces with tree ring records of climate, a team led by Michael Sigl, now of the University of Bern, found that nearly every unusually cold summer over the past 2500 years was preceded by a volcanic eruption. A massive eruption—perhaps in North America, the team suggested—stood out in late 535 or early 536; another followed in 540. Sigl’s team concluded that the double blow explained the prolonged dark and cold.

Mayewski and his interdisciplinary team decided to look for the same eruptions in an ice core drilled in 2013 in the Colle Gnifetti Glacier in the Swiss Alps. The 72-meter-long core entombs more than 2000 years of fallout from volcanoes, Saharan dust storms, and human activities smack in the center of Europe. The team deciphered this record using a new ultra-high-resolution method, in which a laser carves 120-micron slivers of ice, representing just a few days or weeks of snowfall, along the length of the core.

Each of the samples—some 50,000 from each meter of the core—is analyzed for about a dozen elements. The approach enabled the team to pinpoint storms, volcanic eruptions, and lead pollution down to the month or even less, going back 2000 years, says UM volcanologist Andrei Kurbatov.

Darkest hours and then a dawn 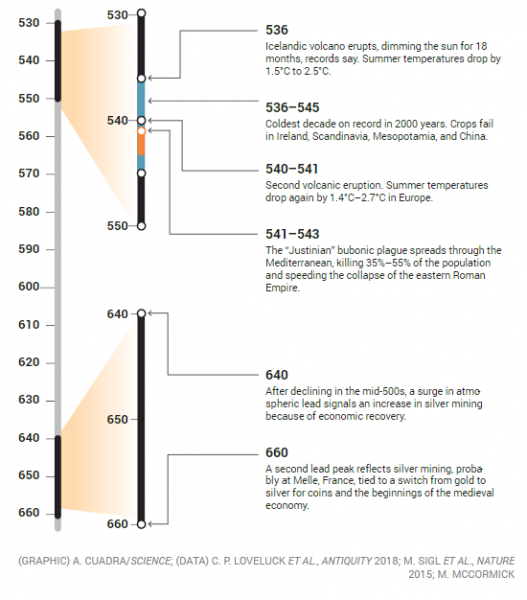 In ice from the spring of 536, UM graduate student Laura Hartman found two microscopic particles of volcanic glass. By bombarding the shards with x-rays to determine their chemical fingerprint, she and Kurbatov found that they closely matched glass particles found earlier in lakes and peat bogs in Europe and in a Greenland ice core. Those particles in turn resembled volcanic rocks from Iceland. The chemical similarities convince geoscientist David Lowe of The University of Waikato in Hamilton, New Zealand, who says the particles in the Swiss ice core likely came from the same Icelandic volcano. But Sigl says more evidence is needed to convince him that the eruption was in Iceland rather than North America.

Either way, the winds and weather systems in 536 must have been just right to guide the eruption plume southeast across Europe and, later, into Asia, casting a chilly pall as the volcanic fog “rolled through,” Kurbatov says. The next step is to try to find more particles from this volcano in lakes in Europe and Iceland, in order to confirm its location in Iceland and tease out why it was so devastating.

A century later, after several more eruptions, the ice record signals better news: the lead spike in 640. Silver was smelted from lead ore, so the lead is a sign that the precious metal was in demand in an economy rebounding from the blow a century before, says archaeologist Christopher Loveluck of the University of Nottingham in the United Kingdom. A second lead peak, in 660, marks a major infusion of silver into the emergent medieval economy. It suggests gold had become scarce as trade increased, forcing a shift to silver as the monetary standard, Loveluck and his colleagues write in Antiquity. “It shows the rise of the merchant class for the first time,” he says.

Still later, the ice is a window into another dark period. Lead vanished from the air during the Black Death from 1349 to 1353, revealing an economy that had again ground to a halt. “We’ve entered a new era with this ability to integrate ultra-high-resolution environmental records with similarly high-resolution historical records,” Loveluck says. “It’s a real game-changer.”

Right now, there are currently 628 others online, just like you!