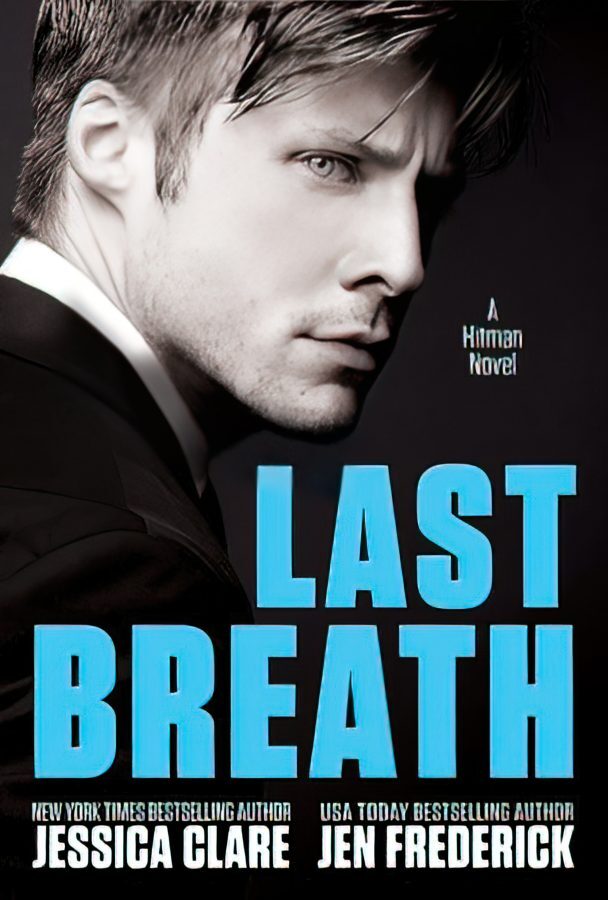 Last Breath is the second book in the Hitman series by Jessica Clare and Jen Frederick. Although this is meant to be a stand-alone novel, you’ll really want to read the first book in the series (Last Hit) to understand exactly what is going on as it picks up right where the other left off.

GET LAST BREATH AT AMAZON

As I warned you in the first book in this series, Last Hit, you should know that this book is a little different than most contemporary romances. These are stories about bad boys and good girls – really bad boys by the way — hitmen, real-life killers who have committed atrocious crimes.

Last Breath is a story about Regan and Daniel. It’s a continuation of the first book. Regan, we met in the first story – well kind of. She was Daisy’s roommate who was kidnapped and sold off to the highest bidder. And yes, I mean that in exactly the way you think I do.

She had a horrible two months in true hell, raped and beaten, and shipped off from one place to the next. When she arrived at a brothel in Rio she met an American, Daniel Hays.

Daniel Hays is also someone we met in the last book. We don’t know a lot about him, just that he’s a badass hitman, a former military man. He wasn’t really “friends” with Nickolai because let’s be real … men like this don’t really trust anyone enough to be true friends.

Unlike Nickolai, Daniel isn’t in the mafia but well, he is a hitman – a paid killer. But he does so for a reason. I don’t want to reveal any secrets about the book but let’s just say that Daniel is far more likable than Nickolai was. You really get why he does what he does.

Regan is all kinds of messed up as a result of what happened to her. I mean, who wouldn’t be?

Still, with Daniel’s help, she is about to work through some of her demons, enough to find her own version of happily ever after.

This story is very raw and gritty. It’s dark, very dark but also very heartwarming and by the end of the book, you’ll have a smile on your face.