The Proposal is a romance novel by Katie Ashley.

In the weeks following Aidan’s betrayal, Emma has tried her best to move on. Ignoring his countless texts, voice mails, and flowers, she isn’t sure she wants to be won back by him. But Aidan isn’t going down without a fight—especially not until Emma lets him reveal the secret of his past that caused him to be so commitment phobic. But fate intervenes when premature labor forces Emma on strict bed rest for two weeks. Aidan steps forward with a shocking proposal. To prove his love and commitment for her and their unborn son, he will take a leave of absence from work to care for her around the clock. Vowing to guard her heart, Emma reluctantly agrees.

While she is touched by Aidan’s attentiveness and tender loving care, Emma is thrown for a loop by the amorous attentions of ER doctor, Alpesh “Pesh” Nadeen. Pesh is everything Emma could ever want—successful, stable, and ready to settle down and be a husband and father. Pesh wants nothing more than to win Emma’s heart, but she is not sure she’s able to give it. Her heart may still belong to the very man who broke it—the one who is so desperately trying to win her back. 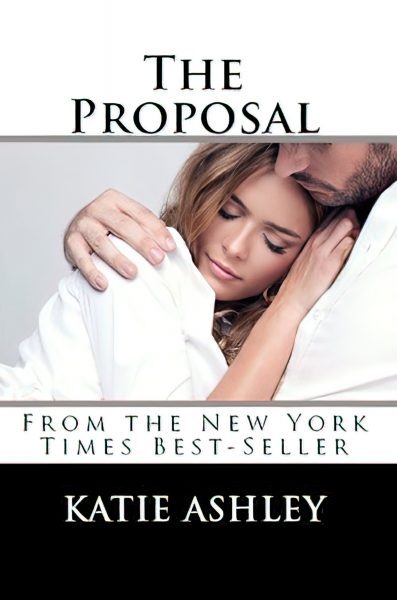 The Proposal is now available at Amazon

While I must admit the second book in the series is far better written than the first, and the editing has improved as well, there is still the fact that the characters themselves are beyond redemption. They are immature, selfish and just all around horrible people who really only care about themselves, and what they want – their friends and family be damned.

I was pretty sure that after reading the first book in this series there was nothing that the author could do to make me dislike the main characters even more than I already did. I however was wrong, oh so very wrong. Who kind of thoughtless jackass proposes to someone at someone else’s wedding? I mean seriously, how self involved do you have to be to even consider it? That person’s wedding should be about them. It’s their special day, not yours.  This book just makes me want to scream …  IT IS YOUR FRIENDS WEDDING, HER SPECIAL DAY – YOUR BEST FRIEND AT THAT. It’s not about you. It’s about HER. Shut up and be a drama queen some other day. Her other life long friend tells her that he is talking about marrying his boyfriend. She tells him to wait until she can lose some of the baby weight. Not OMG congrats! It was “it better be after I have a chance to lose some baby weight”. What a great friend there she is. Then the three friends must get into a long conversation about her and how great she looks and how great her boobs are instead of the wonderful news about his potential marriage.

Some people will argue that it’s not about the story, it’s about how well the story was written. Who says that? Of course it’s about the story. It’s all about the story. I don’t care about grammar or spelling (as long as it doesn’t distract from the story). I want to hear a good story and with characters that are this way, it’s hard to enjoy the story. I just can’t help but be sad for the author and think about what kind of bad person she is, if she thinks this kind of behavior and immature head-games in relationships are okay and if she thinks that 30 is old and her eggs are going to dry up. Hon, Gwen Stefani just announced she is pregnant and she is like 43.  The world isn’t going to come to an end if you don’t have a baby RIGHT NOW and being abusive to someone who you say is your long time friend because he won’t give you a sperm makes you a horrible horrible person.

And just so we can end this book on a high note, at the very end they take their baby, less than a year old to a bar. Aiden mentions that he is concerned about all the smoke and she blows up off saying he’s Irish he needs to get used to being around alcohol. They sit down and the waitress takes the baby. Aiden, the father is looking over at them and said something about keeping the baby away from the smoking section, then the mom of this poor little baby, Emma gets mad at Aiden for not paying attention to HER. She puts her hands on his face and forces him to look at her. Because you know, she’s the only person in the world that matters.  Babies health and well being be damned.

I really just hope that the money this lady made on these books is put to good use on a lot of therapy. Seriously. I know that’s mean and I really don’t like to say things like that but I think in this case I have no choice. GET SOME HELP KATIE ASHLEY. That kind of behavior is not okay.

I give THE PROPOSAL by Katie Ashley a BORROW IT. The book is okay but it’s highly unlikely you will ever have a desire to re-read this book. Once is more than enough. There are just far to many problems to make the book a keeper.

Right now, there are currently 169 others online, just like you!