Have you ever read a book that was so powerful it consumed your every thought for days or even weeks after you read it? Thoughtless was that book for me, which is the first book in this series. Thoughtful is the 4th book in the series. 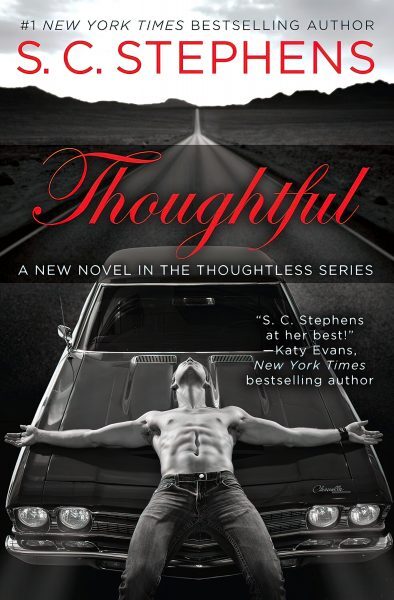 The latest release, Thoughtful is a rehash of the first book in the series, only this one is told from Kellan Kyle’s point of view instead of Kiera’s. It is in fact the exact same story you got in Thoughtless only now you get to experience it as Kellan Kyle. I wouldn’t have thought I would pay money to read the exact same story I’ve already read but damn if I didn’t do it and damn if I didn’t love every minute of it.

Thoughtful by S.C. Stephens is now available at Amazon

I give Thoughtful a big fat BUY IT. I know it might seem strange since it’s really the exact same story as Thoughtless, but in it’s own way it is different and if you loved the first book as much as I did then you’ll want to relive it from Kellan’s point of view.