Allegiant is a Young Adult – Dystopian novel by Veronica Roth. It’s the third book in the Divergent series. What if your whole world was a lie? What if a single revelation—like a single choice—changed everything? What if love and loyalty made you do things you never expected? The explosive conclusion to Veronica Roth’s #1 New York Times bestselling Divergent trilogy reveals the secrets of the dystopian world that has captivated millions of readers in Divergent and Insurgent.

An Amazon Best Books of the Month: Allegiant is the book you’ve been waiting to read, have to read. It’s as brilliant as I’d hoped, maybe even more so. –Seira Wilson 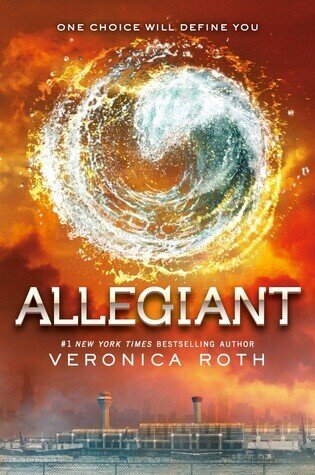 Allegiant is now available at Amazon

This is the final book of the Divergent series from Veronica Roth. It’s a series of book that follows the life of a 16 year old girl named Tris. The series has been solid and I quite honestly couldn’t wait to get my hands on this book. The first thing I realized is how many times I had to remind myself that the main character is a 16 year old little girl. She’s still a young child. Her actions and strength throughout the book make it hard to believe that sometimes.

What I truly liked about the book is that you finally got to find out what really is going on and why. It’s mind blowing when you finally get to the back story, going all the way back to book one. It’s jam packed with revelation upon revelation and twist upon twist. After taking you on a wonderful roller coaster ride of emotions, it really ended the series well. It may not be the ending you want, but it is a satisfying experience nonetheless.

So what it comes down to is this … if you read the other two books in this series, you totally will want to read this one. I mean, how can you not? You’ve come so far in the story-line already.

I give Allegiant and the entire Divergent series a BUY IT. It’s a good enough story that you might want to re-read them.

Right now, there are currently 13 others online, just like you!